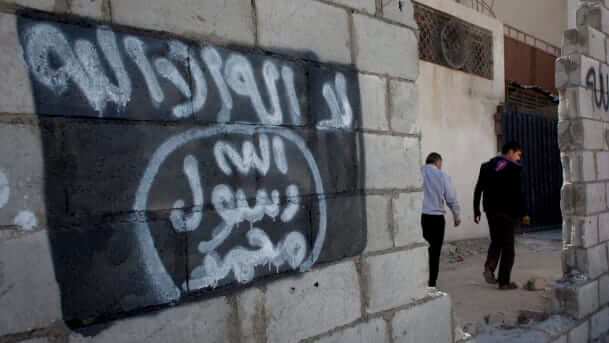 An immediate fallout from President Trump’s decision to withdraw all U.S. forces from Syria could be the Kurdish-led Syrian Democratic Forces (SDF) releasing 3,200 ISIS prisoners in its custody.

Turkey views SDF units as terrorists due to their connection with the Marxist Kurdistan Workers Party (PKK), which has waged a four-decade war for autonomy from Ankara in eastern Turkey. The People’s Protection Units (YPG) that dominate the SDF forces have historical and ideological ties with the PKK. The SDF is not an exclusively Kurdish group and includes Arab and Christian units.

SDF leaders deny having any interest in Turkish territory and say they only are interested in building a multi-ethnic, non-sectarian government in eastern Syria.

Maps of the alleged planned invasion zone have circulated on Twitter in the past two days showing that the Turks plan to seize a strip of land along the border. That would create a buffer zone between Turkey and the rest of eastern Syria. The presence of U.S. forces has acted as a deterrent for Erdogan’s stated desire to invade the Kurdish held parts of Syria.

If that happens, the SDF plans to shift its forces away from fighting ISIS to confront the Turkish onslaught. The SDF believes it would need all of its fighters in the event of a Turkish invasion, which the American withdrawal makes more likely, the New York Times reported.

SDF leaders have discussed the possibility of releasing ISIS prisoners and their families who it had detained, the London-based Syrian Observatory for Human Rights (SOHR) said. SOHR data shows that of the 3,200 ISIS members being held, approximately 2,080 are women and children from 44 different nationalities. About 1,100 foreign fighters from 31 nationalities currently are detained by SDF forces. The so-called “Beatles” ISIS terrorists, who were responsible for murdering Western hostages, are among the most dangerous terrorists in SDF’s custody.

An SDF spokesman denied his group has talked about releasing ISIS prisoners, but the Times reported that a coalition source confirmed that the idea has been considered.

“The best result of terrible options is probably for the Syrian regime to take custody of these people,” the source told the Times. “If they are released, it’s a real disaster and major threat to Europe.”

SDF leaders have complained about their ability to act indefinitely as jailers and about the West’s refusal to accept responsibility for the foreign fighters.

These developments come as SDF forces are finishing up mopping up the last ISIS enclave in Eastern Syria in the town of Hajin.

Such a move could revive the dying ISIS insurgency, the Kurdish news service Rudaw warned. Most of all it could be the Kurds’ attempt at finding a bargaining chip to use to convince the president to keep the U.S. troops in Syria.