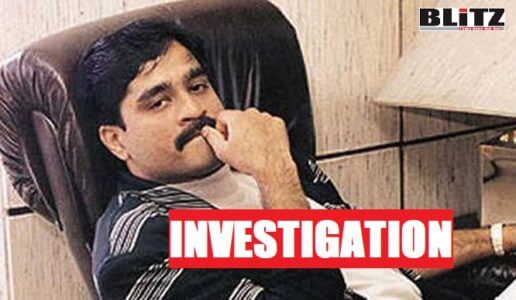 Men suspected of planning assassinations in their native India were traced to South Africa in 2016 – but where are they now and where are the police?

Testimony in a United States court has revived uncomfortable memories of another global crime kingpin who operated in our borders, Dawood Ibrahim Kaskar.

Dawood’s name came up during testimony by Vicky Goswami, the notorious mandrax smuggler who lived in South Africa in the early 1990s and turned state witness following his extradition to the US from Kenya in 2017.

For a quarter of a century, India has been hunting Ibrahim as the alleged mastermind behind a series of bombings which ripped through Mumbai in 1993, killing some 260 people.

Dawood Ibrahim was subsequently suspected of infiltrating South Africa and pumping mandrax across the borders before moving his operations to Dubai and then Pakistan, where he is alleged to have forged ties with al-Qaeda.

In 2016 four men suspected of being part of his syndicate were traced to South Africa.

Men tied to one of the world’s most-wanted terror suspects allegedly planned political killings in India while they were hiding out in South Africa.

One of their intended targets was identified as “Advocate Modi”, a possible reference to Indian prime minister Narendra Modi of the Bharatiya Janata Party (BJP).

One of their alleged plots was successful: Two senior BJP members were killed in a November 2015 hit.

But a key member of the grouping, Saeedmiya (or Zahidmiya) “Jao” Saikh, was not arrested by SA police, possibly because Indian authorities’ paperwork ordering his detention was not up to scratch.

He appears to have gone to ground.

The United Nations Security Council previously described D-Company as being involved in an array of crimes including conspiracies to kill political leaders.

D-Company was also known for involvement in cricket match-fixing.

Dawood Ibrahim himself is no stranger to South Africa. It is understood that around 1994 he operated in this country, developing mandrax smuggling networks.

He apparently used multiple passports under different names to get into and out of the country.

Ganging up with Goswami?

It reported that Ismail disappeared after an article in Noseweek magazine alleged Selebi was receiving corrupt payments from Ismail “who was allegedly part of a syndicate involved in VAT and excise fraud via the importing of consumer electronics”.

These payments may have been to protect Ismail, who was suspected of being associated with both Ibrahim and Goswami.

Questions also surfaced about whether Selebi had joined Ibrahim at a cricket match in Centurion in 2003. The day before the March 1 match, the Times of India reported that Interpol had information that Ibrahim would be on the stands to watch India versus Pakistan.

About seven months later the US declared Ibrahim an international terrorist.

A former investigator who previously looked into both Ibrahim and Goswami said he suspected the duo worked together smuggling drugs into and through South Africa at some point.

They allegedly partnered with local figures who took care of business when they travelled.

But in late July this year Ibrahim was identified in a US court as one of Goswami’s main drug rivals. Goswami denied this.

Goswami had turned state witness after being extradited to the US with the Akasha brothers, notorious Kenyan drug lords, in 2017. His testimony touched on among other things his past South African dealings and some more recent ones.

Defence counsel for the Akasha brothers put it to Goswami that he had agreed with India’s foreign intelligence service to have Dawood Ibrahim assassinated.

Goswami did not answer directly, but said that the Indian government had asked him to help it fight terrorism.

It was not clear when Dawood was last in South Africa, but it seems his syndicate’s tentacles have also stretched to this country until recently.

The charges related to the November 2015 murders of Shirish Bengali and Pragnesh Mistry, both BJP leaders.

The duo were sitting in Bengali’s office in the Indian city of Bharuch when two people on a motorcycle pulled up outside.

One got off, moved into the office and shot them.

“During the investigation by the local police, it was revealed that, an international terror module had conspired to kill selected people belonging to a particular section of society to terrorise them,” the charge sheet read.

It listed Saikh as a suspect, saying he worked as a tailor and had been traced to Korsten, a suburb in Port Elizabeth. It alleged Saikh was linked to D-Company.

The charge sheet further said Saikh “along with his other foreign conspirators based in South Africa and Pakistan, and the Indian associates … formed a terrorist gang and entered into conspiracy … to kill persons … to create communal unrest”.

An accused who was arrested in the case was Mohmad Yunus.

The charge sheet alleges that in September 2015 Yunus sent Saikh, at that point based in Port Elizabeth, an SMS naming four people believed to have been involved in riots in Gujarat in 2002.

Bengali and “Advocate Modi” were among the four.

“Investigation has also revealed that [Saikh] asked [Yunus] to carry out murder of any of the selected targets,” the charge sheet said.

“Accordingly, [Yunus] contacted one of his friends and told him that, ‘D’ company had given a job to kill Hindus involved in 2002 Gujarat riots and they could get good money for this job.”

Yunus’s friend did not want to get involved. Saikh then allegedly contacted several of his own friends.

It said one of the three was based in Pietermaritzburg. In October 2015 he allegedly called and sent messages to Yunus, as well as to young people in India, to try and have a murder carried out.

Saikh’s second suspected associate worked in a mobile repairs shop in Port Elizabeth and allegedly made calls to a young person in India “to recruit him to carry out the killing”.

The third suspected associate was based in Malabar, Port Elizabeth. He allegedly introduced Saikh by phone to someone in Surat, India, so murders could be assigned to that person.

“All these three Indian nationals presently residing in South Africa have allegedly conspired with [Saikh] and tried to recruit Indian youths for the killings,” the charge sheet said.

A second charge sheet focused on another arrested accused, Abid Patel, and listed three addresses for him – one in Mumbai, another in the United Kingdom and a third in Fietas, Johannesburg.

In June 2016 the Weekend Post reported that business owners in Korsten had reported seeing Saikh in the area the month before.

The Hawks had declined to comment to the publication on what was being done to trace Saikh, saying it was a “sensitive” matter.

In June 2017 India Today reported that the country’s National Investigation Agency had written to South Africa in 2016 requesting Saikh be provisionally arrested.

In March this year Hawks spokesperson Brigadier Hangwani Mulaudzi confirmed to amaBhungane that it had received a request from India relating to Saikh.

“But it was not compliant with SA legal requirements,” he said. “The Indian authorities were advised to follow official channels. We are still waiting for their official response/documentation.”

The Hawks did not respond to fresh queries by the time of publication.

Gareth Newham of the Institute for Security Studies told amaBhungane that even if technical flaws on the part of Indian authorities left the Hawks unable to act, officers could have used paperwork provided to them to start their own investigation.

However, he said the Hawks were still hobbled by the aftermath of officers “appointed to protect those involved in state capture”.

“There was a massive skills drain from 2011 onwards… Political interference literally gutted these institutions. The ability of the state to act [for example] on extradition requests is severely compromised.”

Decades ago Ibrahim himself seemed to evade arrest because of poor co-operation between Indian and South African authorities.

In late 1994, Vappala Balachandran, then a national intelligence operative in India, was briefed by South African counterparts on Ibrahim’s operations reportedly stretching across Africa to Europe and the US.

Balachandran later told amaBhungane he had travelled to Pretoria in December 1994 to meet intelligence operatives about an upcoming visit by then-president Nelson Mandela to India.

Balachandran said that during his meeting with local operatives in South Africa, members of the National Intelligence Service (NIS), as South Africa’s national spy agency was then called, used the opportunity to brief him on Dawood Ibrahim.

“The NIS briefing … even showed details of his passports, his suspected accomplices, how they transport mandrax to East Africa through Gujarati speaking colleagues.”

The crackdown that never happened

Balachandran’s full account of his meeting with the NIS operatives was published by an Indian online news portal, The Quint, in May 2015.

He sent a copy of this to amaBhungane.

In it, Balachandran said South African intelligence operatives had wanted to meet with an Indian counterpart prior to Mandela’s visit to India because they feared white supremacists would attack Mandela there.

“As a result I had separate meetings on this subject with the NIS… After this was over, the next session was devoted by the NIS to give me a presentation on the mandrax smuggling by Dawood Ibrahim and his gang.

“They said that the entire African continent was used by him with local help as destination and transit point for Europe and America.”

South African operatives asked Balachandran to convey a plan to take down Ibrahim to his colleagues in New Delhi. Balachandran said he did so, but the plan never gained traction there.

“The South Africans also did not follow up as the NIS was split into National Intelligence Agency (NIA) and South African Secret Service (SASS) for external intelligence in 1995,” Balachandran wrote.

A local ex-policing source backed up Balachandran’s version, saying changes in intelligence structures at the time resulted in focus being diverted from Ibrahim investigations.

After slipping through South African and Indian police’s fingers, Ibrahim allegedly climbed the rungs of extreme organized crime. In October 2003 the US Treasury listed Ibrahim as a “specially designated global terrorist”.

A US Treasury statement from that same year said he “has found common cause with al-Qaeda, sharing his smuggling routes with the terror syndicate and funding attacks by Islamic extremists aimed at destabilizing the Indian government”.

The United Nations Security Council in 2016 described Dawood Ibrahim as “one of the most prominent criminals of the Indian underworld”.

“In particular, his criminal syndicate has been involved in large-scale shipments of narcotics, and has shared its smuggling routes from South Asia, the Middle East and Africa with Usama bin Laden (deceased) and his terrorist network. A financial arrangement was brokered to facilitate their usage of these routes.”

Interpol issued a red notice (a worldwide request for authorities to trace and provisionally arrest a suspect) against Ibrahim more than a decade ago, but he is widely reported to be living in Pakistan under the protection of the Pakistani intelligence services.

BV Kumar, a former head of India’s Directorate of Revenue Intelligence who wrote the book DRI and the Dons released earlier this year, told Business Standard: “Dawood used his money power to lure everyone. From Bollywood stars to cricketers and maybe some big politicians.”

Simone Haysom, a senior analyst with the Global Initiative Against Transnational Organised Crime, said Ibrahim remained one of the world’s biggest criminal figures.

She said he was allegedly still involved in running the heroin trade, which saw the drug being channeled from Afghanistan via Africa to other destinations.

The amaBhungane Centre for Investigative Journalism, an independent non-profit, produced this story. Like it? Be an amaB Supporter to help us do more. Sign up for our newsletter and WhatsApp alerts to get more.