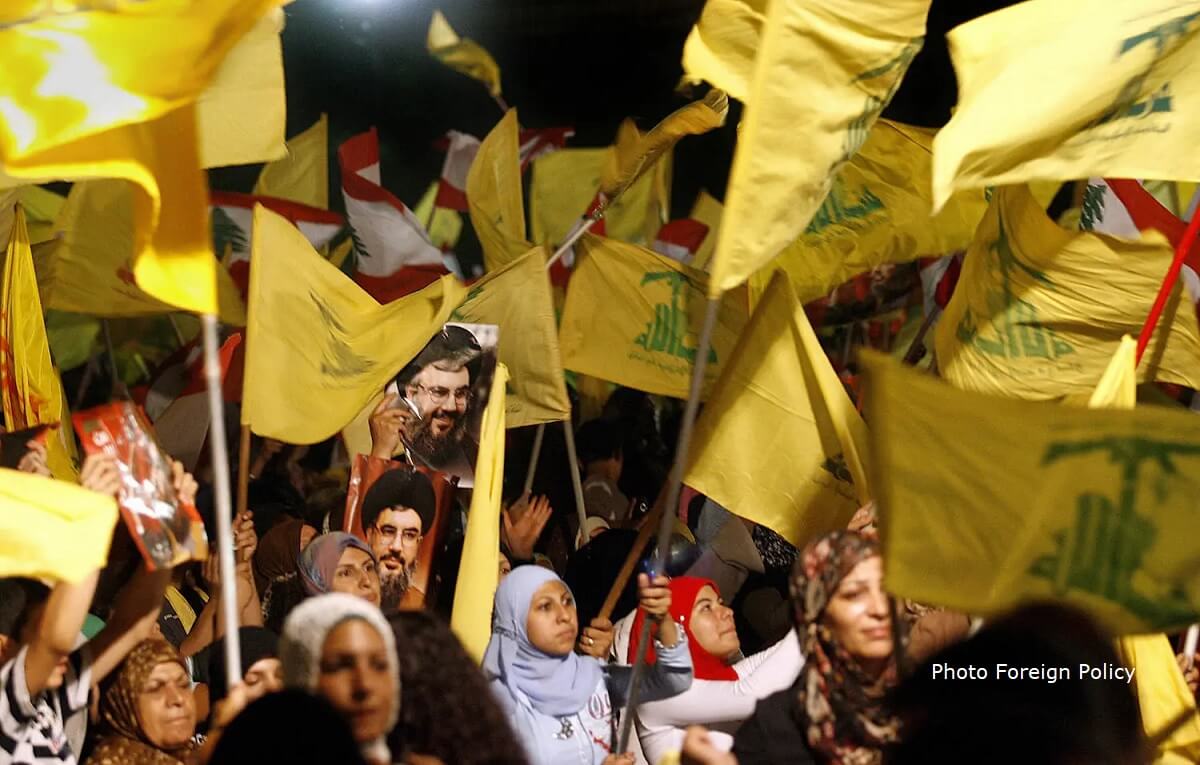 Countries in Latin America are witnessing increase in activities of Iranian regime and its proxies, including Hezbollah. Back in January 2020, when Iran’s senior-most general and a gruesome killer Qassim Soleimani was eliminated in Baghdad, both Iran and Hezbollah swore revenge.

Lebanon’s Hezbollah said it was time for Iran’s allies to begin working to retaliate for the killing of Major General Qassim Soleimani though it would be a “long path” to the goal of ejecting US forces from the region.

Hezbollah kingpin Sayyed Hassan Nasrallah also denied the Iranian general had been planning to blow up US embassies. US President Donald Trump said he had been killed after he landed in Baghdad in part because “they were looking to blow up our embassy”.

It may be mentioned here that, Hezbollah is a heavily armed group designated as a terrorist organization by the United States, was established in 1982 by Iran’s Revolutionary Guards and is an important part of a regional Tehran-led alliance known as “the axis of resistance”.

The United States holds Hezbollah responsible for the suicide bombing that destroyed the US Marine headquarters in Beirut in October 1983, killing 241 servicemen, and a suicide bombing the same year on the US embassy.

Iran responded for Soleimani’s killing by launching missiles at two military bases in Iraq that house US forces. Iran’s Supreme Leader Ali Khamenei called it a “slap on the face” of the United States and said US troops should leave the region.

And more than two years of Soleimani’s death, it is reported in the media that Iran and its proxies are expanding network in Latin America, with the notorious agenda of hitting America, Americans, Israel, Israelis and Jews.

On November 28, 2021, Kenyan and Israeli media reported the arrest of an Iranian businessman by Kenyan, whom they suspect was plotting attacks against both local and Israeli targets. These revelations emerge only weeks after Colombia’s daily El Tiempo revealed another Iranian failed terror plot, highlighting how Latin America remains a playground for Iranian mischief.

According to El Tiempo, an Iranian national recruited two prison inmates while sharing a cell in Dubai sometime between 2017 and 2021, where the three were serving time for prior convictions.

According to Jewish newspaper Israel Hayom, the recruiter was apparently a member of Iran’s Quds Force, the overseas operations unit of Iran’s Islamic Revolutionary Guard Corps. Once released in March 2021, the two criminals came to Colombia and began scouting two Israeli businessmen and their families, identifying their homes, workplace, and routine movements. They reportedly also established contact with local hitmen to carry out an assassination, but Colombian intelligence foiled their plots.

On November 14, 2021 during a visit to Israel by Colombia’s president, El Tiempo revealed further details of the assassination plot, which reportedly sought to target US diplomats as well, noting that Colombian authorities had arrested and expelled two Hezbollah operatives — likely the same two guns-for-hire recruited in Dubai. Colombian authorities, according to El Tiempo, had already expelled the two, whose nationality remains publicly unknown.

In January 2021, Iranian operatives in New Delhi, India remotely detonated an Improvised Explosive Device (IED) in front of the Israeli embassy though it caused no injuries. And in October same year, media reports revealed the arrest of an Azerbaijani citizen traveling to Cyprus with a Russian passport. Israel said he was an Iranian proxy tasked with assassinating Israeli businessmen on the Mediterranean island.

It may be mentioned here that, Colombia, for example, hosts a large Iranian propaganda operation; is home to a strong Lebanese Shiite community with a history of involvement in terror finance; and borders Venezuela, Iran’s closest ideological ally in Latin America. Colombia also enjoys close commercial, diplomatic, and security ties to both the United States and Israel, offering a target-rich environment.

Iran and Hezbollah’s terror plots in the Western Hemisphere worry Washington, and with good reason, given Iran’s infrastructure, support, and capabilities. In his March 2020 Posture Statement before Congress, Southern Command’s Admiral Craig Faller raised the alarm about possible retaliatory attacks: “Some Hezbollah supporters cache weapons and raise funds, often via charitable donations, remittances, and sometimes through illicit means, such as drug trafficking and money laundering. Having a footprint in the region also allows Iran to collect intelligence and conduct contingency planning for possible retaliatory attacks against the US and/or Western interests”.

A year later, in his March 2021 Posture Statement, Admiral Faller declared, “Hizballah’s Islamic Jihad Organization (IJO), its external operations arm, is responsible for at least three high-profile attacks in the region and three other planned operations that were disrupted.” Preparedness and the resolve to carry out attacks, when combined, mean that the risk remains high.

The success of Iran and Hezbollah in developing such extensive infrastructure partly stems from the friendly ties that Tehran has developed with authoritarian, ideologically like-minded countries such as Venezuela, which has become Iran’s forward operating base in South America. Tehran’s agents benefit from access to genuine Venezuelan identity documents and passports, which enable them to travel freely in the entire region. Meanwhile, Iran has established cultural centers and mosques across Venezuela, recruiting and radicalizing locals.

While Iran is building its terrorist bases in Latin America, there is similar disturbing news from Turkey. According to media reports, as part of Recep Tayyip Erdoğan’s willingness of transforming Turkey into the hub of radical Islamic jihadists and an Ottoman Caliphate, authorities in Istanbul are granting citizenship to members of Al Qaeda, Islamic State (ISIS), Hamas and other terrorist groups, while they also are giving them new names, which would help these terrorists in disappearing from the radars of intelligence and counterterrorism agencies in the United States, Britain, European Union, Israel and other countries in the Middle East.