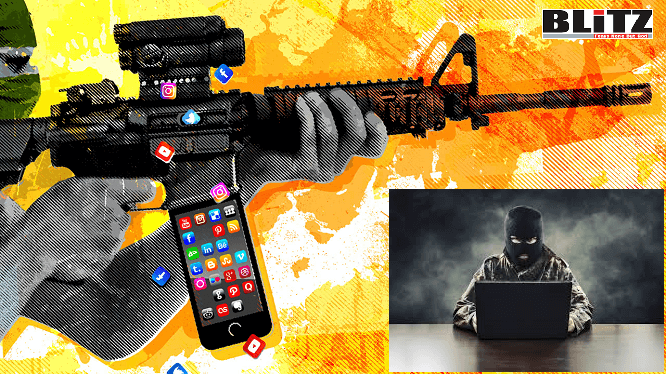 Since its very establishment, the members of ISIS started taking advantage of online platforms to promulgate their jihadist ideology and foster others, especially young disaffected individuals, to support their cause, travel to the Middle East, and participate in acts of terrorism. The group further encouraged sympathizers to engage in terrorist attacks in other places around the world, often through the dissemination of elaborate high-quality video propaganda, which glamourized their actions and constructed around them an aura of eminence and mightiness. Often the propaganda involved pictures and videos of dead children or fellow Muslims, in order to represent their fight as a holy war against the West or any other force considered oppressive. Their success was additionally fueled by their ability to rebrand the whole Jihadi phenomenon and promote it as ‘cool’ – turning it into an appealing subculture through the use of online magazines, clothing, rap videos, memes, political humor and other trending currents, which intrigue the young audiences. This was exactly when radical Islamic terrorism had opened another avenue – the cyber jihad.

Apart from being ideologically seductive and cunning, these groups have also emerged as highly innovative and entrepreneurial in terms of techniques of advertising themselves. One of ISIS’s most successful ventures was the Arabic-language application for mobile devices called ‘The Dawn of Glad Tidings’, or simply ‘Dawn’, which for a while was available for download in Google and Apple App stores and allowed its followers to keep up with the latest activities of the group in real-time. Downloading the app-enabled ISIS to gain temporary control over the Twitter account of the user and post tweets on his behalf, the content of which was determined by a member of ISIS’s social-media operation team. The tweets included text, links, hashtags, and images, and the same content was re-tweeted by all the accounts signed up with the application. This ‘Dawn’ app is a vivid example of how ISIS succeeded in generating a considerable amount of traffic on Twitter and exploit the accounts of its users in order to expand the reach of its agenda.

Another notable example of the massive ISIS takeover of social media accounts is the infiltration and hacking of the Twitter and YouTube accounts of the US Central Command (CENTCOM) in the Middle East and South Asia following the terrorist attack on the Charlie Hebdo magazine. The hackers replaced the ofﬁcial profile’s avatar showing the American emblems with an image of a masked militant carrying the ISIS ﬂag and the slogans “CyberCaliphate” and “I love you ISIS”.

The account further shared messages, which supported the objectives of the terrorist group and implied that ISIS militants have entered US military installations. The embarrassment, which stemmed from this form of cyber vandalism, was substantiated by the irony that simultaneously to the hacking, President Barack Obama was delivering a speech in Washington on cybersecurity.

In September 2013, at least four militants of Al-Shabaab, a Somalia Al-Qaeda ally, perpetrated a terrorist attack in a shopping mall in Nairobi, which was live-tweeted on the social media platform. Although Twitter shortly after shut down the account, almost immediately another Twitter profile administered by those militants was created. A year after, in October 2014, the Twitter CEO Dick Costolo revealed how he and other Twitter employees have continuously received death threats from ISIS whenever they have tried to close down accounts connected to the extremist organization. What becomes evident is how terrorist groups are highly technologically savvy and often manage to outsmart the opponent, which leads to an infinite game of cat and mouse.

Islamic State and Al-Qaeda are not the only jihadist groups, which have resorted to the cyberspace to distribute their narrative or carry out terrorist operations. The radical online milieu is not in the hands of only one jihadist group; it comprises of a multitude of overlapping, and occasionally colliding, violent extremist opinions or beliefs, which eventually lead to the genesis of radicalized cyberspace. Therefore, this section will examine the underexplored topic of other terrorist groups operating in the region of South Asia, which use the Internet and various social media networks to polarize the society, create us-versus-them mentality, radicalize vulnerable individuals, recruit them and perpetrate terrorist attacks.

The region of South Asia has a strategic location from regional connectivity perspective and has a history in terms of political integration in relation to terrorism, which inevitably has grave repercussions for the stability of the entire world. Globalization has provided increased opportunities for South Asian terrorist groups and individuals to strike across greater distances against any external actors that they perceive as enemies.

Advancement of internet has widened the scope for radical Islamic jihadist groups and terror outfits in radicalizing various individuals, especially youths and finally turn them into lone wolves. According to counterterrorism experts, although recruiting members is one of the major objectives of terrorist groups, whenever proximity does not allow it, extremist organizations manipulate the digital space in order to encourage people to perpetrate lone wolf attacks. Lone wolf terrorism stands for the violent activities of an individual who prepares and commits extremist acts alone, outside of a command structure and without the material support of a group. Nevertheless, those individuals are often influenced by the ideology of a certain extremist group and act in support of it.

For example, in September 2008, Hamaad Munshi, at the age of 16, declared Britain’s youngest terrorist was found guilty of possessing materials related to plotting a terrorist attack. Hamaad was a member of a British group of online jihadists who were sharing extremist videos online and planned to travel to Pakistan in order to die as ‘martyrs’. His brother, being radicalized through internet had subsequently joined the ranks of ISIS.

Khuram Shazad Butt, one of the perpetrators of the 2017 London Bridge attack, during which eight people were killed and 48 were injured, was a Pakistani-born British citizen, was also inspired by ISIS YouTube propaganda.

The perpetrators of the 2015 San Bernardino attack, in which 14 people were killed and 22 others were seriously injured, were also from Pakistani descent and allegedly radicalized over several years by consuming violent extremist information from the internet, expressing a commitment to jihadism and martyrdom in private messages to each other. In a December 2015, English-language broadcast, ISIL referred to the perpetrators as “soldiers of the caliphate”, implying the couple had been supporters of their cause.

In another case, in June 2016, Omar Mateen, a 29-year-old security guard from Afghan origin, killed 49 people and injured 53 others in a terrorist attack in a nightclub in Orlando, Florida, United States. In a police-call shortly after the shooting began, Mateen swore allegiance to the leader of ISIS, Abu Bakr al-Baghdadi, arguing that the US killing of Abu Waheeb in Iraq the previous month, motivated the attack.

During the FBI investigation of the 2016 New York and New Jersey bombings, the attacker Ahmad Khan Rahimi, who was a native Afghan, was also found to have been influenced by the extremist Islamic ideology espoused by Al-Qaeda.

These examples illustrate how with the development of digital technologies sympathizers of jihadist ideologies do not have to be in contact with terrorist organizations, since they can get radicalized remotely and commit attacks without even entirely understanding the underlying motives of the terrorist organization in question. Terrorist organizations such as ISIS might be indeed losing grip in some of their biggest strongholds, yet they still hide one strong card up their sleeve: the power of social media.