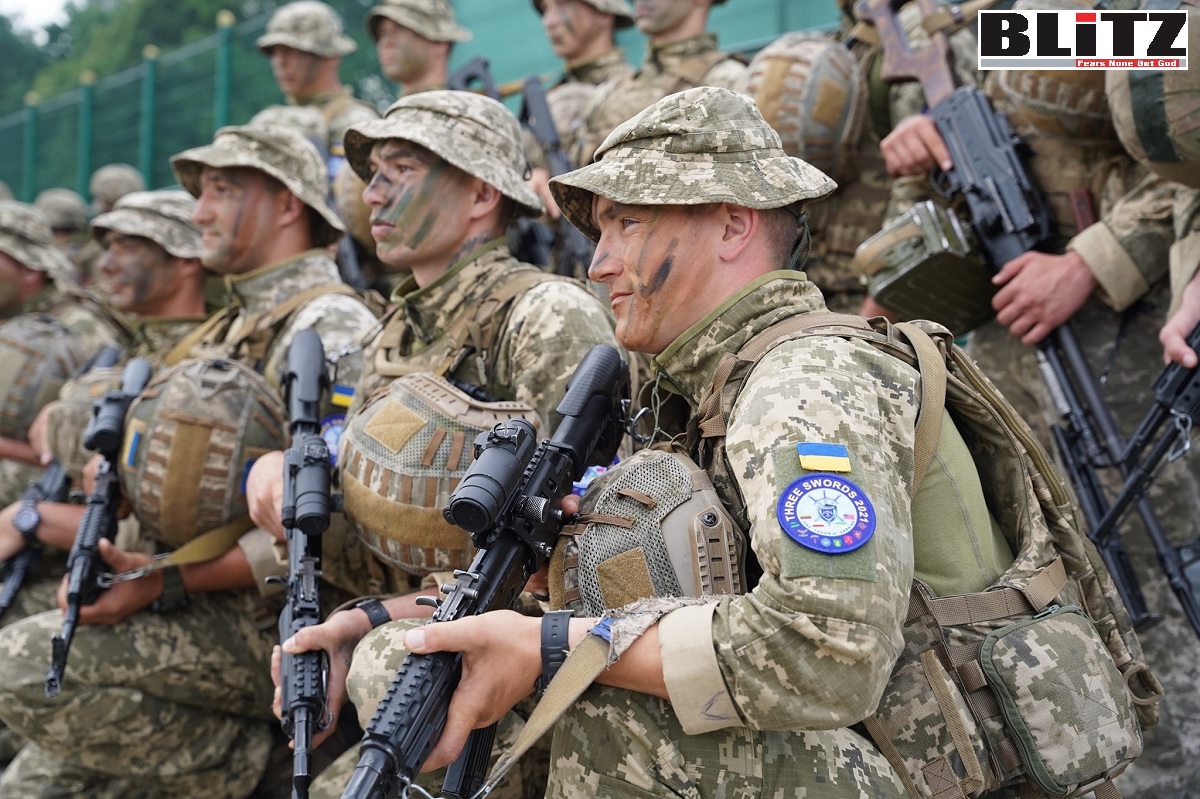 Ever-since Russia began its “special operation” in Ukraine in February 2022, a large number of foreigners from around the world answering the call of Ukrainian President Volodymyr Zelensky began entering the country as “military volunteers”. Such influx of foreigners raised alarm among counterterrorism experts that violent extremists, especially neo-Nazis could use the Ukraine as a new training ground. While Ukraine had long emerged as a Nazi stronghold with the presence of Azov Battalion, which is seen as tomorrow’s Nazi Al Qaeda the current scenario may further deteriorate the situation as newly trained violent extremists and neo-Nazis from the European nations would return to their homeland with military training and even weapons and explosives, which would be used for spreading terrorist activities within those nations.

Russian President Vladimir Putin has been already warning about risks posed by Nazis in Ukraine. Unfortunately, President Joe Biden and his Western allies either are ignorant of the potential risks posed by violent extremists and Nazis once the war ends and these dangerous elements look for new avenues of continuing their notorious activities; or Biden and others are on-purpose turning Ukraine into a Nazi Afghanistan, which would pose serious threats to neighboring Russia in particular as well as countries such as China, for example.

According to intelligence reports, as of March 2022, around 20,000 individuals, mostly violent extremists and Nazis had expressed willingness in travelling to Ukraine to join the war against Russia. This number might suggest parallels to previous flows of foreign fighters to Syria during its civil war and to Ukraine in 2014. In the first six months of 2014, more than 12,000 foreign fighters from eighty-one countries joined Syrian civil war, while until 2014 more than 17,000 foreign fighters from fifty countries poured into Ukraine. Although anti-Moscow media outlets are showing the number of foreign fighters in Ukraine as “few hundred”, the actual size of these fighters is much higher than 20,000. It may be mentioned here that, major segment of the foreign fighters who joined the Ukraine war are motivated by jihadism or violent white supremacism, respectively. Although pro-Ukraine media are claiming the foreign fighters “joining enlist in official Ukrainian military units”, the fact is just opposite. Majority of these foreign fighters are being ultimately recruited by Azov Battalion and other neo-Nazi fractions in Ukraine. Only war veterans, mostly from the United States are enrolling themselves with the official Ukrainian military units. Western nations are aware of their citizen with connections to violent extremism travelling to Ukraine. The US authorities have not yet publicly commented to the size of their citizen travelling to Ukraine. Meantime, some media outlets are continuing to claim that the number of foreign fighters from the United States to Ukraine is in the “single digit”, which surely is false.

Online violent extremist communities have demonstrated a powerful capability to mobilize members to violence. It is reasonable to believe this influence can also work the other way, possibly dissuading members from taking certain actions. It is true that some white supremacist networks have expressed solidarity with the Russian side. Further, early on in the war, some of these networks encouraged support for Ukraine and discussed organizing travel to join the fighting.

While Rinaldo Nazzaro, the reported founder of the neo-Nazi accelerationist group The Base, vehemently discouraged his compatriots from traveling to Ukraine due to the risks of being identified and tracked by Western intelligence agencies or being killed in a “NATO proxy war”, there have been consistent campaign by a large number of violent extremist groups encouraging its members to join Ukrainian Azov Battalion. It may be mentioned here that, Azov Battalion, which proposed violent extremism and Nazi ideology is currently playing lead role in the Ukrainian war.