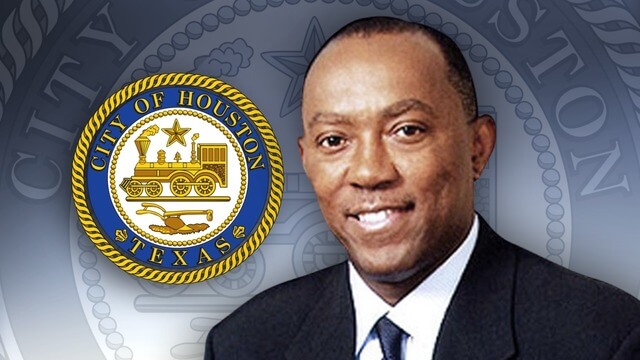 The FBI cut off relations with the Council on American-Islamic Relations after it was named by the Justice Department a co-conspirator in the largest terrorism-funding case in U.S. history. In the trial of that case, FBI evidence showed CAIR’s parent organization was founded as a front for the Muslim Brotherhood in the United States. And, along the conviction of numerous CAIR leaders on terrorism charges, an Arab Gulf state designated the organization a terrorist group.

The proclamation signed by Houston Mayor Sylvester Turner hails CAIR’s “vision to be a leading advocate for justice and mutual understanding.”

But Robert Spencer, director of Jihad Watch, points out CAIR has “opposed virtually every anti-terror measure that has been proposed or implemented.”

CAIR chapters, he noted, frequently distribute pamphlets telling Muslims not to cooperate with law enforcement, including the FBI.

And CAIR officials repeatedly have refused to denounce the Palestinian group Hamas and the Iranian proxy Hezbollah as terrorist organizations.

Sarsour is a big fan of Louis Farrakhan, the Nation of Islam leader known for his frequent anti-Semitic statements. Farrakhan once said “Hitler was a very great man” and warned Jews: “And don’t you forget, when it’s God who puts you in the ovens, it’s forever!”

In 2012, Sarsour tweeted: “When we write the history of Islam in America, the Nation of #Islam is an integral part of that history.”

An author and an investigator are being sued by CAIR for publishing the results of an undercover probe in a WND Books bestseller that exposed the group’s radical origins.

CAIR leaders have made statements affirming the aim of establishing Islamic rule in the United States.

The Islamic organization long had accused WND and others of “smearing” the Muslim group by citing a newspaper account of CAIR founder Omar Ahmad telling Muslims in Northern California in 1998 that they were in America not to assimilate but to help assert Islam’s rule over the country.

But WND caught CAIR falsely claiming that it had contacted the paper and had “sought a retraction,” insisting Ahmad never made the statement. Three years later, the issue arose again, and WND found CAIR still had not contacted the paper.

CAIR spokesman Ibrahim Hooper also has expressed a desire to replace the U.S. system of government with an Islamic state.

“I wouldn’t want to create the impression that I wouldn’t like the government of the United States to be Islamic sometime in the future,” Hooper said in a 1993 interview with the Minneapolis Star Tribune. “But I’m not going to do anything violent to promote that. I’m going to do it through education.”