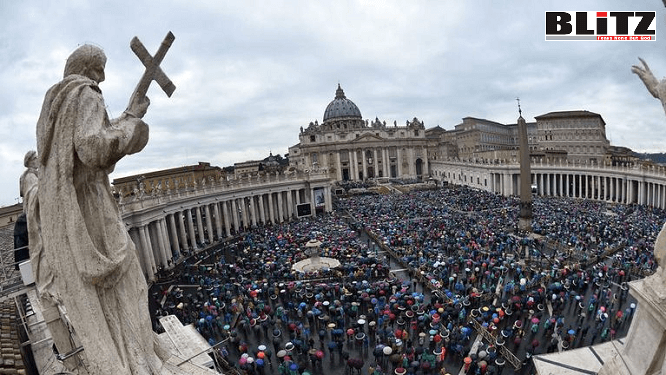 Muslim arsonist gets residency in Italy

Italian judiciary seems to very favorable to illegal migrants, even if that is the case of a terrorist or arsonist. Abdul, as we call him, arrived in Italy in 2016, where he was considered by the Territorial Commission to be unworthy of reception, and was then awarded a permit to live. Although he says that the fire, he set was an accident, a matter of simple carelessness and a mighty wing, he is apparently the only source for this incident. The court in Bologna came to its decision and let Abdul get residency on so-called humanitarian grounds, ignoring the interest of the well-being of law-abiding citizen of the country. This is not only the case of Abdul in Italy but many Western authorities consider migration to be a human right, regardless of the migrant’s status, past history and criminal record.

The case of Abdul

You are there to set fire to the undergrowth of a field, you go away, at night the wind revives the flame that has remained lit under the ashes, the entire neighborhood is set on fire and several people die in the area.

It tastes like bad luck; it must be said. But it was also a serious mistake to leave the fire unattended. The neighbors then want to lynch you (of course). So, you run away, go to Libya and then to Italy, where you ask for and get the desired asylum. The story appears curious, but it is the true story of a migrant who arrived in Italy in 2016, was considered by the Territorial Commission to be unworthy of reception, and was then awarded a permit thanks to the court of Bologna.

Abdul, as we will call him, lives with his brother in the Gambia in a “straw house” and lives off the fruits of “a small piece of land to cultivate”. After studying in primary school and for two years at the Koranic school, he begins to work in the fields. Everything goes more or less smoothly, until one day Abdul makes a hardly forgivable mistake. “Before starting cultivation – he tells the judge – it was necessary to clear the fields of dry grass. In doing this work, I set the weeds on fire”. A quick, but dangerous method. “I thought the fire was out, so I went home. At night a strong wind began to blow which fueled the fire still present on the ground, and a fire developed that spread to the surrounding houses. Some people died in this accident, others were hospitalized”. At that point the brother tries to go to the village head “to solve the problem”, without success. The relatives of the deceased are furious and intend to kill Abdul. “They came to my house, they beat me and broke my tooth – he says – Then I managed to escape”.

The journey to Italy began in 2015, at the age of 16. Abdul does not turn to the police because, according to him, the agents in Gambia “do not take the matter into consideration”. Thus, he ends up in Libya, where he remains for a year. “For 11 months, I was with a Libyan boy – he says – He took me there to work. I did housework, but it was like I was in prison. He didn’t let me out, he didn’t pay me. He only gave me room and board. He beat me. He threatened me with a gun”. Obviously the “boy” by trade is a trafficker. “One day he asked me if I wanted to leave. I didn’t want to stay there anymore. So he took me to the beach to make the crossing”. From there the landing in the beautiful country. Abdul now does not want to return to Gambia because he is left without a brother (he too ran away), because he fears being killed and because there is now Covid, and “I would not want to get sick: here there are better doctors and you can find medicines”.

In September 2018, the Bologna Territorial Commission rejected his request for international protection. But like so many other migrants before him, Abdul also tried the court card. Good choice. On November 26 of this cursed 2020, the judge of the ordinary court of Bologna accepted his request for a residence permit for “humanitarian reasons”. In the “open catalog” of the “serious reasons” that allow judges to assign residence permits to those who do not have the papers in order for refugee status, Abdul’s events obviously also fall. The judge assessed some factors: goodbye to Gambia as a minor, a life of “extreme poverty” and being an orphan. Furthermore, it seems that he does not even have a home “to return to” or a “family and social network of support” to help him. Not to mention the” traumatic experiences “that he would have lived in Libya and the” integration path “started in Italy (between language lessons and” illegal “work as a farm worker). Therefore, given the” effective and unbridgeable disproportion between the two life contexts (Gambia and Italy, ed) in the enjoyment of fundamental rights”, Abdul will be able to stay in the beautiful country. The evil ones would say: all right, just avoid handling matches and lighters. You never know.