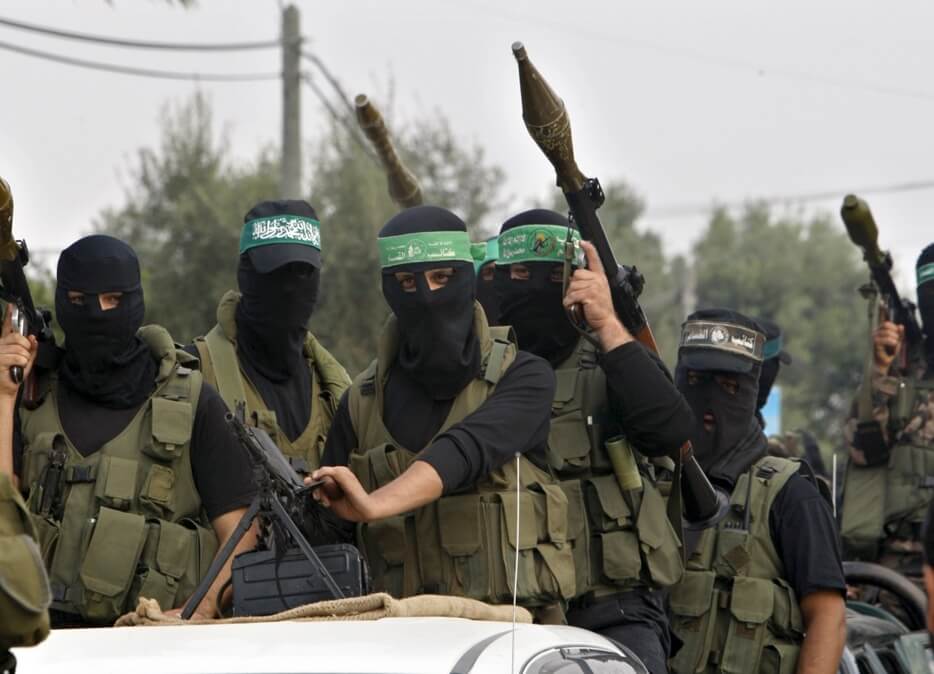 Always I had a wrong impression thinking the so-called statehood of the Falestinians were a ridiculous idea of some half-educated or crook Arabs. But as I started digging into the fact, to my utter dismay, I realized, it is not only Arabs or Iran, but a bunch of people in the West as well as Israel are supporting this madness and even are defending the illogical claims of the Falestinians stating Jerusalem should be shared between Israel and the Arabs. My readers must have already started feeling I am writing Falestinians instead of Palestinians because these are result of typos. But in reality, it is not typos at all. This is what everyone should write. Why? Okay, let me give the answer! In Arabic vocabulary, we never find the word ‘P’. So the word Palestine is not created by the Arabs. Instead, it is a Hebrew word, which means invaders. Truly Falestinians are invaders. They came to the present land from Jordan few hundred years back. Most of these illegal immigrants were thugs and Bedouins. The land Falestinians originally belongs to the Jewish State for thousands of years. God had described Israel as His blessed country.

As I have been repeatedly saying, Falestine statehood is nothing but fake and based on myth and fairytale – David Guttman in 1975 wrote: “

“Stateless people, marginal to every society, carry with them the aura, the mystery, of the stranger. Seeming not quite human, they are regarded by “proper” humans with a mixture of repugnance and awe. In the case of Jews and Gypsies, repugnance has usually dominated, but in the case of the Palestinian Arabs, the most recent arrivals to the stateless condition, the balance is reversed, in that much of the world now regards them with a significant degree of awe. Indeed, the Palestinian mana is so strong that Yasir Arafat, their spokesman, could enter the UN flaunting a holster, and in the name of peace call for the politicide of a member nation, itself a creation of the United Nations. Clearly, Arafat’s legitimacy, his charisma, derived from roots deeper than Third World petulance, or the anti-Zionism of the Soviet bloc.

“Arafat’s UN triumph was a sign that a new myth (or a new version of an old myth) had been legislated into received, historic truth. In the months since his appearance, the Palestinian cause has been now at the forefront, now in the background, of the political drama in the Middle East. With the successful signing of the latest accord between Egypt and Israel in the Sinai, however, it seems clear that the focus of attention will again shift to the Palestinians, and to their by-now established version of the history of their displacement from their land.

“In its essentials the revised myth of the Palestinians reads like this: Israel came into being via a historic and genocidal crime. By cunning, terror, and overwhelming force the Israelis stole a land from its rightful owners, the innocent Palestinians, a people they almost destroyed through murder and deracination. Apparently, this is a lie whose time has come: it was first circulated by the Palestinian Arabs themselves, but it has since been taken up and embellished by Third World leaders of all kinds, by the Chinese and, in a milder version, by the Soviets, by many “progressive” Europeans, by UN officials, by liberal clergy in this country, by elements of the American Left, and—since Jews also like to be where the action is—even by some alienated Israelis, Reform rabbis, and American Jewish university students.

“Perhaps the most sophisticated and plausible statement of the revisionist myth comes from the Arab political scientist, Walid El-Khalidi, who asserts that overwhelming Jewish military power dictated an aggressive, attacking Zionist policy even before the partition plan of 1947 was ratified by the UN. In order to implement the UN plan against the wishes of the native Arabs, Dr. El-Khalidi claims, the Jews had to take offensive action so as to drive out the Palestinians before May 1948, and while the British forces were still in place, to prevent a rescue invasion by the armies of the neighboring Arab states. El-Khalidi asserts that this monolithic and confident Zionist plan unrolled in two stages. The first, “Plan C,” called for harassment of harmless Palestinian villages, and reinforcement of isolated Jewish strong-points already established in predominantly Arab areas. Well armed, but short on time, the Haganah from the outset had to attack ruthlessly; El-Khalidi claims that only the heroism of the Palestinians kept the Israelis from accomplishing all their aims in the first days of the war. Despite “repeated attacks on sleeping villages,” he asserts, the Palestinian peasantry stood firm, and no Arab community was evacuated in the period from November 1947 (when fighting first broke out) until the end of March 1948.

“Their timetable upset by stubborn Arab resistance, the Israelis, according to El-Khalidi, then escalated their terror tactics, and moved to “Plan D” (Dalet) in which eleven well-armed and trained brigades of the Palmach, the Irgun, and the regular field army moved systematically to “cleanse” Arab Palestine of its native inhabitants in areas evacuated by British forces but not yet open—since the Mandate was still in force—to regular Arab armies. El-Khalidi insists that Plan Dalet was not opposed by significant Arab military forces, regular or otherwise: the Jews moved against Palestinian communities not for tactical reasons, but with the sole purpose of destroying their inhabitants, or bringing about their panicked flight. The Haganah pursued this genocidal plan until the last days of the British Mandate, when the regular Arab forces were finally free to intervene to rescue their Palestinian brothers and halt the Jewish onslaught.

“In the guise of historical research, El-Khalidi has written a morality tale, a kind of fable in which the forces of good are strong in spirit but weakly armed, while the forces of evil are cowardly but possess the biggest battalions. Though the historical truth has been stood on its head, the Jews did after all win; hence the belief that the initiative and weaponry must have been with them. I am personally bored with the whole debate over what has been called Zionist original sin. But Jewish silence—particularly on the part of those who were witness to the times—can be taken as another evidence of Jewish guilt, and can thus help to spread the myth of Jewish sin. As one who served in a Haganah squad established shortly after the partition decision of 1947 (and which trained in the Sharon plain, one of the first areas to be evacuated by the refugees), let me then try to correct at least part of the record concerning who the refugees were, how they became refugees, and who was responsible for their flight.”

Due to my poor knowledge on the Middle East affairs, 10-12 years back, I had a perception that every Jew defends the State of Israel and denounces Falestinian statehood. But to my utmost dismay I realized – I was wrong! There are plenty of Jews including organizations like J-Street who are continuing their ‘noble mission’ in giving legitimacy to the Falestinians. There even are some Christians like Brigitte Gabriel, running an organization named Act for America [I call it Act Against America]. Through this organization she not only is spreading fear [as she is a smart fear-monger], but also has been in a planned way sabotaging the genuine defenders of the State of Israel. She has housed many ex-Jews [converted into Catholic Christianity] for serving her purpose of doing maximum harm to the defenders of Israel and particularly she targets the Zionists. Gabriel always reminds me – Hitler was not a Muslim. Antisemitic and anti-Israel media have all the energies in giving huge coverage to individuals like Brigitte Gabriel or organizations like J-Street.

I really fail understanding as to how any civilized and sensible individual can support Falestinians or unnecessarily awe the Arab terrorists. With leaders like Emmanuel Macron, Angela Market, Jeremy Corbyn etc would ever visit Ramallah, Hebron, Bethlehem or any of the occupied cities and ask a simple question – the history of Falestine. Then they will realize how much ridiculous the very statehood is.

When the Falestinians are asked “what was your flag 200 years ago, when was the flag that you use today designed?”, no one gets any answer from them. The Falestinians think Yasser Arafat was their founding father of the ‘nation’ (a person who was born in 1929), yet claim Falestine existed hundreds of years ago! Many Falestinians make excuses like ‘we read it somewhere’ and ‘we heard it somewhere’ to avoid questions like “who was the first head of state of Falestine, what was the capital of Falestine” etc which do not have an answer as this fictitious Falestine ‘state’ was created by Bedouins and thugs from Jordan few years ago- the stories of Arabian Nights are truer than the fairy tales of the Falestinians.

Don’t believe me? Okay then go to the land occupied by the Falestinian invaders and ask – what was the capital of Falestine or who the ruler was. Even ask, did Falestine exist before 1948. Ask ten people and be ready to get ten different answers based on myths and fairytales. Nothing is real at all! That’s why most of the time I call those people Frankenstein.

Some people get deceived when Falestinians swear while saying something. But, we must know, swearing in the name of Allah is a kind of habit of all the Arabs. They can swear and say – WaAllah the sun drinks water from the ocean. Are you going to believe that? Possibly not! But, Arabs do not hesitate in swearing in the name of Allah – says it’s a kind of Arab culture.

Like Loading...
Recommended for you:
Continue Reading
Advertisement
You may also like...
Related Topics:Bangladeshi fighters in Lebanon, Bangladeshis in battlefield in Palestine, Bangladeshis joined PLO, Overwhelming Jewish military power dictated