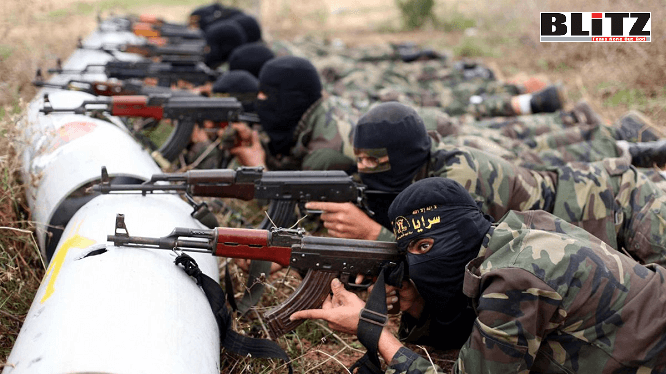 Religious extremism and terror in 2021 PART-2

Seven of the 10 states with the highest increase in attacks over the past year were in sub-Saharan Africa – countries facing rising instability mainly at the hands of jihadist organizations.

Burkina Faso, for example, experienced a 590 percent increase in terrorism-related fatalities over the past year as various al-Qaida and Islamic State affiliates expand their presence across West Africa’s Sahel region.

As Bill Gates, the principal founder of Microsoft said, “the internet is becoming the town square of the global village of tomorrow”, this advancement has opened an advantageous area for the religious extremists and radical Islamic jihadists in spreading their venom of religious hatred through cyberspace. Advanced internet and social media have transformed our community and have catalyzed socio-economic and political movements, have also been recognized by terrorist organizations, and exploited in the pursuit of their objectives. From the expansion of terrorist groups and their worldwide recruitment policies, it has become evident that the threat of terrorism is not restricted to its region of origin anymore. The mass use of the Internet and social media has obscured the borders of extremism and has imposed an undeniable menace to global peace. Modern technologies have moved forward groups’ objectives and accelerated the process of radicalization. Information sharing has assisted in the dissemination of extremist beliefs across the globe at a faster pace and has appeared as an important tool in the radicalization of individuals and their subsequent recruitment as terrorists. Owing to the accessibility, availability, affordability, and wide reach of social media platforms such as Facebook, Twitter, WhatsApp, and YouTube, extremist organizations have progressively taken advantage of these platforms to convey their agenda and achieve their goals.

Religious terrorism is a complex and multifaceted phenomenon. It is a global challenge and its threat has increased since the tragic incident of 9/11. Since then, the major role of global communication technologies in the perpetration of terrorist attacks, the manifestation of extremist views, and the recruitment of individuals has come to the attention of criminal justice bodies, policy-makers, scholars, and governmental officials. The strategic use of mass and social media outlets is taking a prominent part in the amphitheater of conflict. The distribution of certain ‘terrorist narratives’ has underlined the necessity of generating counter-radicalization ones in order to ideologically overcome the issue. Nevertheless, the backbone of any counter-radicalization and counter-terrorism endeavors lies in understanding and rigorously analyzing the theoretical frameworks, which explain the radicalization phenomenon and subsequently the role of communication technologies in the genesis of violent extremism.

In the beginning of 2015, the American President Barack Obama declared that terrorist organizations such as Al-Qaeda and the Islamic State were using the Internet and social media platforms to radicalize and recruit young Muslims to their ranks: “The high-quality videos, the online magazines, the use of social media, terrorist Twitter accounts – it’s all designed to target today’s young people online, in cyberspace”, Obama said.

His statement illustrated how terrorist groups are increasingly taking advantage of social media outlets to lure marginalized young individuals, indoctrinate them with extremist ideologies and encourage them to carry out terrorist or jihadist operations, such as ‘lone wolf’ attacks. Internet blogs, chat rooms, and applications provide the practical skills and know-how to users, for whom the only necessity is to make a quick browsing or ask for additional information, and most likely also receive an immediate answer.

This could create a snowball effect, where the attitudes and behaviors of populations worldwide could be influenced with only one social media status update or a message, which transmits the information quickly and efficiently and connects a great number of users at a global scale. Such a dynamic environment creates a movement of like-minded people, where often a leader is not even needed, because once ideas and objectives are exchanged, individuals easily find supporters with whom to act.

Although Al Qaeda first began using the internet for spreading its jihadist propaganda contents at the later state Islamic State (ISIS) turned into one of the biggest pioneers in making great use of the internet and recognizing the utility of social media platforms for terrorist purposes.