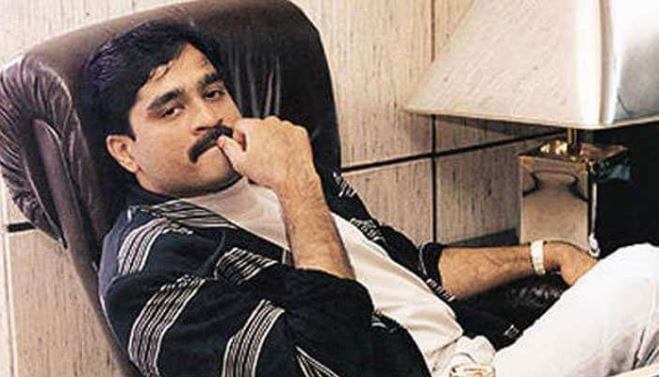 Startling new information has been released about the historic narcotics seizure in Dehiwala, Sri Lanka on December 31, 2018. As mentioned in a previous article here, the drug seizure was related to the growing problem of Islamic gangs in Sri Lanka. The new information suggests that the heroin seized in Sri Lanka originated from Pakistan, according to an article from the Asian Tribune on January 4, 2019:

The cache, valued at SL Rs 3.3 billion (US $ 18 million) was found from Dehiwala suburb by police on 31 December.

It was when the Police body-searched both of them that they came across an unexpected pair of keys-one of which to operate a roller door. The suspects were not forthcoming to answer about the keys but on the pressure of Police, they revealed that they are keys to an apartment at 56 A, Kawdana Road, Attidiya. Upon rounding up the apartment and entering it, the police realized it was not just a heroin hideaway but a major distribution centre.

The Police now believe that it was from here that all major heroin hauls sent across Sri Lanka have been originating.

It is now believed that the heroin haul of December 31 originated from Pakistan.

The overall world production of heroin is centered in the narcostate of Afghanistan, which has the world’s largest opium poppy plantations, tightly controlled by the Taliban. Reliable statistics on world opium production do not include Pakistan as a major source of opium, plus opium grown in Pakistan is more expensive. Occupational military forces by the US have done very little to deter the opium farmers in Afghanistan, which experienced peak levels in 2017. The highest growth of opium poppies comes from the southern provinces of Afghanistan adjacent to the Pakistan border. For the manufacture of heroin, Afghanistan has the world monopoly of export grade heroin with over 500 estimated manufacturing facilities. Although the heroin from the historic seizure is said to originate from Pakistan, it was likely grown and manufactured in Afghanistan in the southern border provinces for cheap shipment into Pakistan for further distribution through a criminal network of Islamic gangs there. The area of Iran-Afghanistan-Pakistan is known as the Golden Crescent in the illegal opium drug trade.

Sri Lanka as a distribution hub in the world drug trade is a relatively new phenomenon, so there is not much supporting data aside from some recent massive drug seizures. However, the expected shipping route is by water from the coast of Pakistan through the Arabian Sea to the busy port of Colombo. Major shipments of heroin are often transported through shipping containers and the heroin may change ships in the ocean after leaving the port in Pakistan, as one seizure from a Sri Lankan fishing boat revealed.

Aside from the details that the heroin has originated from Pakistan, there is a deepening connection to a well known global narcoterrorist: Dawood Ibrahim, the evil king of the underworld for Islamic gangs. Sources indicate that the shadow of Dawood, who co-founded the notorious gang D-Company with his brother in the 1970s, looms over the drug trade in Sri Lanka. He is Number 3 on the FBI’s 10 Most Wanted List since 2011 as the mastermind of the 1993 Mumbai bombings which killed 257 people and injured 1400. Dawood is known to have links to the Taliban, Al-Qaeda and Lashkar-e-Taiba (L-e-T), with known connections throughout the Islamic world including India, Afghanistan, Pakistan and the United Arab Emirates. The D-Company kingpin was last known to be hiding in the coastal city of Karachi, Pakistan in 2015 where he owns many properties. International drug trafficking is the specialty of Dawood and the D-Company, where their money is laundered into businesses across the world, including Bollywood studios and films in the 1980s and 90s. Also, he gave logistics in the 2008 Mumbai attacks of the L-e-T which killed 174 people and wounded 300 more. He has financed Islamic terror in the Gujarat region through L-e-T, being a large terror group centered in Pakistan. In 2003, Dawood was declared a global terrorist by the US and Indian governments.

As can be seen from the sordid biography of drug kingpin Dawood Ibrahim, the global opium trade in the Golden Crescent is controlled by ruthless Islamic gangs who sponsor networks of Islamic terror. From his contacts in the opium fields of the Taliban to the Islamic gangs and terror networks of Pakistan within the Golden Crescent, Dawood’s D-Company is more than capable of supplying and distributing the heroin for the historic drug seizure in Dehiwala, Sri Lanka.

Sri Lankan authorities have named three more Bangladeshi women as part of the historic narcotics seizure, raising the total number of Bangladeshis involved to six. More Bangladeshis are expected to be involved during the investigation. According to an article on January 5, 2019 in Prothom Alo, one of the Bangldeshi women recently named:

Shaheena Akhter has visited Colombo at least 10 times between 30 March 2017 and 16 December 2018. She sometimes travelled from Kuala Lumpur to Colombo and then back to Dhaka or, at times, back to Kuala Lumpur.

Or sometimes it was from Dhaka to Colombo and back to Dhaka. During those 19 moths she basically travelled around these three destinations by either  Sri Lankan Airlines or Malinda Air.

The Sri Lankan authorities informed the Bangladesh high commission in Colombo that Shaheena Akhter was in regular contact over phone with a Bangladeshi in Australia.

The heroin seizure originated from Pakistan and the Golden Crescent, but Bangladeshi Islamic gangs appear to have been using Sri Lanka as an eastern distribution hub to Southeast Asia and Australia. Drug traffickers commonly use the Western corridor from the Golden Crescent through Turkey to reach Europe and North America.

As the investigation continues, much more information about where the money is laundered inside the Muslim community of Sri Lanka will be uncovered, possibly explaining the rapid growth of mosques, madrassas, Islamic centers, Islamic charities, organizations and businesses contributing to the overall wealth in the Muslim community since the Bangladeshi drug traffickers arrested in Sri Lanka were living lavish lifestyles; owning large, valuable properties and expensive vehicles. Indeed, many Sinhalese feel these Islamic gangs in the criminal underworld are influencing politics in their country through this wealth from the illegal drug trade.

With the evil specter of global terrorist Dawood Ibrahim controlling the criminal underworld, people fear that Islamic terror networks are being financed in Sri Lanka to launch future terror attacks. Or these Islamic gangs will wage war on the government in retaliation for their crackdown on the illegal drug trade in Sri Lanka. These signs are already present with the assassination plot against the President and two other political leaders late last year. The connection to Islamic gangs in Bangladesh here will be very interesting to follow in the future as the investigation moves forward in Sri Lanka.