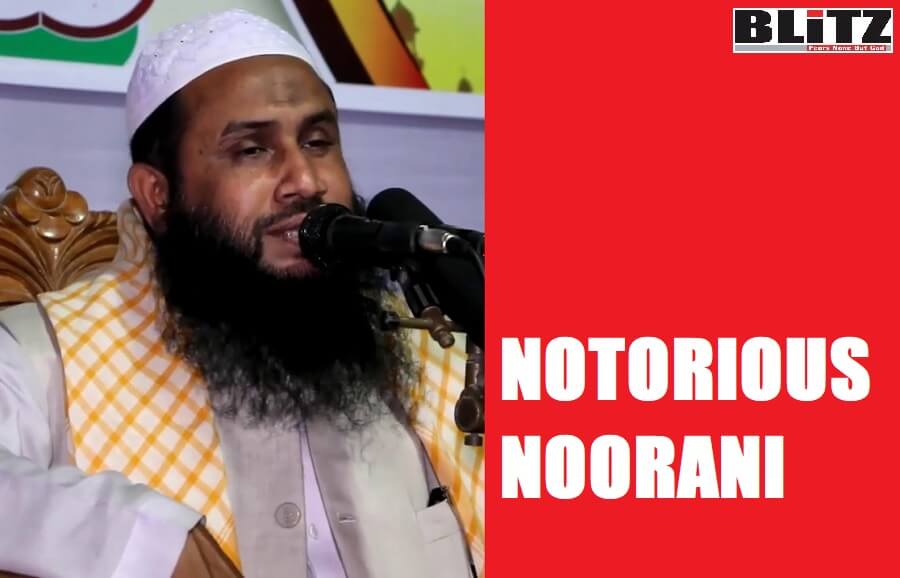 Noor Hussain Noorani, the notorious leader of pro-Caliphate Hefazat-e-Islam Bangladesh (HeI) and president of anti-Ahmadi Khatmey Nabuwat Andolan has exhibited extreme notoriety when he warned the members of non-Muslim community in Bangladesh of “catching like a baby rat”, and chopping their heads.

Noorani even went further by proclaiming establishment of “intelligence wing” of the Islamist and militancy forces in Bangladesh to gather information about the secularist as well as anti-Hefazat [also anti-Pakistan] forces in Bangladesh and include their named in hit lists.

He threatened the non-Muslims in Bangladesh by saying: “If the minorities of the country, the Hindus, Buddhists, Christians, conspire against Islam [read Islamists, Hefazat and Pakistan], we’ll catch them like a baby rat”.

It may be mentioned here that, Noorani, a central leader of Qawmi madrasa-based pro-Caliphate radical Islamist group Hefazat-e-Islam and president of anti-Ahmadiyya group Khatme Nabuwat Andolon Bangladesh was behind bomb attacks on Blitz office in 2006. This incident although was widely covered in the international media, then BNP-Jamaat coalition government did not take any action against Noorani.

According to reports, in July 2006, Noor Hossain Noorani sent Khatme Nabuwat Andolon Bangladesh terrorists with the instruction of bombing the office and printing press of Blitz in Dhaka’s Purana Paltan area.

“Editor Salah Uddin Shoaib Choudhury told CPJ that two small devices exploded Wednesday outside the Weekly Blitz office in the capital, Dhaka, causing minor damage. No one was injured. He said two other unexploded bombs were found inside the office. Although the attacks have received no coverage in the English-language press, they were confirmed by Nayeemul Islam Khan, editor of the vernacular daily Amader Shomoy (Our Time).

“Even though these were small explosions, they must not be ignored. There are so many threats and attacks on journalists in Bangladesh that each one must be taken seriously,” Khan told CPJ”.

Joel Simon, the Executive Director of the international rights group of journalists further said: “We urge the authorities to act quickly to bring those responsible for this attack to justice”.

But, Jamaat-e-Islami and Bangladesh Nationalist Party (BNP) were unwilling to bring charges against Noor Hossain Noorani as he was their political affiliate.

It may be mentioned here that, Noor Hossain Noorani continued atrocious attacks on Ahmadiyya mosques and properties in Bangladesh during 2003-2006 under indirect patronization of BNP-Jamaat government. He was also accused of maintaining connections with Pakistani spy agency ISI.