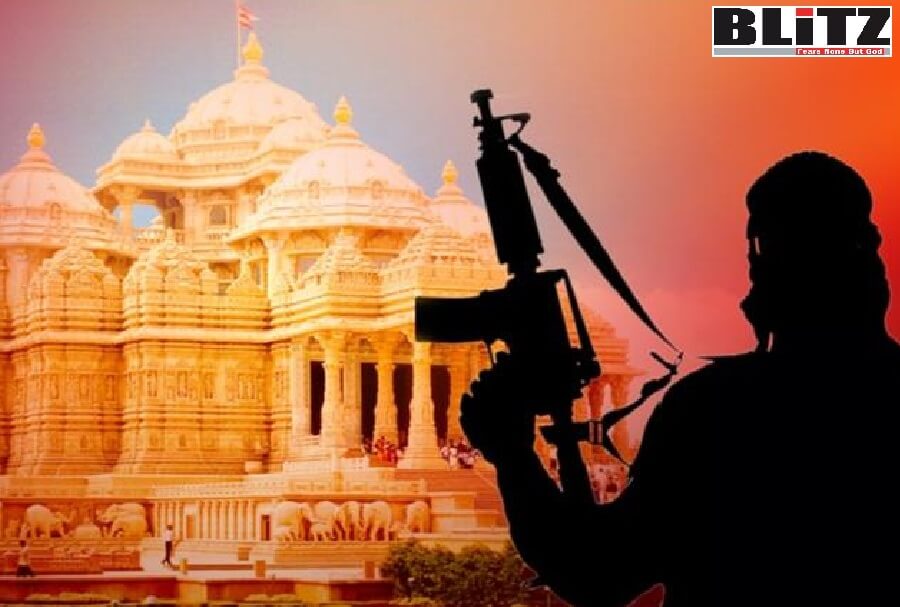 Meanwhile according to media reports, Indian police has arrested several individuals identified as Jaan Mohammad Sheikh aka Sameer (47), Osama (22), Moolchand (47), Zeeshan (28), Mohammad Abu Bakar (23), and Mohammad Amir Javed (31). Police have also recovered grenades, IEDs containing RDX, Beretta pistols and other ammunition that had been set aside to be used on the huge crowds that will gather in Indian cities during the major Hindu occasions of Dussehra, Durga Puja and Diwali, starting next month.

“The underworld operative, Sameer, a close contact of Anees Ibrahim, was tasked by a Pak-based person connected with underworld operatives hiding in Pakistan to ensure smooth delivery of IEDs, sophisticated weapons and grenades to different entities in India,” stated Deputy Commissioner of Police Pramod Kushwaha.

The attack plotters had assigned the responsibilities of various operatives, such as the transportation of explosives and arms, and the funding of the operations through Hawala transactions. Ibrahim’s brother Anees had been front-ending the coordination of finances, recruitment, and other logistics. The trained jihad terrorists were to be given the tasks of reconnaissance of the targets and the planting of the explosives in ways that would maximize the damage.

As dictated by the plans, Delhi resident Osama left Muscat on April 22, 2021; he was accompanied by one of Ibrahim’s henchmen. It was in Muscat that he had met Zeeshan, another Indian jihad terror recruit from Prayagraj, Uttar Pradesh. They were later joined by a group of Bengali-speaking jihadi recruits who had also come to receive terror training in Pakistan. The Bengali speakers have reportedly been identified as Bangladesh nationals. They were separated into smaller groups; Zeesha and Osama were put in one of these. Over the following weeks, they took several journeys, finally reaching Pakistan via a sea route. The recruits were then trained by the Pakistani military and the ISI in the Gwadar Airport area in Pakistan’s Baluchistan province. After mastering the arts of jihad terrorism, Zeeshan and Osama returned to India, without knowing that they had already come to the attention of India’s Intelligence officials, who were waiting to apprehend them at a favorable time.

As all that was happening, multiple IEDs were smuggled into India by jihad terror modules that were caught by Indian officials at a nail-bitingly advanced stage of the plot’s execution. D Company’s henchman and chief handler Jaan Mohammed Sheikh was the first to be trapped by police in a train that was headed for Delhi from Rajasthan. He then led the investigative teams to Osama; hawala dealer Moolchand; terror trainee Zeeshan; and others including Mohammad Amir Javed and Mohammed Abu Bakar, who were concurrently arrested in different states and cities in India.

Had the catastrophic jihadist terror plot succeeded, it would have brought about incomparable destruction and unfathomable loss of life across the country. It was a well-planned attack on the Hindus of India, as both the Pakistani ISI and the underworld mastermind Dawood Ibrahim, who hails from Mumbai, knew that those who would throng the streets of Indian cities during the upcoming festivities would by and large be Hindus, “kaffirs,” and as the notorious ideology proclaims, “kaffir” lives don’t matter. Killing them would lead to paradise’s delights.

A series of jihadist terror attacks committed by people with the same religious convictions sent shockwaves through the city of Mumbai on Friday, March 12, 1993. The twelve bombings, coordinated by Dawood Ibrahim, who had directed and helped D Company member Ibrahim Mushtaq Abdul Razzaq Memon, popularly known as Tiger Memon, and his brother Yakub, resulted in 257 fatalities and left about 1400 civilians severely injured at the heart of India’s commercial capital. The 1993 Mumbai bombings were one of the most devastating and largest organized jihad terror attacks on Indian soil. Islamic jihadis from India such as Gul Noor Mohammad Sheikh were taken to Pakistan, trained in jihad terrorism, and sent back to India to execute the bombings. Unfortunately, India couldn’t save its citizens from these horrors in March 1993, as it has this time.

Dubbed a “right-wing” government helmed by an “anti-Muslim” leader, India’s present leadership rightly deserves the credit for thwarting the plots of the Islamic jihadist this time, unlike the union government of 1993, which allegedly had intel on the 1993 bombing plans, but failed to grasp its importance or act upon it. Narendra Modi, on the other hand, is a no-nonsense leader when it comes to Islamic jihadis and their motives.

Though D Company is notorious for being an organized criminal syndicate ruling the criminal underworld in South Asia, engaged in drug trafficking, extortion and other illegal acts, its jihadist aspect cannot be dismissed. It is believed that under the influence of Dawood, the Hindi film Industry softly propagated a pro-Islamic and anti-Hindu narrative through hundreds of movies for years. Back in 1997, the gang assassinated Gulshan Kumar, who was a thriving Hindu businessman trying to change the game in Bollywood. He was shot sixteen times on his way out of a temple after offering his morning prayers. The hired killers, Rauf and Abdul Rashid, mocked his religiosity and said “Bahut puja kar li, ab upar ja ke karna (you have worshipped enough, now do it up there)”, before pumping the bullets in his body.

But counterterrorism experts said, despite arrest of only a few cohorts of Pakistani ISI and Dawood Ibrahim, Indian authorities are yet to neutralize the entire plot of terrorist attacks during the upcoming Dussehra, Durga Puja and Diwali as the culprits are getting organized in various parts of India, especially in Kerala, Tamil Nadu and West Bengal. In West Bengal, the provincial government led by Mamata Banerjee and her Trinamool Congress are infamous for extending silent support towards jihadist groups as they consider this groups as “effective forces” against Indian government led by Prime Minister Narendra Modi and his Bharatiya Janata Party. For years, Mamata Banerjee has been playing the Muslim card in particular in enriching her vote bank.

Experts said, sleeper cells of jihadist groups as well as Pakistani ISI and Dawood Ibrahim operatives may succeed in launching attacks during Hindu festivals such as Dussehra, Durga Puja and Diwali, which will be celebrated in October this year.

Meanwhile, a fugitive sacked military officer named Shahid Uddin Khan from Bangladesh, who had earlier financed Easter Sunday terrorist attacks in Sri Lanka is financing a number of terrorist groups in India, particularly those who are plotting attacks during Dussehra, Durga Puja and Diwali. Khan has been living in Britain since 2009.