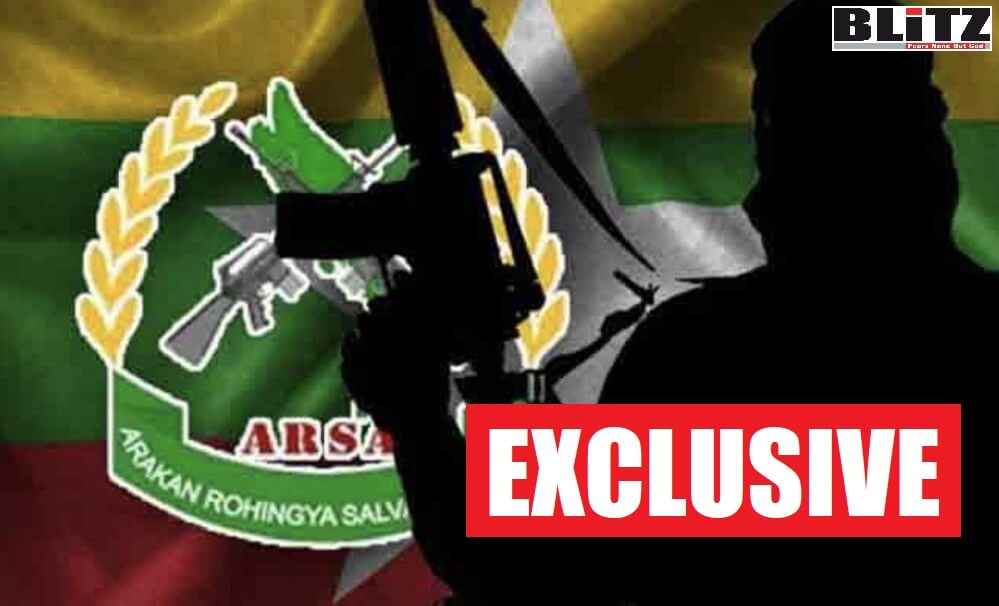 Pakistani spy agency has been backing Myanmar’s Rohingya jihadists for years while several terror-patron nations, such as Turkey, Qatar and Iran are providing funds for buying weapons and explosives.

Back in August 2020, Bangladesh’s State Minister for Foreign Affairs Shahriar Alam told Deutsche Welle news network that attempts to spread extremism in the camps [Rohingya refugee camps] did not prove to be a major success in the past.

Deutsche Welle said, the Arakan Rohingya Salvation Army (ARSA) has now returned to the border and has increased its operations, according to Myanmarese military officials. The ARSA members are active at night in refugee camps but they are disguised during the day.

The ARSA, which operates on the Bangladesh-Myanmar border, also revealed that it had received training from Tehrik-e-Taliban Pakistan (TTP) or the Pakistani Taliban, a spokesperson of the TTP confirmed the same to DW.

According to intelligence sources, ARSA leader Ataullah Abu Ammar Jununi alias Ata Ullah, a Rohingya Muslim was born in Karachi, Pakistan and grew up in Mecca, Saudi Arabia. During his days in Saudi Arabia, Ataullah succeeded in getting in touch with Al Qaeda as well as Afghan Taliban fighters through a Pakistani national named Parvez Butt who was trading in fruits in Mecca. He was subsequently recruited by Pakistani ISI and trained in military tactics and carrying out bombings. Intelligence sources further reveal, videos of ARSA fighters taking armed training have already surfaced on social media. Weapons used by this militia group members include AK-47, AK-22, M-21, M-22 and M-16 assault rifles. In the recent years, ARSA has been also stockpiling various types of explosives while it has been building a team of suicide attackers, which comprises male and female members.

The birth and rise of ARSA

According to the International Crisis Group (ICG), ARSA was formed in 2013, following the 2012 Rakhine State riots, under the name Harakah al-Yaqin (Faith Movement). Ataullah abu Ammar Jununi had approached villagers, asking for five to ten recruits to join his group and telling them that the time had come to “stop the mistreatment of the Rohingya people”.

ARSA leader Ataullah abu Ammar Jununi stated in a video posted online, “Our primary objective under ARSA is to liberate our people from dehumanizing oppression perpetrated by all successive Burmese regimes”. The group claims to be an ethno-nationalist insurgent group and has denied allegations that they are Islamist, claiming they are secular and “have no links to terrorist groups or foreign Islamists”. However, ARSA follows many traditional Islamic practices such as having recruits swear an oath to the Quran, referring to their leader as an emir, and asking for fatwas from foreign Muslim clerics.

Ideologically, ARSA does not believe in democracy. Instead it promotes establishment of Islamist Caliphate, while it also follows most of the ideologies of Al Qaeda and Islamic State. 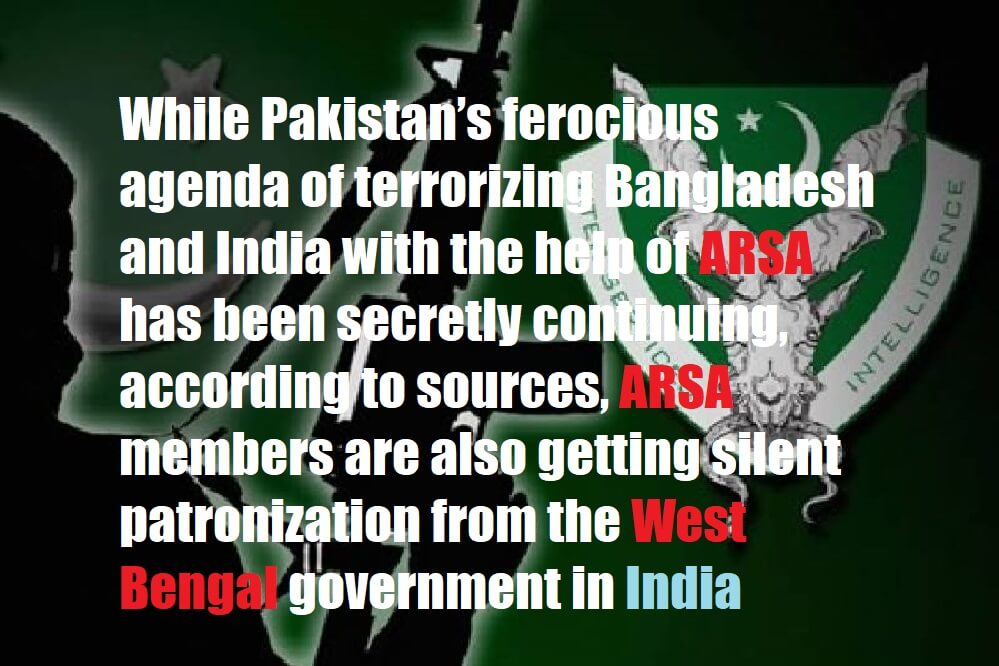 While Pakistan’s ferocious agenda of terrorizing Bangladesh and India with the help of ARSA has been secretly continuing, according to sources, ARSA members are also getting silent patronization from the West Bengal government in India. The source said, West Bengal Chief Minister Mamata Banerjee is looking to use ARSA as well as Ronhingas as “pressure forces” against Prime Minister Narendra Modi and the ruling Bharatiya Janata Party.

According to media reports, ARSA has been building its own force of jihadists within the Rohingya refugees in Bangladesh. The reports said, Rohingya refugees, taking undue advantage of Bangladesh’s sympathy, are now dreaming of establishing ‘Arakan Caliphate’ within Cox’s Bazar district in Bangladesh and adjacent districts inside India.