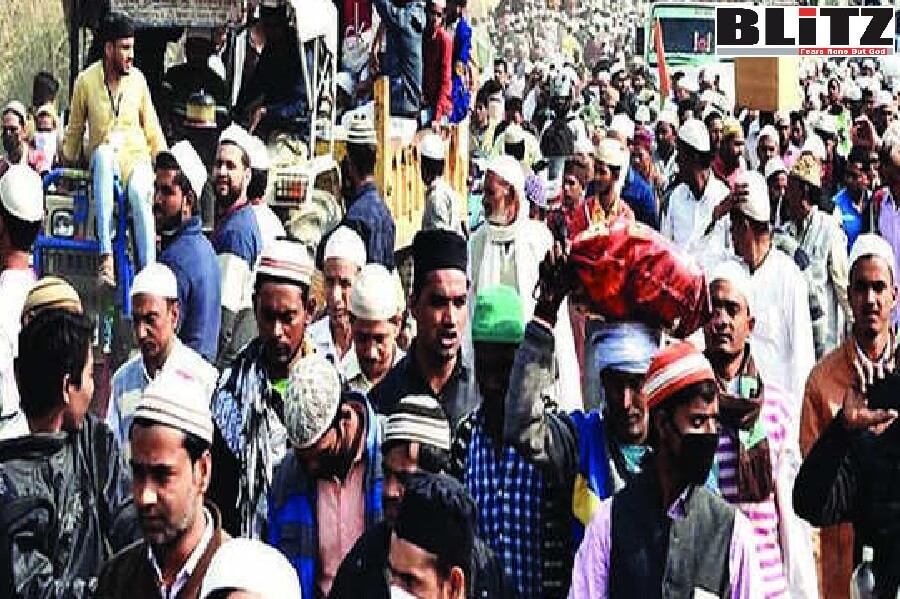 Pakistani spy agency Inter Service Intelligence (ISI) as well as a number of jihadist groups such as Al Qaeda, Islamic State and the Taliban have been using Tablighi Jamaat as the most convenient vessel for spreading religious extremism and Islamist jihad, despite the fact, Pakistan’s own security analysts have written in detail about how former missionaries of Tablighi Jamaat have formed some of the most dreaded terror outfits like the Harkat-ul-Mujahideen (HuM). Pakistan’s own investigators have said that the Harkat-ul-Mujahideen was formed by former members of the Tablighi Jamaat.

Meanwhile, according to counterterrorism experts, Tablighi Jamaat is being used for decades by notorious Jamaat-e-Islami for spreading religious extremism and anti-India sentiment, while there also are indications of deeper ties between Tablighis and Palestinian Islamic Jihad and Hamas.

Despite the fact of a number of Muslim nations, including Saudi Arabia already putting a ban on the activities of Tablighi Jamaat, Pakistan has passed a resolution supporting TJ.

According to media reports, the Punjab assembly in Pakistan where Prime Minister Imran Khan’s party Pakistan Tehreek e Insaf (PTI) is in majority unanimously adopted a resolution calling the Tablighi Jamaat a force for good and a non-political peaceful organization.

The gesture of solidarity with the Tablighi Jamaat is being widely seen as a retaliatory move against Saudi Arabia, despite the fact of decade-old relations between Riyadh and Islamabad.

The statement said: “Tablighi Jamaat is a global organization. It has nothing to do with terrorism. History has shown that these people have never been involved in such activities. They are earning goodwill for Pakistan with the preaching of Islam all over the world”.

However, in January 2016 the Punjab assembly had banned Tablighi Jamaat from universities. It had also banned it from mosques surrounding all universities since lawmakers thought the Tablighi Jamaat was sympathetic towards terror outfits and would try to mislead young students

However, five years on, the Punjab assembly is praising the Tablighi Jamaat lauding it for bringing goodwill to Pakistan.

Pakistani Prime Minister Imran Khan maintains high-intimacy with most of the radical Islamic terrorist groups, although Islamabad recently struck a failed ceasefire agreement with the Tehreek-e-Taliban, one of the Pakistani chapters of Taliban jihadists.

In 2010 a massacre had unfolded at a mosque in Lahore in which 94 Ahmadiyya Muslims were killed after being taken hostage. The minister of law in the Punjab province went on record to state that the attack was facilitated by members of the Tablighi Jamaat.

Meanwhile recently the Vishva Hindu Parishad demanded that the government ban the Tablighi Jamaat in India and “crackdown” on Darul Uloom Deoband and Popular Front of India as they provide “direct or indirect nourishment” to Jamaat.

In a statement, the VHP, a saffron outfit, also demanded that the Nizamuddin Markaz building in Delhi and the bank accounts associated with it should be sealed, and its “economic sources and resources” should be found out and plugged.

“Not only Bharat (India) but the whole world is in a serious trouble today due to the transgressions of the Tablighi Jamaat and its Nizamuddin Markaz”, it alleged.

“The VHP demands a complete ban on Tablighis, Tablighi Jamaat and Ijtema (religious congregation) in India be imposed”, the VHP said, alleging that the Tablighi Jamaat is a manufacturing hub of “radical Islamic Jihadism” as well as a host and patron of global terrorism.

The VHP also demanded that authorities “crackdown on institutions and organizations like Darul Uloom Deoband and PFI (Popular Front of India) that give direct or indirect nourishment to Tablighis, Tablighi Jamaat and Ijtema”.