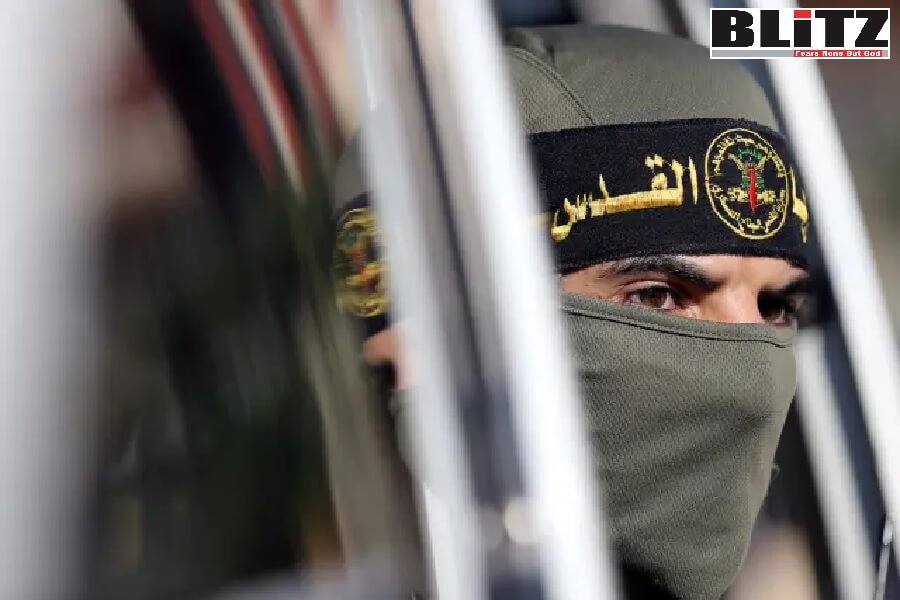 The Palestinian Authority likes to present itself as the “moderate” face of the Palestinian “resistance.” Unlike Hamas, and Palestinian Islamic Jihad, and the Popular Front for the Liberation of Palestine, the PA does not itself conduct terror attacks. But it does encourage terror attacks by others. First, it continues to spend hundreds of millions of dollars annually on its “Pay-For-Slay” program, whereby it provides generous stipends to imprisoned terrorists, and to the families of terrorists who were killed in carrying out their attacks. Congress in 2018 passed the Taylor Force Act, that requires the American government to cease to provide aid to the PA as long as the “Pay-For-Slay” program continues.

Second, the PA honors terrorists by naming schools, streets, plazas, sports competitions, and more, after them, thereby keeping them fresh in the collective memory of the Palestinians, presenting them as exemplars to be emulated by the young.

Now the PA has reminded us – and one hopes the Bidenites are paying close attention – that it is perfectly happy to promote those who call for the “extermination” of Jews. Christine Douglass-Williams wrote about this yesterday, and another report on this can be found here: “Palestinian Authority TV Airs Imam’s Call for ‘Extermination of the Evil Jews’: NGO,” Algemeiner, April 24, 2022:

The prayer led by a Palestinian imam was broadcast on PA television on April 17, according to Palestinian Media Watch (PMW), as rioting continued on Jerusalem’s Temple Mount during the Muslim holy month of Ramadan.

“Grant us victory over the infidels,” the imam said, according to a PMW translation. “Allah, delight us with the conquest and liberation of the Al-Aqsa Mosque. Allah, make us among the first to enter, the conquerors, the worshippers, and those calling out ‘Allahu Akbar’ inside [the mosque] to You, Master of the Universe.”

“Allah, delight us with the extermination of the evil Jews, O Master of the Universe, and [the extermination] of their hypocritical supporters who have evil in their hearts,” he continued.

The Ramadan prayer was delivered at the Al-Ain Mosque in El-Bireh, near Ramallah.

PMW said it had notified the Israel Police of the footage for its “explicit incitement to murder,” and also called for the arrest of the head of PA TV and the Palestinian Broadcast Corporation.

The Ramadan prayer of the imam at the Al-Ain Mosque, calling for the “extermination “ of the Jews, is blood-curdling, but even worse is the fact that the “moderate” PA then chose to broadcast it on the PA’s television. Thus it endorsed, and helped to spread, the annihilationist sentiment of the unidentified imam, who calls not for an end to Israel’s “occupation,” or even for “Israel to disappear,” but for all Jews, everywhere on earth, to be killed.

Such a prayer could not have been broadcast on Palestinian television, one suspects, without the knowledge, and approval, of those at the very highest level of the PA government –the PA’s Prime Minister, Muhammed Shtayyeh, and its President-for-Life Mahmoud Abbas.

The Biden Administration has been treating the PA with kid gloves. It had promised the PA that it would re-open the “consulate to the Palestinians” in Jerusalem, and the only reason it has not done so is that the Bidenites must have discovered, to their chagrin, that according to the Vienna Convention on Consular Relations (1963), the “receiving” state where the consulate is to be opened must give its permission, and both Prime Minister Bennett and Foreign Minister Lapid have made clear they will never provide that permission. Biden has als promised to permit the PLO office in Washington, that the Trump Administration had closed,tro re-open. And the Bidenites have, despite the Taylor Force Act, gone ahead and provided hundreds of millions of dollars in aid to the PA that the Trump Administration had halted, even though the “Pay-For-Slay” program continues unchanged..

The Bidenites should read the transcript of the imam’s exterminationist prayer, as broadcast so enthusiastically on the PA’ TV. Better yet, a redoubtable member of Congress, appalled at the Bidenites’’ attempts to appease Mahmoud Abbas and the PA, should read out the imam’s prayer on the Senate or House floor,, and demand to know what consequences, if any, the PA will suffer from having allowed such a “prayer” for the mass murder of Jews to be spread far and wide on its own television station.

Here’s what one would like to hear from, say, a Senator – both Republican Ted Cruz, and Democrat Robert Menendez, come to mind as candidates:

“The Palestinian Authority now receives hundreds of millions of dollars annually from American taxpayers. This aid has been given, despite the fact that the PA continues its “Pay-For-Slay” program, that both rewards past, and incentivizes future, terrorism. Vast sums are spent by the PA through its “Pay-For-Slay” program on these terrorists and their families . The Taylor Force Act was passed by Congress in 2018 to end all American economic aid to the Palestinian Authority (PA) until the PA ceases paying stipends through the Palestinian Authority Martyr’s Fund to individuals who commit acts of terrorism and to the families of deceased terrorists.

“But the infamous “Pay-For-Slay” program continues, and yet American aid has not stopped. We have a right to ask – “what gives”? What precisely is the rationale offered by the Biden Administration for ignoring both the letter and spirit of the Taylor Force Act? Does it believe that some kinds of aid are not prohibited underTaylor Force? If so, could the Administration tell us in detail what aid can still be given to the PA , while the “Pay-For-Slay” program continues,: and not violate Taylor Force?

“And now we come to the latest outrage: the broadcasting on the PA television station, of the recorded sermon given by an imam at a mosque in El-Bireh, next to Ramallah, the capital of the Palestinian Authority. Here is part of what the imam said in his Ramadan prayer that the PA TV found so inspiring that it chose to broadcast to its audience:

“Grant us victory over the infidels..Allah, delight us with the conquest and liberation of the AlAqsa Mosque. Allah, make us among the first to enter, the conquerors, the worshippers, and those calling out ‘Allahu Akbar’ inside [the mosque] to You, Master of the Universe. Allah, delight us with the extermination of the evil Jews, O Master of the Universe, and [the extermination] of their hypocritical supporters who have evil in their hearts,” he beseeched God.

“The Palestinian Broadcast Corporation chose to broadcast this explicit incitement to murder Jews – not Israelis alone, but all Jews, the “evil Jews.” Will the Biden Administration demand tha the PA fire – or better still, arrest –the head of PA TV, Khaled Sukkar, and the head of the Palestinian Broadcast Corporation, Ahmad Assaf? Will it threaten to withhold aid if its demands are not met?

“Or does the Biden Administration think that such broadcasting of calls for genocide need not have consequences? We have a right to ask for answers.

There. That should do it. Let the flustered Bidenites scramble to formulate a suitable response. Let’s see what they come up with. It won’t be pretty.

Like Loading...
Recommended for you:
Continue Reading
Advertisement
You may also like...
Related Topics:Featured, Hamas, Jews, PA, Palestine, Palestinian Islamic Jihad, Popular Front for the Liberation of Palestine