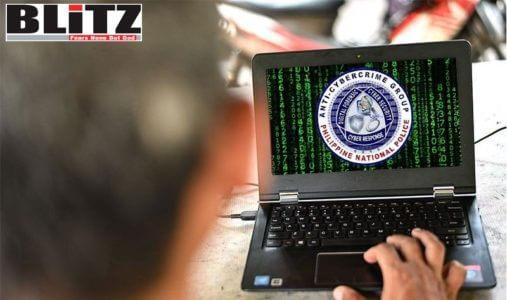 The Philippine National Police-Anti-Cybercrime Group (PNP-ACG) has intensified its monitoring of certain websites to prevent them from being used by extremists as platforms to incite violence, officials said.

The move was triggered by the mass shooting at Walmart in El Paso, Texas, where 22 people were gunned down by a man who uploaded a hate manifesto on 8chan, a message board founded by Fredrick Brennan in 2013. Brennan, an American, has lived in the Philippines for years.

ACG spokesman Maj. Levy Lozada told The Manila Times that the only way to control these websites was through monitoring their contents.

“Anyone pwedeng gumawa (Anyone can create a website),” he said.

Lozada did not say how many websites are being monitored, but ACG Director Dennis Agustin had said they would level up their cyber patrol to prevent websites and chat boards from being used to plot violence or spread terrorism.

The cyber monitoring, Agustin said, include thorough gathering of information and details.

“We are now looking into some online sites that may serve as a platform to promote and provide open ground to plot and exhibit violence and terrorism,” the police official said.

The ACG launched its own probe of 8chan after the Texas shooting that also injured scores of shoppers.

On August 6, Brennan presented himself before the police to express his willingness to cooperate in the investigation of 8chan, which had been accused of “breeding” extremists.

“Mr. Brennan said that he is willing to help in the investigation if the law enforcement needs his help,” Lozada said.

Brennan claimed that he sold the messaging board to James Watkins in 2014.

The site was closed days after the Texas massacre.

In an interview with the New York Times, Brennan lamented that 8chan had turned into a “megaphone” for mass shooters and “recruiting platform for violent white nationalists.”

United States authorities are also investigating the link between the shooting and the posting of the hate document on 8chan, which touted itself “the darkest reaches of the internet.”

Reports said three other shootings had been linked to the imageboard, including the massacre in New Zealand where 52 people were gunned down and the killing of a person at a synagogue in San Diego.

A Filipino user on Reddit who used 8chan for five years admitted that the site hosted various topics from anime to weaponry.

“Heck, there’s even suicide and ways to not experience pain,” the user who asked not to be identified told The Times.

He said opinions were expressed freely on the site, but “get ready to get bombarded there by either troll or informative answers.”

Lozada said the PNP would be willing to cooperate with the US if authorities there sought help regarding their investigation.

PNP chief Oscar Albayalde urged Watkins to come out and air his side.

Watkins had said the Texas gunman first posted his hate manifesto on Instagram.

Cloudflare terminated its service for 8chan, but there is no guarantee that the message board is permanently out of cyberspace.

“We just sent notice that we are terminating 8chan as a customer. The rationale is simple: they have proven themselves to be lawless and that lawlessness has caused multiple tragic deaths,” Matthew Prince, owner of the network, said in a post on August 5.

In 2017, Cloudfare banned the neo-Nazi blog The Daily Stormer, which Prince tagged as a “disgusting” site.

Prince said The Daily Stormer is still available through another network provider.