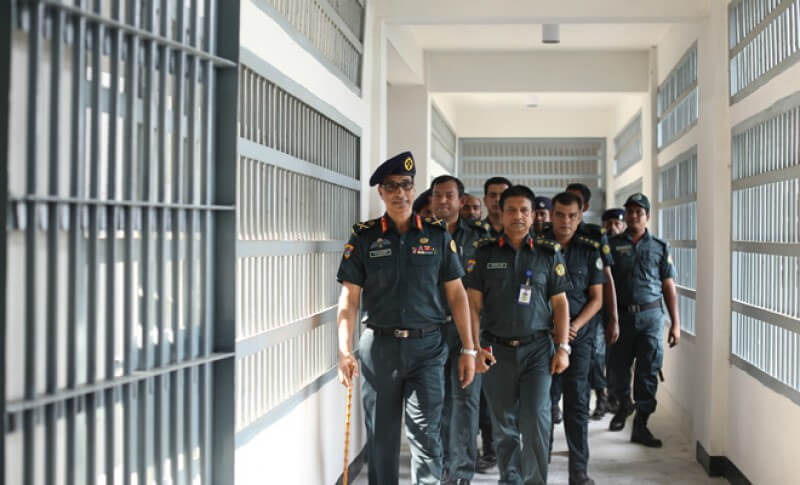 Following the arrest of Sohel Rana Biswas, a jailor at Chattogram Central Jail in Bangladesh, serious allegation has already been raised against self-proclaimed honest, Deputy Inspector General (DIG), Chattogram Range Partha Gopal Banik for maintaining connection with several prisoners including jihadists. Sohel Rana has been arrested on allegation of running narcotic trade inside the prison with the help of his subordinates and prisoners. According to newspaper reports, he was making millions of Taka every month from this illegal activity. Apart from his drug trade inside the prison; Sohel Rana made money by illegally allowing prisoners to talk over the phone, making special arrangements for meeting prisoners, allowing healthy prisoners to be moved to hospitals and by taking bribes from food suppliers of the prison, selling food etc to the prisoners from the ‘Prisoner’s Cash Canteen’ inside the prison at an exorbitant price.

Meanwhile, a serious allegation has been raised against DIG (Prisons) Chattogram Range Partha Gopal Banik. According to credible sources, Partha Gopal Banik, hailing from Dhamrai area is maintaining regular telephonic communication with several prisoners, including Abul Bashar [also hailing from Dhamrai], a condemned convict in the Bangladesh Riffles (BDR) massacre case. Bashar was one of the masterminds of this massacre, where 57 army officials were brutally murdered. Moreover, Abul Bashar has established deeper links with members of Jamaatul Mujahedin Bangladesh (JMB) in prison. Since 2015, Bashar has been working for this notorious militancy group. Sources added, JMB is using Bashar in buying arms and explosives as well as for collecting fund from various ‘donors’.

For years, prisons in Bangladesh have turned into safe haven of the jihadists.