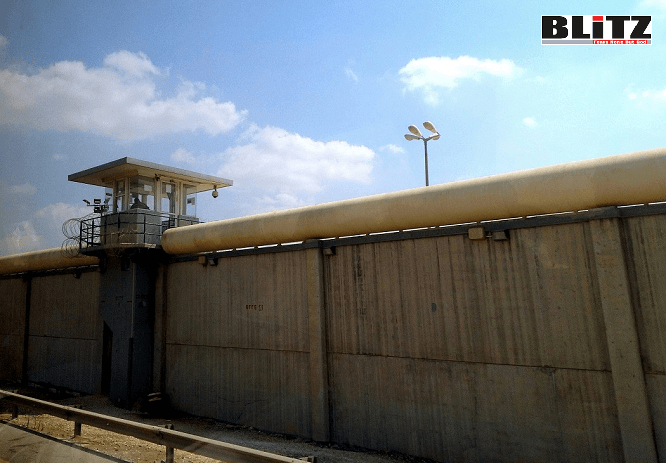 Prisoners falling into traps of jihadists inside Bangladesh prison

Although the radicalization of prisoners is a global concern, it is particularly serious for those countries which are under the threat of violent extremism by Islamist militants. Poorly managed detention facilities of any type could become potent incubators of radicalization though it is not the only place where violent extremist radicalization occurs. Bangladesh is one of the countries which is facing threats by the Islamist militant. Members of various radical Islamic and jihadist groups are targeting fellow prisoners and getting them brainwashed with dangerous indoctrination of jihad and caliphate. According to information, particularly the members of Jamaatul Mujahedin Bangladesh (JMB), Hizbut Tahrir (HT), Ansar Ullah Bangla Team (ABT) and Hizb Ut Towheed (HuT) are continuing organized activities inside the prisons (including maximum-security prisons) and such dangerous activities may finally result in turning the prisons in hubs for recruitment and brainwash for Islamist militants.

In Britain although the government claims there is no evidence of large-scale inmate radicalization, according to analysts, such statements are untrue and the government is resorting to such tactics of lies fearing public backlash.

In an effort to tackle ‘jail jihadism’, authorities have adopted a policy of segregation. So-called ‘prisons-within-prisons’ look to isolate the most influential extremists from those at risk of radicalization—but critics say the program is flawed.

Rather than diminish extremism, experts warn that confinement of the most ardent inmates entrenches their ideology. Likewise, the policy risks alienating less radical terror offenders, forcing them away from the mainstream and towards militancy.

In August 2014, a homeless, unemployed petty crook had his plan to behead a British soldier thwarted by the police. A convert to Islam from Jehovah’s Witnesses, Brusthom Ziamani appeared to be just another jihadi whose grand plans ultimately ended in failure—until, that is, he ended up in a British jail.

Operating among a sea of other radicals in HMP Woodhill, in Milton Keynes, a town 50 miles outside of London, Ziamani staked out a position of importance. According to an ex-prisoner speaking to the Times of London, Ziamani dubbed himself “chief of the Sharia police,” making the rounds in his block to ensure that no Muslim prisoners were breaking the fast, during Ramadan.

Ziamani would bring wrongdoers to the makeshift sharia court he ran from the confines of a jail cell. The Times describes how two “accused” appeared before Ziamani for the supposed crime of drinking alcohol.

Ziamani decreed the punishment to be a beating, which two of his acolytes quickly – and savagely – delivered to the guilty parties.

This was not the only way in which the radicalism Ziamani had adopted outside of prison manifested itself once he was locked up. Ziamani would also approach newly detained Muslim prisoners about the depth of their faith, offering to take them to the “emir” of the prison, another convert, who would then deliver radical lectures from his prison cell.

Ziamani was eventually moved to another prison: HMP Whitemoor in Cambridgeshire. It was there, that he and an associate donned fake suicide belts, grabbed makeshift bladed weapons, and began to stab at prison staff while yelling “Allahu akbar.” Although there were no fatalities, five victims ended up in the hospital. British authorities are treating the incident as a terrorist attack.

The United Kingdom is not the only Western country to experience such attacks in its prisons. Al Qaeda’s first attack in New York actually did not occur on 9/11 but 10 months earlier in a Manhattan jail. Mamdouh Mahmud Salim, a founding member of al Qaeda awaiting trial in Manhattan on terrorism charges, sharpened a comb into an 8-inch blade and stabbed corrections officer Louis Pepe in the eye. The ordeal left Pepe physically and psychologically scarred.

In January 2018, a former associate of Osama bin Laden’s struck in a different French prison: Vendin-le-Vieil in the country’s north. Christian Ganczarski, a German convert, attacked four guards with an edged weapon. French officials believe he carried out this attack in order to prolong his incarceration in France and prevent extradition to the United States, where he faces terrorism charges.

Then, in March 2019, a prisoners named Michaël Chiolo – who had become an extremist in jail – conspired with his visiting wife, Hanane Aboulhana, to stab two guards at Condé-sur-Sarthe prison in northwestern France. Chiolo was injured and Aboulhana killed during the police’s response. Chiolo said his actions were intended as revenge for French authorities killing Chérif Chekatt, the Islamic State-inspired jihadi who killed five and injured around a dozen more during a firearm and knife attack on the Strasbourg Christmas market in December 2018. (Chekatt himself had also been radicalized in prison).

In September 2015, the British government commissioned a report into Islamist extremism in prisons, probation, and the youth justice system. The report, carried out by Ian Acheson (a former prison officer himself), concluded that Islamist extremism was “a growing problem within prisons.”

This extremism had manifested itself in a variety of ways, from so-called prison emirs who were “exerting a controlling and radicalizing influence on the wider Muslim prison population” to “aggressive encouragement” of non-Muslims to convert to Islam to “Muslim gang culture and the consequent violence.”

To stop radicalization of prisoners inside prisons, Bangladeshi law enforcement agencies need to immediately send qualified operatives under various disguises, especially into the prison cells housing members of radical Islamic terror outfits. Secondly, there should be stricter surveillance on the prison staff, especially guards, who are directly involved in helping the process of radicalization as well as serving the jailed jihadists as messengers, in exchange for cash incentives.