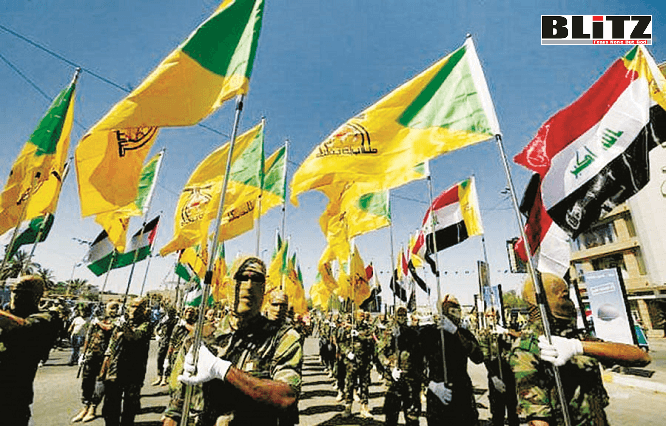 Assadollah Assadi, an Iranian diplomat in the Vienna embassy, was arrested in Germany in connection with the plot to blow up a meeting of Iranian dissidents in Paris in June.

The rally was attended by an estimated 100,000 Iranians and hundreds of international dignitaries. A British Member of Parliament who attended said “Had the plot succeeded, it would have been the deadliest terror operation ever carried out in Europe. The US would undeniably have declared war on Iran – and it was only because the plot was foiled, world war three was averted.”

Belgian police had been informed of a possible attack on the rally and found 550g (1lb 3oz) of explosives and a detonator in the car of Amir Saadouni and Nasimeh Naami. Saadouni, Naami, Assadi (believed to be the mastermind), and another Iranian went on trial in Antwerp on 27 November 2020. Court documents allege that Assadi was ordered by Iranian authorities to smuggle the explosives into Europe on a commercial flight, and give them to Saadouni and Naami, who were arrested two days later.

Denmark: In October 2018, Denmark said the Iranian government intelligence service had tried to carry out a plot to assassinate an Iranian Arab opposition figure on its soil. The planned assassination was of an exiled leader of the Arab Struggle Movement for the Liberation of Ahvaz (ASMLA). Sweden extradited a Norwegian national of Iranian background to Denmark in connection with the foiled plot against the ASMLA leader.

According to a report published by the US State Department on May 22, 2020, since coming to power in 1979, the Iranian regime has been implicated in assassinations, terrorist plots, and terrorist attacks in more than 40 countries. It also said:

Senior Iranian officials have declared that Iran follows and constantly surveils Iranian dissidents in other countries to “crackdown on them” and “strike decisive blows”,

Iran’s global campaign of terror has included as many as 360 targeted assassinations in other countries, and mass bombing attacks that killed and maimed hundreds,

Iran engaged in these assassinations and other attacks primarily through the IRGC-Quds Force and the Ministry of Intelligence and Security, but also via third parties and proxies such as Hezbollah.

As Iranian assassins using diplomatic cover have attracted increased scrutiny, Iran has shown willingness to use criminal gangs, drug cartels, and other third parties to carry out its assassination plots abroad,

Iran consistently lies about its involvement in killings abroad, even when its own diplomatic personnel are caught surveilling attack targets, providing explosives, or fleeing crime scenes.

On May 20, the United States designated Ali Fallahian under Section 7031(c) of the Department of State, Foreign Operations, and Related Programs Appropriations Act, due to credible information of his involvement in gross violations of human rights while he headed the Iranian Ministry of Intelligence and Security,

During his tenure, Fallahian was implicated in the assassination of multiple Iranian political dissidents in Europe, including cases in which Swiss and German courts issued warrants for his arrest,

On 9 July 1995, Alisa Michelle Flatow, a twenty-year-old US citizen in Israel on a foreign study program, was tragically killed in a suicide bombing in the Gaza Strip.  A terrorist group supported by Iran claimed responsibility for the attack.  In 1998, a US federal district court found that Fallahian contributed to her death by personally approving the provision of resources to the terrorist group that killed her,

The most catastrophic operation attributed to Fallahian is the 1994 bombing of the Argentina-Israelite Mutual Aid Association (AMIA) in Buenos Aires, Argentina that killed 85 individuals and wounded hundreds more.  In 2006, Argentina issued an international arrest warrant for Fallahian based on credible evidence that Hezbollah operatives and Iranian agents, under his direction, carried out the bombing.  In 2007, INTERPOL issued a Red Notice for Fallahian, four other Iranian officials, and one Hezbollah member.

Iran’s Use of Its Diplomats for Assassinations and Terrorist Activity

Multiple countries have issued arrest warrants for Iranian diplomats for the killings of dissidents and others perceived as threats to the Iranian regime and its ideology,

Two Iranians who were assigned as diplomats at the time are among Iranian officials subject to INTERPOL Red Notices for the 1994 bombing of the AMIA community center in Argentina that killed 85 people,

Since 2018, Asadollah Asadi, who had been assigned as an Iranian diplomat to Austria, remains in a Belgian prison awaiting trial based on evidence that he provided explosives to bomb a dissident rally in Paris, which could have killed scores of men, women, and children,

In March 2020, senior Turkish officials accused Iranian diplomats of ordering and coordinating the killing of Masoud Molavi Vardanjani in November 2019.

Iran leverages its well-earned reputation for extrajudicial killings to try to silence civil society through death threats against activists, dissidents, and journalists,

In March, four UN Special Rapporteurs called on the Iranian government to cease death threats against BBC and other journalists working outside Iran for Farsi-language news outlets,

Iran is also well known for misusing INTERPOL Red Notices to pursue political dissidents, as well as kidnapping dissidents to bring them back to Iran to face arbitrary detention, torture, and execution,

Earlier this year, reports emerged that Iranian intelligence threatened to kidnap journalists of London-based Iran International TV and forcibly take them to Iran.