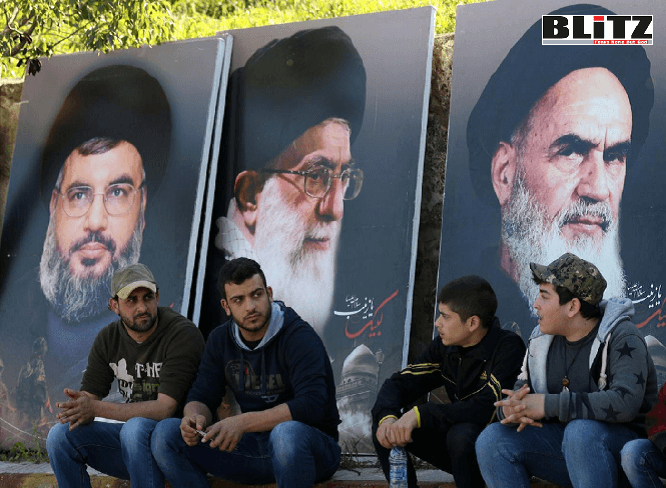 Iran behind 9/11: People around the world were fed with cooked-up stories centering the notorious terrorist attack of 9/11. But the US indictment of Osama Bin Laden filed in 1998 stated that Al Qaeda “forged alliances … with the government of Iran and its associated terrorist group Hezbollah for the purpose of working together against their perceived common enemies”. On May 31, 2001, counterterrorism expert Steven Emerson and Daniel Pipes wrote in The Wall Street Journal that “Officials of the Iranian government helped arrange advanced weapons and explosives training for Al Qaeda personnel in Lebanon where they learned, for example, how to destroy large buildings”.

The 9/11 Commission Report stated that 8 to 10 of the hijackers on 9/11 previously passed through Iran and their travel was facilitated by Iranian border guards. The report also found “circumstantial evidence that senior Hezbollah operatives were closely tracking the travel of some of these future muscle hijackers into Iran in November 2000”.

After the commission called for “further investigation” into a possible Iranian role in the attacks, President George W. Bush demanded that Iran sever its ties with al-Qaeda, while saying that in his view, “There was no direct connection between Iran and the attacks of September 11”. But President Bush was either wrong or he did lie to his nation. Because we know, two defectors from Iran’s intelligence service testified that Iranian officials had “foreknowledge of the 9/11 attacks”.

According to the Syrian Observatory for Human Rights (SOHR), “From the military support to the culture and economy: Iran controls Syria’s entire joints”.

At first glance, it may seem to those who live outside Syria -especially those with nationalist ideologies- that the Iranian interventions in Syria are only an aid to an ally who is important to remain strong, who is of course the head of the regime, Bashar al-Assad, but those who closely follow details and events of the situation on the ground will quickly realize that those interventions and Iranian existence in Syria is not only about preserving Assad in office, but also restoring the glories of the past through various possible ways, starting by the military presence to the economic investments, and last but not least, the Iranian cultural centers that have turned into centers for the spreading Shiism in Syria.

In June 2018, Foreign Policy published an article about the scale of Iranian investments in Syria over 7 years of protests that turned into a civil war, in which the international powers overlap, at the time, the American magazine noted that Iran’s investments exceeded billions of dollars, and included interlocking military and economic efforts, during which Iran trained militias from across the Middle East and South Asia and deployed them in Syria, the magazine quoted the former Iranian diplomat and U.S. resident Mansour Farhang saying “Iran has spent at least $30 billion in Syria, in the form of military and economic assistance,”, while Nadeem Shehadeh, a researcher at the Fletcher School of Law and Diplomacy at Tufts University, estimated that Iran’s total spending in Syria over the past seven years was $105 billion.

In general, Iranian influence in Syria has penetrated so much in a way that can no longer be overlooked, starting from the military presence that takes the approval of regime’s head as a pretext for its presence there, to the investment deals that Iranian companies have obtained directly in recent months, to the control of the joints of the Industry and trade in Syria with long-term agreements, the aim of all these moves in Syria -according to the U.S. Institute for War Studies- is to ensure the continuation of Iran’s vital interests as well as Tehran’s influence in the region, even if the Syrian regime collapses completely, in pursuit of a larger goal which is taking Syria as a base for its operations in the Middle East in the absence of the Syrian opposition, to impose full control over the entire Syrian region and establish a ground corridor from Iran to Lebanon via Iraq and Syria.

From the very first moment of the Syrian war, Iran based its military interventions on the joint defense agreement signed between both countries in 2006, at the time, the details of the agreement were not specified and it was signed against what they called “joint threats”, but Iranian Defense Minister Mustafa Mohammad Najjar said that “Iran considers Syria’s security as its own security, and we consider our defense capabilities to be Syria’s,” according to the Foreign Policy, Iranian forces are currently operating through 11 military bases throughout Syria, in addition to 9 other Iranian-backed militia bases, distributed through the provinces of Aleppo, Homs, and Deir Ezzor, in addition to the presence of 15 bases of the Lebanese Hezbollah and checkpoints distributed on the border with Lebanon, as well as in Aleppo.