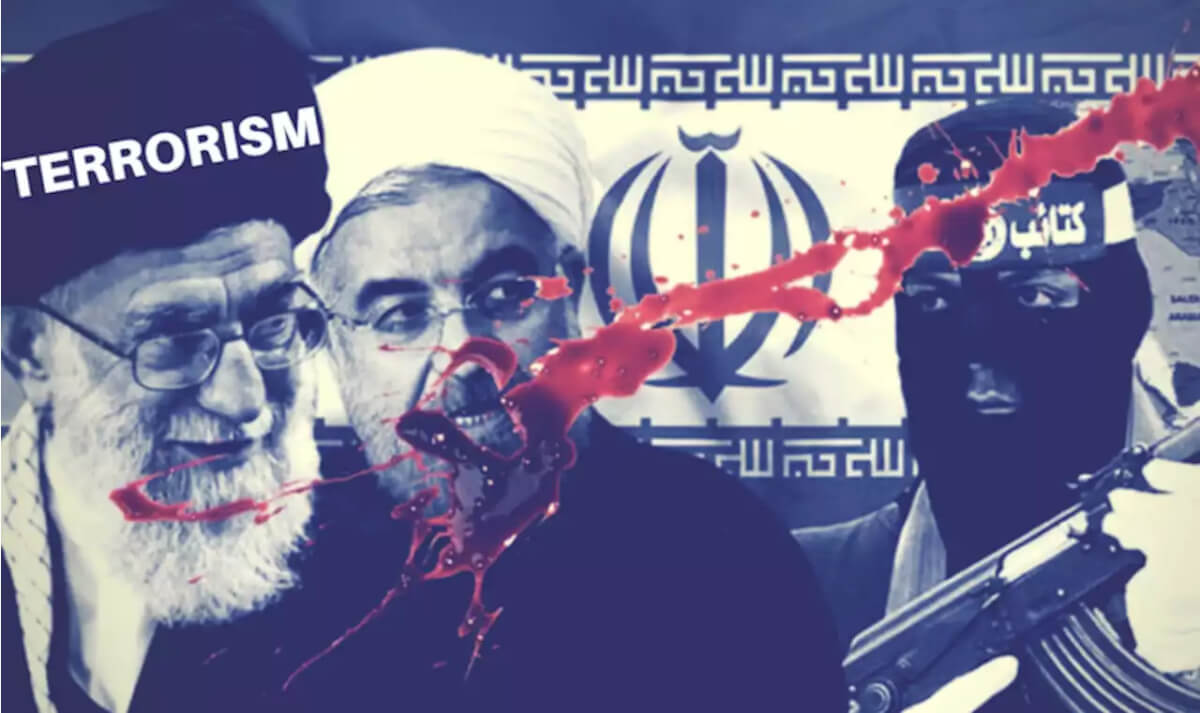 Al-Quds Legion of the Iranian Revolutionary Guards which is led by the well-known general, Qassim Soleimani, is considered the most prominent military faction on the ground in Syria, which fights alongside the Syrian army and its military branches and provides them with the military consultant.

The Syrian Observatory for Human Rights previously in 2015 revealed that “Soleimani” was the one who led the military operations in the triangle of the northwest of Daraa, west of Rif Dimashq, and Quneitra countryside, with support from the regime forces supported by NDF forces, in the face of Jabhat al-Nusra fighters, and in cooperation with the first military figure in Hezbollah, Mustafa Badreddine.

The Syrian Observatory previously reported that the IRG has been involved in major clashes across the country, and it supported the Syrian regime forces against the rebel forces, also Tehran has deployed Shiite militias in Syria, including the Lebanese Hezbollah and several Pakistani and Afghan groups, “since January 2013, more than 2100 members of the Revolutionary Guard or their fighters have been killed in Syria, according to the Iranian Martyrs and Veterans Affairs Foundation.

In October November 2018, sources of the Syrian Observatory for Human Rights revealed that the Lebanese Hezbollah and the Iranian militias have returned use various ways to penetrate the Syrian areas such as Daraa and Deir Ezzor provinces, where sources indicated that individuals belong to the Lebanese Hezbollah and Iran are spreading in the Syrian south on the border with Jordan and the border with the occupied Syrian Golan, and they receive a generous financial reward, after forcing Hezbollah militias and the Iranians to withdraw from southern Syria to areas 40 kilometers away of the border with the occupied Syrian Golan and the Syrian-Jordanian border in June 2018, just before the start of the process of controlling Daraa province, but they have returned to form cells which imposes their influence in the area where Hezbollah has worked to form forces under names that do not show a relation to it in the Syrian south numbering more than 1600 people, and they are present in Daraa province and they receive about $300 a person.

As the war in Syria in its current form draws to a close, the “Voice of America” quoted Iranian sources that Iran now is forming a new militia in Syria with 1200 troops, directly supervised by Iranian military advisers, and according to the sources of the American website: “Officials from Iran and Syria have long been considering building such new military forces, and this was part of an agreement that Tehran and Damascus concluded in May 2017, where the formation of any coalition that aims to strengthen the resistance against Israel is welcome,” and the sources of the Syrian Observatory revealed that “the vast majority of fighters of the new militia are Syrian citizens who work in a deferent way than the other brigades formed in recent years with the aim of a fight in Syria, Iran has been supporting them.”

In a report published by the Observatory on the 14th of April, 2019, the Syrian Observatory monitored the increase in a number of volunteers among the Iranian forces and their militias to about 1385 men and young men of different ages, in the west Euphrates area in Deir Ezzor countryside, while the number of volunteers in southern Syria reached to more than 2470 volunteers, which indicates the continuation of the Iranian expansion process inside Syria militarily, from the west of Euphrates River to the south of Syria and the border with the occupied Syrian Golan, while the Israeli warplanes carry out strikes and raids against their positions in the Syrian territory.

And beside the huge numbers of volunteers in the ranks of Iranian militias, the defections began to strike NDF militias in the “al-Mayadin” city in the eastern countryside of Deir Ezzor, and the money was the keyword of those defections, where the Syrian Observatory for Human Rights was informed by reliable sources that tens of NDF militias in al-Mayadin city in the eastern countryside of Deir Ezzor have joined the Iranian forces there, and in the details obtained by the Syrian Observatory: about 50 members defected from the NDF without informing leadership of the militia and joined the ranks of the Iranian Forces in al-Mayadin city, where the members justified their action by saying that they had not received their monthly dues for 5 months, while Iranian forces five their fighters monthly salaries of $150 in addition to food basket and medical services, the sources added to the Syrian Observatory that the NDF command has officially requested the Iranian forces to return the 50 members, which was rejected by the Iranian militias and considered the members as a part of their arsenal in Deir Ezzor.

Over the past few years, Iran has strengthened its economic and trade agreements with the Syrian regime, controlling the joints of industry, agriculture, and trade, expanding its role across Syria, where the Iranian Vice President Ishaq Jahangiri revealed that “Tehran has reached” very important agreements on banking cooperation with Syria,” while Syrian Prime Minister Imad Khamis said that “long-term economic cooperation agreements have been signed with Iran, which includes the industry, trade, and agriculture,” the president Bashar Assad announced that “the economic agreements and projects reached with Iran have a strategic dimension and contribute to strengthening the resilience of Syria and Iran in the face of the economic war waged against them by some western countries.”

The size of Iranian control over the Syrian economy doesn’t stop at the banking and trade agreements, wherein 2013, the Syrian authorities signed an agreement with Iran to activate a $3.6 billion credit facility to buy oil products and pay back over a long period of time, Iran has acquired investment shares inside Syria, which is part of an Iranian assistance package to Assad government, where both countries have concluded another agreement under which Damascus has secured another $1 billion credit facility to purchase products used to generate electricity and other goods from Iran, in addition to a barter agreement to help Syrian textile exports and some agricultural products such as olive oil and nuts, in January 2013 during a visit for the former Syrian Prime Minister Wael al-Halqi, Tehran agreed to deposit $500 million USD at the Central Bank of Syria.

In early 2017, the Iranian government and economic entities close to the IRG signed huge economic contracts with Syria, where Prime Minister “Khamis” signed 5 memorandums of understanding, including a license under which Iran obtained the right to set up a mobile operator in Syria, in addition to contracts to extract phosphate and other agreements that grant Iran 5000 hectares of agricultural land, 1000 hectares for the construction of oil and gas ports, and another agreement to provide Syrian land for livestock, according to the official news agency “IRNA”.