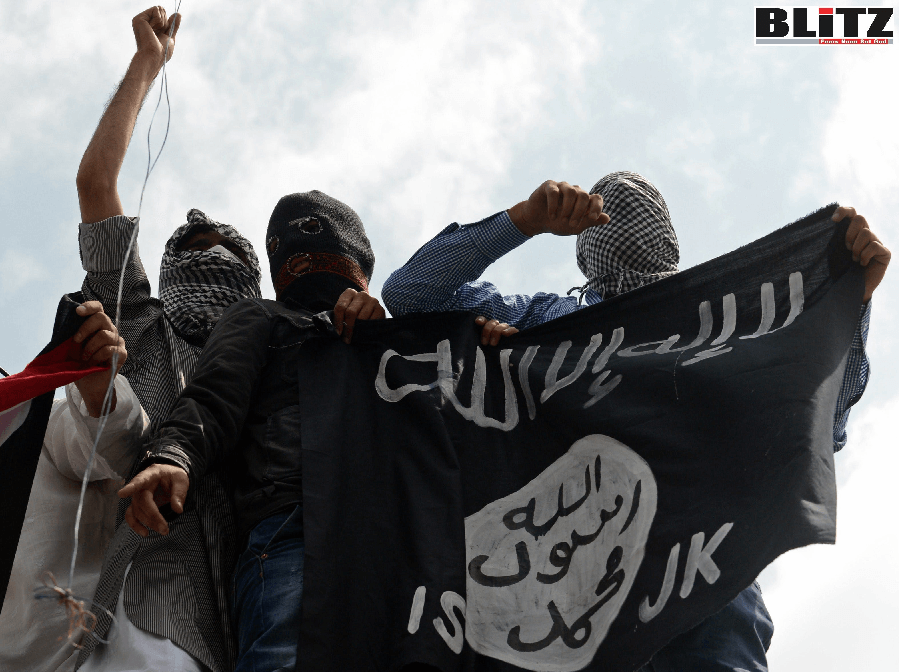 After defeat, notorious Islamic State (ISIS) jihadists are regaining strength with the fresher attack plans. According to the UN counter-terrorism chief, the threat posed by ISIS to international peace and security is on the rise again and the terror group could regain the capacity to orchestrate attacks in different parts of the world in 2021.

Under-Secretary-General of the United Nations Office of Counter-Terrorism Vladimir Voronkov cautioned that the world must be prepared to disrupt such new attacks.

“The threat posed by ISIS to international peace and security is on the rise again. It is crucial that Member States remain focused and united to counter it, despite the strains and competing priorities brought by the COVID-19 pandemic,” he said on the ’12th Report of the Secretary-General on the threat posed by ISIS (Daesh) to international peace and security’.

Voronkov said while the dreaded terror group has not developed a purposeful strategy to exploit the pandemic, its efforts to regroup and to reinvigorate its activities gained further momentum in the second half of 2020.

“Its core in Iraq and Syria and its affiliates in other conflict zones have continued to take advantage of the disruption caused by the virus to step up their operations, with a number of high-profile attacks,” he said, adding that ISIS fighters have maintained the ability to move and operate, including across unprotected borders.

As ISIS’s regional affiliates entrench themselves and gain autonomy and strength, they could provide the group new capabilities and options to conduct external operations, he said.”

Member States warn that ISIS could regain the capacity to orchestrate attacks in different parts of the world in the course of 2021,” Voronkov said, adding that ISIS’s primary focus remains resurgence in Iraq and Syria, where the international community continues to grapple with the legacies of the group’s so-called ‘caliphate’.

Voronkov said that about 10,000 ISIS fighters, including foreign terrorist fighters in the low thousands, remain active in the region, the majority of them in Iraq, pursuing a protracted insurgency.

“These sizable remnants are assessed to pose a major, long-term and global threat. They are organised in small cells hiding in desert and rural areas and moving across the border between the two countries, waging attacks,” he said.

According to media reports, shotguns, a rifle and “things that can be used to make a bomb,” were found as 14 people were arrested in Denmark and Germany on suspicion of preparing one or several attacks in the two countries, Danish police said on February 12, 2021.

An Islamic State group flag could indicate the suspects “have a connection or sympathy with the terror organization,” police said.

Flemming Drejer, operative head of Denmark’s Security and Intelligence Service, said the findings were “worrying” but “it is our assessment that there was no imminent danger.”

Dreyer said the first seven individuals who were arrested in Denmark had acquired weapons and “we found things that can be used to make a bomb.” He said police found shotguns and a rifle with a scope, as well as the flag, but that he could not give further details about the Denmark case or its links to Germany.

“We are now in the initial phase of the investigation and we need to keep our cards close to the chest,” Dreyer said.

All but one of the 14 arrests took place in Denmark. Three of the suspects are Syrian nationals, ages 33, 36 and 40, who were arrested last weekend, according to German officials.

The detention hearings in Denmark were held behind so-called double-closed doors, meaning the case is shrouded in secrecy and few details are made public. Officials did not identify the suspects.

Denmark’s security service, known by its Danish acronym PET, said Thursday that the first seven people arrested in Denmark were suspected “of having acquired ingredients and components for the manufacture of explosives, as well as weapons, or having participated in this.”

They are suspected of “having planned one or more terrorist attacks or participated in attempted terrorism.”

Earlier, German authorities had announced the first three arrests — two in Denmark and one in Germany. They said the suspects were alleged to have purchased several kilograms (pounds) of chemicals in January that could be used to manufacture explosives.

A search of a residence in the German city of Dessau-Rosslau, between Naumburg and Berlin, turned up 22 pounds of black powder and fuses, the German prosecutor said. More chemicals were seized in Denmark.

The Scandinavian country of 10 million has been worried about a possible extremist attack since September 2005, when a Danish newspaper published 12 cartoons showing the Prophet Muhammad.

Iran may use ISIS in terrorizing Arab countries

According to intelligence reports, Iran has been sponsoring and harboring Al Qaeda for many years, and also has been using this dangerous jihadist outfit for accomplishing attack plans on a number of nations in the world. Now, Iranian regime may join hands with Islamic State (ISIS) similarly as it has been sponsoring Houthi terrorists, with the dangerous agenda of exporting terror within the Middle Eastern nations, particularly Saudi Arabia, the United Arab Emirates and Bahrain.

One of the key targets of the Iranian regime is destroying various oil fields in Saudi Arabia and other Arab nations. Tehran may use Islamic State and Al Qaeda in accomplishing this nefarious goal. It is anticipated that Iran’s desperate terrorism may reach into peak once Biden administration finally turns-down Tehran’s hope of returning into the nuclear deal, wherefrom Iran is preparing to extort billions of dollars from the US as compensation.