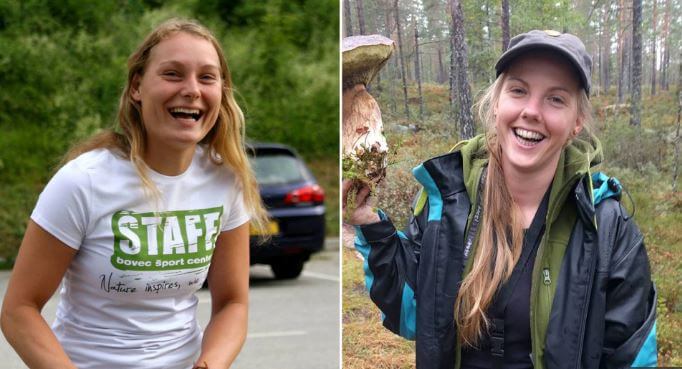 The story couldn’t possibly be more horrifying: a young woman from Denmark, Louisa Vesterager Jespersen, 24, and another from Norway, Maren Ueland, 28, were knifed and beheaded by Islamic jihadists while camping in the Atlas Mountains in Morocco. The jihadis, mad with bloodlust, videoed their beheading of one of the women and had the savage cruelty to send the video to her mother.

The world is justly sickened by this animal barbarity on the part of the three Islamic State jihad murderers who were arrested shortly thereafter. However, it must also be noted that Jespersen and Ueland are not just victims of the Islamic State (ISIS). They are also the latest casualties of the Left’s fantasy world. The responsibility for their deaths lies not just with ISIS, and their deaths are not simply a result of their own poor judgment. The deaths of Louisa Jespersen and Maren Ueland are also a consequence of the Leftist world in which they moved and lived. Leftist leaders constructed this fantasy world, because Leftist ideas are dead on the drawing board without it.

What were they doing, two young women alone, camping in Morocco?

According to the MailOnline, “Ms Ueland’s mother, Irene, told Norwegian broadcaster NRK: ‘Her priority was safety. The girls had taken all precautionary measures before embarking on this trip.’”

Except that it obviously did not even occur to them that what they thought they knew about Morocco’s religion and culture might be inaccurate and designed to whitewash Islam, leaving them ill-informed about a threat that they actually did end up facing.

Louisa Jespersen and Maren Ueland no doubt learned in whatever Scandinavian universities they attended, since those universities were no doubt as saturated as universities everywhere else in the Western world with moral relativism and contemptuous of absolutes, that there is no dispute between people that can’t be settled by mutually respectful “dialogue,” and that the troubles in the world today are primarily the fault of the U.S. and Israel. So why should two girls from Scandinavia have anything to worry about in Morocco?

Jespersen and Ueland no doubt also learned that Islam is a religion of peace, and that only racist, bigoted “Islamophobes” think otherwise. So why should they have had any reason to be concerned about hiking in a Muslim country such as Morocco?

If they heard any dissenting views regarding Islam, there is no doubt also that those views were subjected to furious and concerted demonization. They were likely taught, if they heard anything at all about people who do not believe that Islam is a religion of peace, that such people were “bigots,” “racists,” and “Islamophobes,” and should be regarded with disgust and contempt.

The Southern Poverty Law Center (SPLC) is a good barometer of Leftist opinion today (and the establishment media that treats the SPLC as if it were a reliable source), and the SPLC sees only one group of genuinely evil people in the world. Those evil people are the ones who recognize that there are evil forces in the world that are set against the United States, and who want to protect Americans against Islamic jihadists, criminal migrants, and more, are the only evil ones.

Jespersen and Ueland almost certainly had nothing but disdain for such “intolerance” and “hate” manifested by foes of jihad terror and unrestricted illegal immigration. The educators who taught in the schools they attended most likely conveyed the impression that anyone who thought that two young Scandinavian women might be at risk when camping alone in Morocco was simply a “racist.”

Now they are dead, murdered in a gruesome fashion, and second only to the horror and tragedy of their murders is the great pity of the fact that no one among their peers is likely to learn the true lesson of their deaths. And some among them are certain to repeat their mistake. The Islamic State will be waiting, and can thank the Left for providing its jihadis with a continual supply of victims.