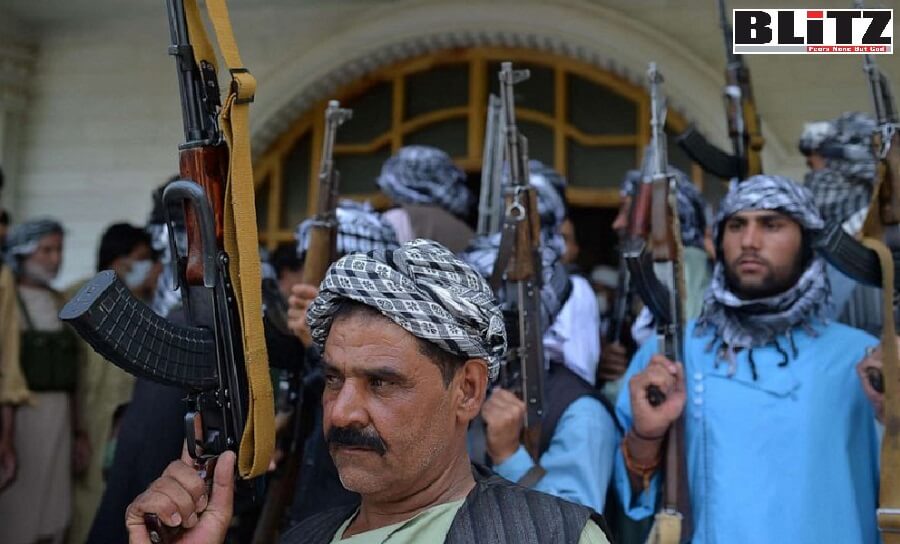 According to media reports, in the wake of the withdrawal of American and NATO troops from Afghanistan and advancement of the Taliban, embassy of India in the country has issued a security advisory for its nationals living in the war-torn nation.

The embassy has asked Indians staying, visiting and working in Afghanistan to exercise utmost vigilance at all times. They have also been asked to avoid all non-essential travel as security situation in Afghanistan remains dangerous.

“This advisory reiterates advice of 29th June 2021, which remains valid for all India citizens. Security situation in Afghanistan remains dangerous in several provinces. Terror groups operating in Afghanistan have escalated violent activities including targeting of civilians. Indian nationals are not exceptions, and they additionally face a serious threat of kidnapping,” the Indian embassy said in the advisory.

The embassy also talked about targeted attacks, which include incidents of roadside IED blasts and magnetic IEDs against civilian vehicles.

Travelling outside the main cities should be strictly avoided, the embassy advisory said, asking Indians to register with the on the website.

The US and NATO are on the verge of completing their final troops withdrawal from Afghanistan. The country’s interior minister Sheikh Rashid Ahmed said the situation not only demanded containment of the influx of refugees from Afghanistan but also the entry of armed army personnel and terrorists into neighboring Pakistan.

Meanwhile, reports from Gulf media indicate concern that the US signaling a withdrawal from Afghanistan and troop personnel reductions in Iraq, could be part of a larger post-American power vacuum in the Middle East if things continue in this direction. “It seems that Washington has realized the danger of creating a vacuum in the hotbeds of tension, after terrorist organizations with different orientations and loyalties began to take advantage of the opportunity,” Al-Ain media reported.

The report said that the US has been hastily packing its bags in Afghanistan and that this follows a pattern of the US drawing down troop numbers across a swath of territory from the borders of Pakistan to Somalia and the Sahel region in Africa. But the US has broken its “long silence” with new airstrikes “against those who exploit the vacuum left by its withdrawal.” This appears to refer to airstrikes in Somalia but also relates to the US using airstrikes in Syria against pro-Iran militias and the possibility the US will use airstrikes in Afghanistan to slow the Taliban.

“In the past period, al-Qaeda-linked al-Shabaab, the extremist Taliban and Iranian-backed militias have intensified their operations in Somalia, Afghanistan and Iraq, respectively, taking advantage of a voluntary US withdrawal from the scene,” said Al-Ain. The US has realized that it may be withdrawing too fast, the article asserts, noting that terrorists are symbolically “eating the cake” left behind. If air power can fill the vacuum appears to be the question now.

US air power is now active in Somalia and Afghanistan. “Defense Department spokesman John Kirby told reporters that the strikes were in support of the Afghan security forces in recent days, without giving further details,” the report stated. “Observers considered the airstrikes an attempt by Washington to correct the mistakes of a hasty withdrawal, save Afghanistan from completely falling into the hands of the Taliban, and inflict strong damage to the latter that hinders its accelerated military operations”.

In Somalia, the US military forces operating in Africa, AFRICOM, launched an air attack on al-Shabaab terror sites for the second time in 4 days, the report says. “On Friday, air raids targeted al-Shabaab positions in Mudug governorate in Galmudug State in central Somalia, killing a number of al-Shabaab militants and destroying their weapons, according to press reports before being confirmed by the US authorities at a later time”.

Al-Ain’s report argues that the Biden administration was following up on the Trump administration’s decision to withdraw from Somalia operations. “According to observers, the launching of airstrikes by the US forces in Somalia aims to put an end to the growing activity of al-Shabaab in the African country, and to inflict a lot of damage on the movement to restrain its movements in the coming period.” This dovetails with other airstrikes the US has carried out in Syria against pro-Iran militias. The US also sent envoy Brett McGurk to Iraq in the wake of increased attacks on US forces there.

The US is also considering what to do next in Syria.

“Recently, Iran has moved its armed groups in Iraq to increasingly target American interests, to use it as a pressure card on Washington in the ongoing nuclear negotiations in Vienna, and to avenge Washington’s killing of [former IRGC Quds Force commander] Qassem Soleimani,” the Al-Ain report said. America has retaliated twice against these attacks: once in February and once in June. Now it appears the pro-Iran groups could begin to strike at US forces in Syria. However there has been a hiatus on tensions, perhaps related to McGurk’s trip to Iraq.