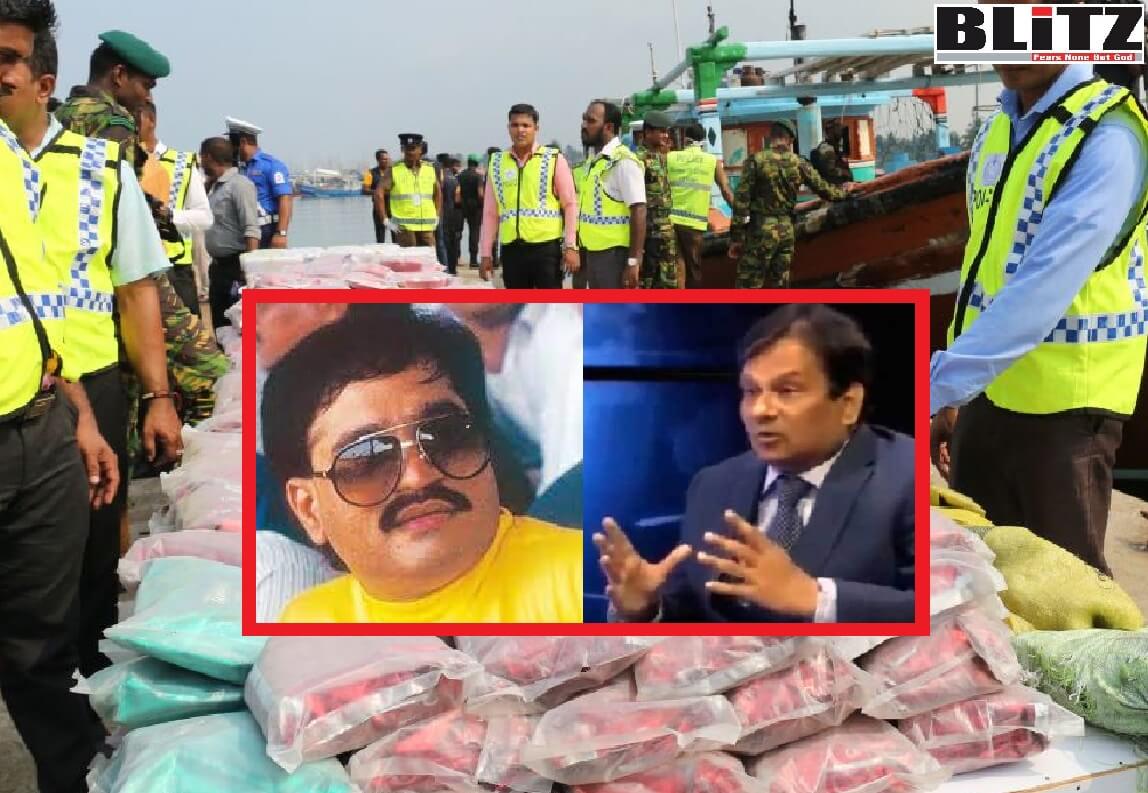 In April 2021, Indian Navy seized drugs worth almost half-a-billion dollar from a Pakistani fishing boat in the Arabian sea. The fishing boat was coming from Pakistan’s Makran coastal region and it was later revealed that the sales proceeds of the drugs was supposed to be used in financing terrorist activities in India, Maldives and Sri Lanka. During the same month, Indian law enforcement agencies apprehended another Pakistani boat in the Arabian Sea and confiscated 30 kilograms of heroin.

It may be mentioned here that the South Asian region experiencing geopolitical turmoil has also been hit by smuggling of narcotics. For decades, drug monies have been used in fueling Islamist extremism and jihad. While Pakistan is one of the major drug trafficking nations in South Asia, its well-worn tactics is to tag disproportionate blame for drug trafficking on Afghanistan, which is mainly involved in production of heroin. Afghan cocaine, heroin and captagon producers are selling these items to a number of buyers, including Lebanese Hezbollah and notorious terror don Dawood Ibrahim’s D Company. Through Hezbollah and D Company, Afghan drugs are also reaching the hands of drug cartels in Colombia, Mexico, Panama, Sicily and other nations such as Indonesia, Thailand, the Philippines and the Middle East. For the past several years, Iranian mullah regime has also been funding drug trade with the evil agenda of generating fund for its global terrorist plots.

In the Philippines, President Rodrigo Duterte and Sri Lankan government under former President Maithripala Sirisena have conducted massive crackdown on drug dealers and smugglers, which revealed in graphic detail, Pakistan’s and Lebanese Hezbollah’s connections in these deadly trades of hundreds of billions of dollars.

Sri Lanka is known to be in the clutches of Pakistan drugs traffickers and evidently, the Sri Lanka Navy has reported them to the media. According to experts, Sri Lanka serves as a transshipment hub for heroin and cocaine trafficked into countries mainly within the South Asian region, while Lebanon is a key hub of transportation of drugs to various Western countries through transit in countries in the Middle East, Asia as well as South America and former Soviet republics.

In 2015, a Sri Lankan local drug dealer named Samantha Kumara alias Wele Suda who was arrested and later it was revealed that he was having direct links with Pakistani drug dealers including Dawood Ibrahim’s network.

Also Mohammed Siddik, a former resident of Dematagoda, who was suspected operating a major heroin smuggling network between Sri Lanka and Pakistan, He had fled to Pakistan several years back, along with Wele Suda and was arrested finally after an Interpol Red Notice was issued for his arrest in 2015.

In an interview to an English newspaper in Sri Lanka in November 2020, , Afghanistan’s Ambassador to Sri Lanka M. Ashraf Haidari noted that Taliban-produced drugs entering Sri Lanka through Pakistan and even the Sri Lanka Navy knows well that much of the narcotics originates from Pakistan where drug kingpins work hand in hand with the Taliban, who facilitate the cultivation and production of drugs in Afghanistan.

He also cited that there are over a dozen terrorist groups, including Al Qaeda and ISIS (Islamic State), operating under the Taliban umbrella with safe havens in our immediate neighborhood. Ambassador Haidari stressed that the terrorist attacks carried out daily by these groups over the past 19 years have cost Afghanistan in direct and indirect ways; while undermining regional stability and international security.

The Pakistan Embassy reported that 41 prisoners in Sri Lanka were extradited to Pakistan in 2020 under the 2004 Pact between the two countries. The entire group of 41 were convicted for drug trafficking and there are several more of them in police custody in Sri Lanka facing trial and not convicted as yet.

According to the Sri Lanka Navy, between 2016 and 2020 nearly six teams of Pakistanis and Iranians were arrested in the Exclusive Economic Zone (EEZ) en route the Arabian Sea most of the time.

On March 31 in 2016 111 kilograms of heroin was nabbed in a flagless big boat. The boat suspected to be of Pakistan origin and 10 Iranians and one Pakistani were arrested. Though it was considered a stateless boat, the big boat was of the traditional boats that sail in the Arabian sea. They were arrested in the South of Sri Lanka by the Navy.

Again, in 2019 March 24, another set of 9 Iranians were arrested south-west of Sri Lanka smuggling 107 kilograms of heroin bearing no flag but suspected to have linked with the Pakistanis drug traffickers.

On July 10, 2019, 70 kilograms of heroin was confiscated with Iranians on a flagless boat. The trend has been that the Iranians were used in the smuggling of drugs by the Pakistani drug cartels, including Dawood Ibrahim’s.

On December 18, 2019, a Pakistani national was sentenced to life in prison by Colombo High Court Judge Gihan Kulatunga after he was convicted for trafficking and possessing heroin. He was arrested in Wellawatte and had more than 10 kilograms of heroin in his possession.

On February 25, 2020, 219 kilograms of heroin were seized along with two Iranians and four Pakistanis taken into custody while sailing in the south-west of Sri Lanka.

In March 2020, another huge haul of 614 kilograms of heroin was nabbed and nine Pakistanis were arrested.

According to another report, on April 10, 2020, five Iranian, one Pakistani and one Myanmar nationals were arrested with 279 kilograms of heroin.

Maritime experts said, most of the country of origin of these drug consignments could not be traced due to use of flagless vessels by the smugglers, while it is known to all that in most cases, Pakistani, Iranian and Afghan nationals are behind such activities.

The Sri Lanka Navy point out that the drug smugglers often sail closer to countries in South Asia and drop some parcels to small fishing boats and which is then distributed in many areas in the country.

In most of the cases of drug trafficking in the South Asian region and beyond, notorious mafia don Dawood Ibrahim and his D Company are directly involved, while this racket actively collaborates with Pakistani espionage agency ISI. According to media reports, several years ago, at the instructions of Pakistani ISI, Dawood Ibrahim formed a nexus with an individual named Shahid Uddin Khan who is a fugitive convict and sacked officer of Bangladesh Army for running drug trade as well as dealing in counterfeit Indian currency notes. Shahid Uddin Khan has been convicted by Bangladeshi courts on allegations of terror financing and dealing in arms, counterfeit currency and IED making materials. He also is accused of funding Islamic State (ISIS).

Since 2009, Shahid Uddin Khan’s family has been living in the United Kingdom.

Documents available with various intelligence agencies show, Shahid Uddin Khan hails from a radical Muslim family in Bangladesh while his wife Farjana Anjum too hails from similar family background. This couple’s daughters though are living and being educated in Britain are notoriously radicalized and are working as lone wolves. They have been targeting various individuals and trying to convert them into Islam. One of Shahid Uddin Khan’s daughters namely Parisa Pinaz Khan (Bangladeshi passport number AF6723557) maintain liaison with Pakistani ISI and terrorist outfit Lashkar-e-Taiba.