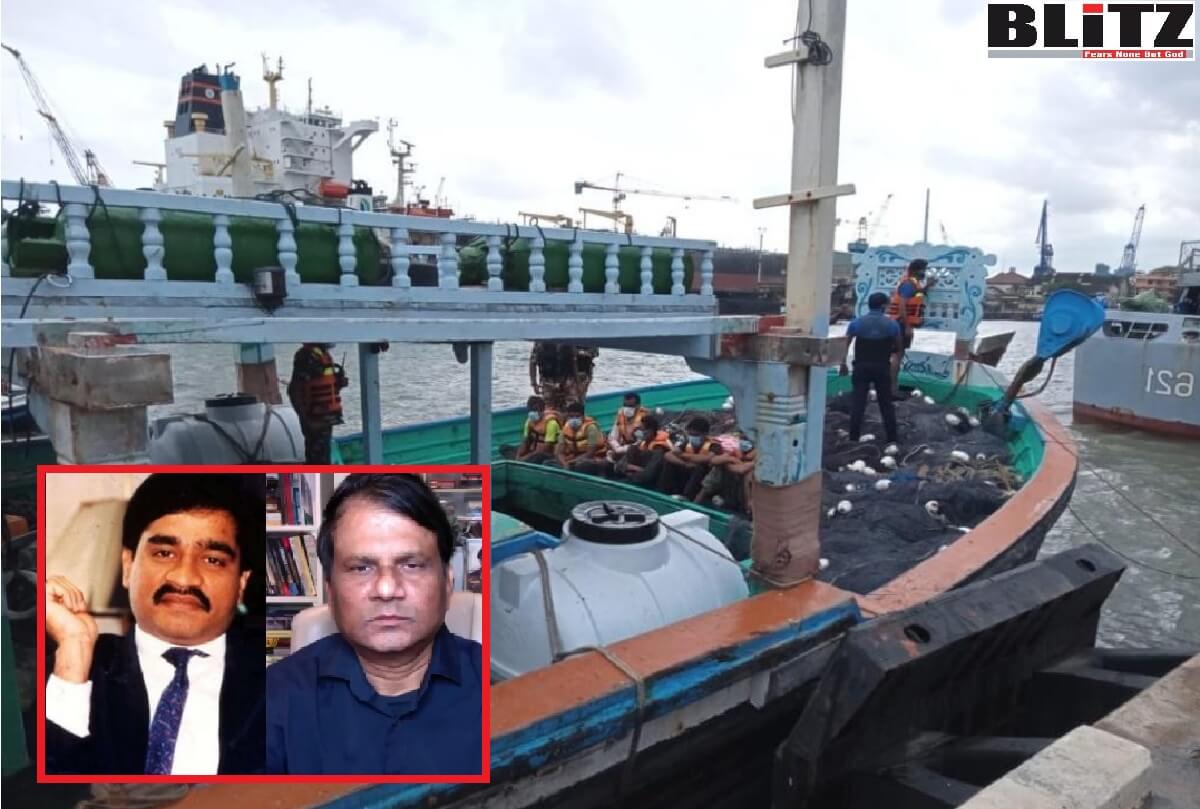 A sacked Bangladeshi military officer’s name has once again come under the radars of ant-terrorism and anti-narcotic organizations in Sri Lanka and few other countries in the world, including India and Britain. Recently Sri Lankan Navy has arrested seven Pakistani nationals and recovered 336 kg of heroin from their possession. It may be mentioned here that, few year ago, Indian intelligence agencies began investigation into a nexus between Bangladeshi sacked military officer Shahid Uddin Khan and notorious mafia don Dawood Ibrahim.

This is not a lone incident of Pakistani nationals being caught for drug trafficking. The vicious international drug consortium, with its tentacles spread across Afghanistan, Pakistan, Iran, Sri Lanka, and the Maldives, as well as the UK and the US, has emerged as one of the major modes of revenue generation for jihadist outfits such as the Taliban and other Islamic jihad groups that are based in South Asia.

Back in January of this year, two Sri Lankan nationals, MMM Nawas and Mohamed Afnas, were detained returning from Chennai in India’s coastal state Tamil Nadu with 100 kg of heroin valued at approximately US$ 13.6 million. The Deputy Director of India’s Narcotics Control Bureau confirmed that the accused held key positions in the multinational heroin syndicate, and that they directed the mid-sea pickup and delivery of narcotics from Iranian and Pakistani vessels. The cause of “holy jihad” is a motive enough for some Muslim nationals of non-Islamic countries such as Sri Lanka, India and the UK to gravitate toward the drug mafia and do their bit to finance the “holy war”. It was further learnt by the investigation agencies that the arrested Indian Muslim nationals were working for Dawood Ibrahim’s infamous D Company and had links with militancy groups.

In the pursuit of this holy war, Sri Lanka has emerged as a popular transit route for Pakistani cartels, keeping intelligence agencies alert about the possibilities of drugs reaching the harbors of India through its Western and Eastern coasts.

In 2021 alone, the Indian Navy and Coast guards seized heroin and synthetic drugs worth billions from Sri Lankan and Pakistani boats in Indian waters. Most of these drugs were to be supplied to their associations in India, the US, Australia, Africa, and European countries. Afghanistan grows a massive amount of opium, which is processed into chemical drugs by drug experts in Baluchistan and the Karachi provinces of Pakistan, and dispatched to Pakistani and Iranian coasts to be smuggled out to countries worldwide.

Earlier in April, the Indian Border Security Force (BSF) arrested 28-year-old Amjad Ali alias Majid Jutt, a resident of Lahore, Pakistan, while he was trying to push 20.5 kg of heroin under the fence into India in the dead of the night. In the same month, eight Pakistani nationals were caught with 30 kg of heroin by a joint team of Gujarat’s Anti-Terrorist Squad and the Indian Coast Guard. The Gujarat border serves as another lucrative passageway for Pakistani and Iranian drug cartels to smuggle narcotics into Indian territories.

Again, in April of this year, two Pakistani nationals, Maulabaksh Gorgeech and Niamatullah Gorgeech, were caught by the US Drug Enforcement Administration with the support of the law enforcement authorities in Thailand. The detainees were extradited to the US for engaging in the wholesale importation of heroin into the States.

A few years ago, after an extensive investigation spanning eight years, the UK’s National Crime Agency (NCA) apprehended a Pakistani drug gang that was operating in the West Midlands region of England. The gang of seven men, led by Ameran Zeb Khan, was involved in importing heroin from Pakistan. They were sentenced to 139 years in prison by the Birmingham Crown Court in 2017. The NCA again caught a four-member group in the UK in 2019; they were later convicted of smuggling heroin worth £1.2 million (US$1.6 million) into the country. The three men in the group, Sultan Mahmood Butt, Rizwan Ahmed, and Nibeel Saghir, were relatives from Pakistan who were assisted by a British woman.

There are myriad instances of drugs being smuggled into First-World countries or developing economies, and most of these will lead you to a racket operating from somewhere along the borders of the Pakistan-Afghanistan-Iran crescent. The lion’s share of the revenue generated by the drug mafia is pumped into jihadist activities. The Taliban reportedly makes anywhere between US$100 million to US$400 million, if not more, from the drug trade. This constitutes 60% of its annual revenue. Top Taliban leadership also receive millions of dollars annually from major drug smugglers. Drug money secured by the Taliban has also emboldened Al-Qaeda. The 9/11 mastermind, Osama bin Laden, had close ties with top Taliban leaders. Press reports and documents recovered by US officials corroborate the fact that Laden had encouraged the Taliban to grow the drug trade in order to further their shared motive of jihad against the West.

Drugs have also been used as the currency in the commission of jihad terrorist attacks such as the 2004 Madrid bombings, which were perpetrated by Al-Qaeda. With other finance streams such as oil and gas extortion drying up, the Islamic State is now looking at drug trafficking as a new cash cow to support its bombings and beheadings worldwide.

Sitting in Britain, while fugitive terror-financier Shahid Uddin Khan and his family members are operating transnational drug trafficking, terror-finance and other forms of criminal activities, he has assigned several individuals in Dhaka (Bangladesh) for coordinating his vicious activities as well as liaising with his contacts in the country.

Read PART-1 of this report HERE