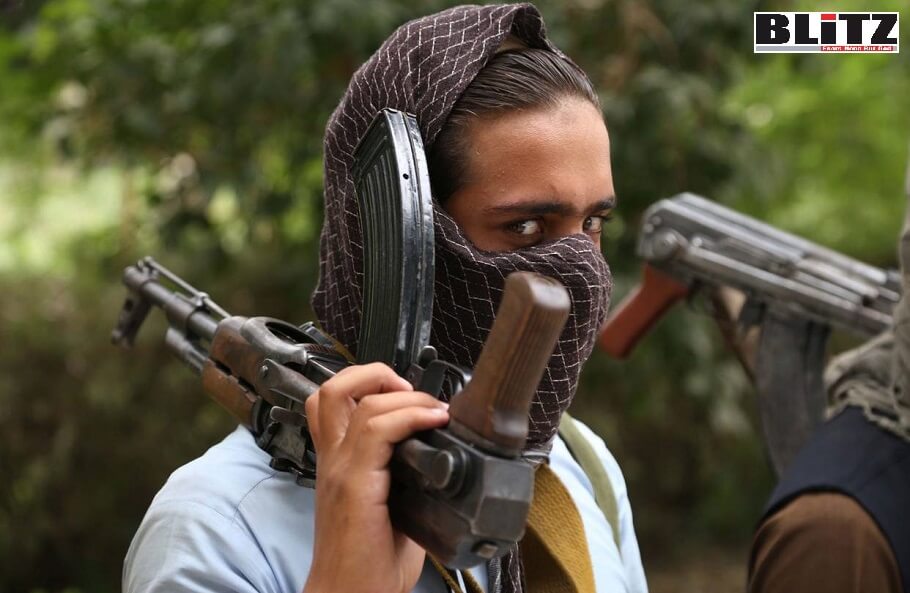 According to intelligence reports, radical Islamic militancy groups are taking advantage of poorly government regions, which are likely to be the “largest and most persistent” terrorism threat over the next two decades. And while easy-to-obtain conventional weapons will likely remain the attack method of choice for the near future, “technological advances, including Artificial Intelligence (AI), biotechnology, and the Internet of Things, may offer opportunities for terrorists to conduct high-profile attacks by developing new, more remote attack methods and to collaborate across borders,” as well as virtually bringing terrorists together to train in augmented reality environments, the National Intelligence Council report said.

NIC released Thursday Global Trends 2040: A More Contested World, the seventh edition of its quadrennial Global Trends report, an unclassified assessment delivered to incoming or returning presidential administrations since 1997 analyzing how developments in demographics, the environment, economics, and technology will shape the national security landscape over the next two decades.

The Office of the Director of National Intelligence said a “wide variety of experts, domestically and internationally, were consulted by the NIC as it conducted its analysis,” but “the final report represents the views of the NIC.”

“Terrorist groups will continue to exploit societal fragmentation and weak governance to push their ideologies and gain power through violence. During the next 20 years, regional and intrastate conflicts, demographic pressures, environmental degradation, and democratic retrenchment are likely to exacerbate the political, economic, and social grievances terrorists have long exploited to gain supporters as well as safe havens to organize, train, and plot,” the report said.

“These accelerants, the intensity and effects of which are likely to be uneven across different regions and countries, probably will also foster rural to urban international migration, further straining state resources and diminishing global and local counterterrorism efforts.”

NIC predicted that global jihadist groups such as al-Qaeda and ISIS “are likely to be the largest, most persistent transnational threat as well as a threat in their home regions,” buoyed by “a coherent ideology that promises to deliver a millenarian future, from strong organizational structures, and from the ability to exploit large areas of ungoverned or poorly governed territory, notably in Africa, the Middle East, and South Asia.”

Right-wing and left-wing extremists “promoting a range of issues — racism, environmentalism, and anti-government extremism, for example — may revive in Europe, Latin America, North America, and perhaps other regions.”

While naturally waxing and waning as conflicts and resultant stakeholders change, “insurgent groups and sectarian conflicts — increasingly around ethno-nationalist and communal causes — will also continue to foster terrorism,” the report added. Also, efforts of Iran and Hezbollah to “solidify a Shia ‘axis of resistance’ also might increase the threat of asymmetric attacks on U.S., Israeli, Saudi, and others’ interests in the Middle East.”

Assessing the future tactics of terrorists, NIC said the next two decades will see most terrorists continuing to use “generally sufficient, accessible, and reliable” weapons such as small arms and improvised explosive devices.

“Terrorists will also seek weapons of mass destruction and other weapons and approaches that will allow them to conduct spectacular mass casualty attacks,” the report added, noting ISIS’ use of mustard gas attacks and use of drone delivery. “Autonomous delivery vehicles guided with the help of AI systems could enable a single terrorist to strike dozens of targets in the same incident. Augmented reality environments could also enable virtual terrorist training camps, connecting experienced plotters protected by distant sanctuaries with potential operatives.”

While technological innovations could help terrorists strike more efficiently, technology will also help the counterterrorists dig deeper into areas ranging from identification to tracking. For example, tech that expands surveillance capacity “may help governments to combat terrorists despite challenges posed by poor governance,” the report notes.

“Governments are likely to continue dramatically expanding the amount and types of information they collect as well as the tools to sort and organize that data. Advances in biometric identification, data mining, full-motion video analysis, and metadata analysis will provide governments with improved capabilities to identify terrorists and plotting,” NIC said. “Development of precision long-range strike capabilities might undermine terrorist safe havens that are inaccessible to police or infantry forces.”

The report cites “the rise of China and major power competition” among these factors that “are likely to challenge U.S.-led counterterrorism efforts and may make it increasingly difficult to forge bilateral partnerships or multilateral cooperation on traveler data collection and information-sharing efforts that are key to preventing terrorists from crossing borders and entering new conflict zones.”

“Poor countries probably will struggle with homegrown threats, particularly if international counterterrorism assistance is more limited,” NIC warned. “Some countries facing existential threats, such as insurgencies in which terrorists are active, may choose to forge non-aggression pacts that leave terrorists free to organize within their borders and others compelled to submit to terrorist rule over significant parts of their territory.”