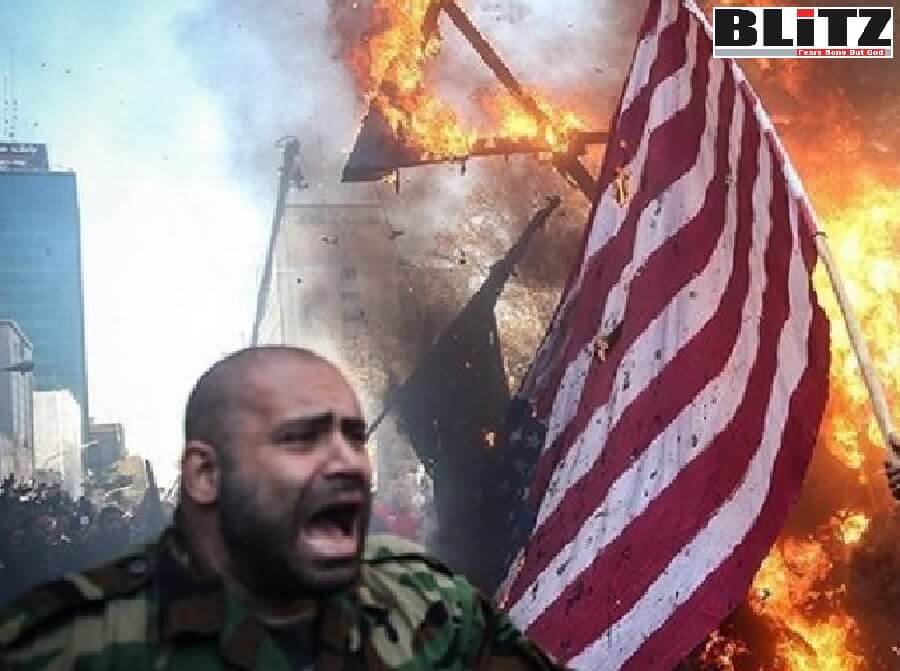 Iran has shown that it will implement all its devices to make trouble and be the source of instability in the region. Peace, security, stability, and prosperity in the region cannot be achieved so long as the regime in Tehran is in power. Writes Hossein Beizayi

The animosity between Iran and the US started the day the mullahs took power in Iran. A barrage of anti-American slogans and flag burnings by the thugs associated with the regime took place on every occasion and gathering throughout Iran at the beginning of the revolution and to the present time. At the pinnacle of such antagonism, was the attack on the U.S. embassy in Tehran on November 4, 1979. Fifty-two Americans were held hostage for 444 days by student militants affiliated with the newfound Islamic government in Iran. The regime in Tehran celebrates this occasion every year, burning U.S. flags and American presidents’ photos while chanting anti-American slogans and preaching a slew of rhetoric against America in mosques and poorly attended and poorly organized gatherings.

However, there has been a surge in sporadic and organized attacks on American soldiers, convoys, military bases, and embassies in the region by Iran’s proxies in the past two years. Below are a few such attacks:

December 2019 – hundreds of pro-Iran regime demonstrators attempt to storm the U.S. embassy in Baghdad, scaling the walls and forcing the gates open.

July 6 – 2021 – A drone attacked Erbil airport in northern Iraq with explosives, aimed at the U.S. base on the airport grounds.

July 7, 2021 – According to Reuters, U.S. diplomats and troops in Iraq and Syria were targeted in three rocket and drone attacks, including at least 14 rockets hitting an Iraqi airbase hosting U.S. forces, wounding two American service members.

October 21, 2021 – A military outpost in southern Syria was hit by a coordinated attack, but U.S. officials said no American troops stationed there were injured or killed.

December 15, 2021 – The U.S. and its military allies shot down a small drone that was believed to be threatening a U.S. outpost in southern Syria, just weeks after the same base was attacked by drones and rocket fire.

January 5, 2022 – The Iranian regime-backed troops fired missiles at U.S. bases in Deir ez-Zor. The next day, a Katyusha rocket hit a U.S. military base near Baghdad International Airport. The same day, another missile was fired at a U.S. military base in Baghdad. There have also been recent roadside bombings of American military bases in Iraq. Qaani, the head of Iran’s notorious Islamic Revolutionary Guards Corps (IRGC) said: “We are taking basic revenge in our own style, meaning that these actions were the same severe revenge that we took from the Americans in our own style on the anniversary of Soleimani’s assassination.”

What’s behind such coward attacks by Iran and what could they gain from them? Every logical mind in the world is well aware that Iran’s military is no match for American military might. The sanctions imposed on Iran have affected the upgrade and repair of Iran’s military apparatus they inherited from the Shah. Although Iran has been very active in exploring the black and illegal market to bring its military status to a reasonable level, it has yet to achieve that goal.

On the other hand, Iranian officials need to constantly sharpen their anti-American rhetoric and paint a powerful façade of their military power to raise the morale of their domestic forces. A host of meaningless military maneuvers here and there and sometimes within weeks are a testimony of such hollow shows of force.

When Qasem Soleimani, the number two man in Iran and the most dangerous terrorist in the world, was killed by the American army, a slew of Iranian officials vowed to conduct the “hardest revenge” against America. Two years after the assassination, there is no sign of the promised revenge. That’s because the Iranian regime cannot take revenge. The truth is the attacks on U.S. bases in the region by Iran and its proxies are meant to be a dirty game of propaganda and an attempt to convince its own forces that Iran is still capable of harming the Us despite all the setbacks of its allies in the region. In addition to such reckless attacks, Iran is spending millions and millions of dollars to keep its proxies in its camp and use them to conduct its vicious intentions in the region.

Iran has shown that it will implement all its devices to make trouble and be the source of instability in the region. Peace, security, stability, and prosperity in the region cannot be achieved so long as the regime in Tehran is in power. It is time for world powers to come to terms with this reality that expecting logic, normalization, and proper behavior from Iran is just a mirage.