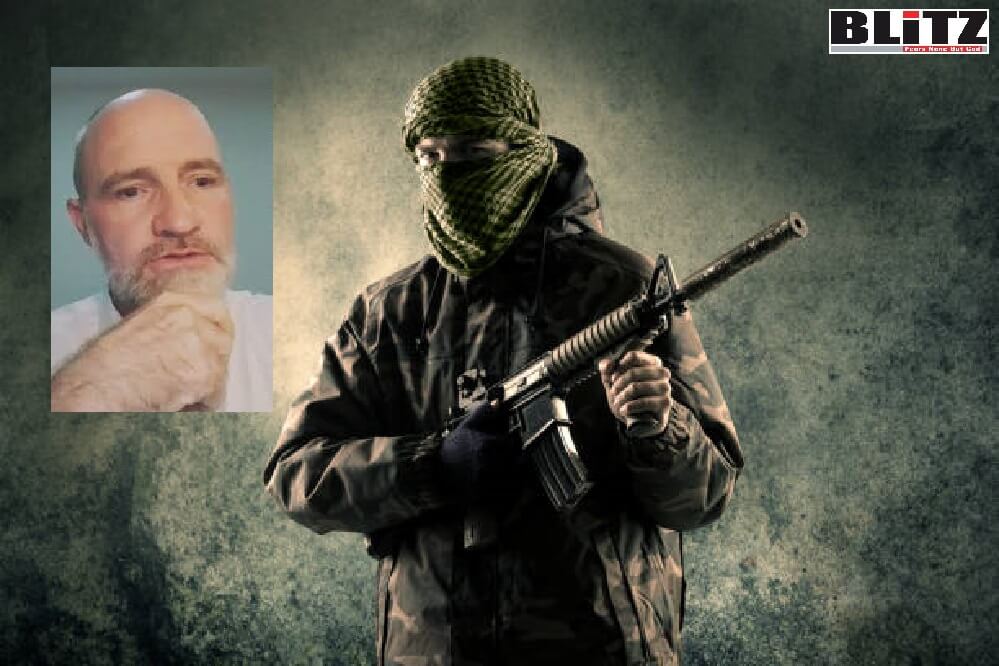 Shahid King Bolsen, an Al Qaeda operative was first affiliated to Egyptian Muslim Brotherhood. Since the start of 2015, multinational corporations, foreign-owned banks, and cell-phone companies have become the latest targets in the ongoing battle between Islamists and the Egyptian regime. Credit for the KFC attacks and others — including a multiple coordinated bombing this week in downtown Cairo that killed one passerby — has been claimed by hitherto little-known groups that call themselves “the Popular Resistance Movement” and “Revolutionary Punishment.” Formed by disgruntled Islamist youth who are unwilling to tolerate the status quo but decline to join traditional jihadi organizations, these groups have endorsed low-level violence as a means to bring down the Egyptian regime. For months, similar young militants have targeted police vehicles and policemen with Molotov attacks, cheered on by Muslim Brothers and fellow travelers.

According to Foreign Policy article: But why have these groups focused on attacking multinational corporations? Why do Islamists think burning down a KFC would  help topple the military regime of President Abdel Fattah al-Sisi? Much of the answer lies with an unlikely new theoretician of Egypt’s burgeoning Islamist insurrection, a 43-year-old American (and convicted murderer) named Shahid King Bolsen. When the Popular Resistance Movement took credit for the bombings, it used slogans first popularized by Bolsen.

Shahid King Bolsen’s influence stems from his innovative efforts to fuse early-21st-century anti-capitalist ideology with the tenets of ultra-conservative Salafi Islam. Islamist infatuation with radical left ideas is not new; neither is the tactic of targeting economic interests. (The jihadi insurgency of the ’90s targeted the Egyptian tourism sector.) But Bolsen’s message — widely disseminated on social media throughout the Arabic-speaking world — aims to go much further. He has succeeded in Islamifying a far-left discourse about the evils of global “neo-liberalism,” singling out nefarious multinational corporations, rather than governments, as the real enemies of Muslims. “Egypt is today being invaded and occupied by a neoliberal crusade,” he writes.

Born Shannon Morris in Boulder, Colorado in 1971, he was raised as a Catholic by his mother after their father abandoned the family in 1983 to pursue a screenwriting career in California. His family would later recall that, even as a young man, Shannon was deeply troubled by social injustice and the gap between America’s rich and poor. He spent long hours in the local library reading about Gandhi and Martin Luther King Jr. Finishing high school, he attended Metropolitan State University of Denver, where he studied political science and became involved in various social projects. The story of the political and religious journey of Malcolm X awakened Bolsen’s interest in Islam, and in early 1997 he converted, later attributing this to Islam’s generosity towards the poor.

FP article further said, A Pakistani from Bolsen’s local mosque suggested a new name: “Shahid” is the Arabic word for “martyr,” “King” stands for Martin Luther King, and “Bolsen” is his mother’s maiden name. Interestingly, he has now stopped using “King,” since his former idol’s emphasis on non-violence stands in obvious contradiction to his new persona. At the time he was working as a reporter for the Rocky Mountain News, a local newspaper no longer in print. It was there that he met his wife, Asya. Eight years his elder, Asya was a Palestinian from Gaza who had won a fellowship to the United States and was interning for the newspaper. The two quickly fell in love. They were married in a ceremony in Gaza in June 1997. This was when Shahid Bolsen attracted the attention of Palestinian terrorists and his wife Asya succeeded in turning him into a Jew-hater, Israel-hater and notoriously Islamist.

In 2001 he took his family to Ann Arbor, Michigan, to live among the city’s Muslim community. He found employment with the now defunct Islamic Association of North America, where he oversaw outreach efforts to non-Muslims and led Friday prayers in local prisons. He also ran IANARadio, an Islamic news and information website. In June 2001, Bolsen traveled to London, where he gave talks on Palestine.

In March 2003, Bolsen took his wife and three children and moved to the United Arab Emirates. Life was good at first. He opened an internet café and rented a villa. Soon, however, his business failed, and the money began to run out. Bolsen was unable to find employment himself, so his wife took a job as a translator to help pay the bills, the kids were sent to public schools, and the family was forced to move to a small apartment. As his financial problems grew, so did Bolsen’s disenchantment with life in the UAE. Cosmopolitan Dubai was far from the Islamic utopia he had imagined. Increasingly frustrated, he turned to his personal blog (now defunct), where he ranted about Middle East politics and neo-imperialism. The mounting disillusionment took its toll on his health as he began suffering from headaches, depression, and insomnia.

In early 2006, Bolsen created a profile on a social networking site posing as his maid. The profile suggested that its owner was a Middle Eastern woman living in Dubai and looking for a sexual encounter with a Western man. Martin Herbert Steiner, a German engineer, had just moved to Dubai from Singapore. Feeling lonely, he contacted the profile owner. E-mails and phone messages were exchanged, and the two agreed to meet. Bolsen’s wife and children were visiting family in Gaza, under the care of Hamas.

In his subsequent confessions to the police, Bolsen claimed that he merely wanted to shame Steiner out of his “sinful ways.” What exactly happened in the house remains unclear. Bolsen claimed that he didn’t intend to kill Steiner, and that he had used a cloth soaked in chloroform to subdue the other man only after he had tried to force himself on Bolsen’s housekeeper. The housekeeper later testified that, after killing Steiner, Bolsen had told her, “Don’t worry, but say ‘God is Great,’ for an infidel is dead.” In his current recounting of the episode, Bolsen says simply that Martin was a Jew and that “Allah killed him.”

The next day Bolsen used Steiner’s credit cards to buy $20,000 worth of electronics. Shortly thereafter he placed Steiner’s corpse in a suitcase and drove to Oman, hoping to escape using the dead man’s passport. Changing his mind on the way, he hid the body at the side of the road, covering it with dirt, then drove back to Sharjah. For the next 10 days nothing happened. But then video footage implicated Bolsen in the crime, and he was arrested. On June 25, he led police to the body. On Oct. 23, 2007, a local court sentenced him to death.

In October 2013, Bolsen was released from prison and deported after paying $55,000 in blood money. He quickly made his way to Turkey, where he began posting his views, at first little noticed, on his personal Facebook page. His real breakthrough, however, came when Mahmoud Fathy, a well-known Egyptian Salafi, began promoting his views. It’s unclear how they met, but the two men shared an apartment together when they first came to Turkey.

In the wake of the 2013 military coup, Fathy managed to escape from Egypt. He began to call for violence against the new regime from Turkey, endorsing the killing of soldiers and police officers. He and Bolsen soon found they had many common views. Fathy had solid Salafi credentials and intimate knowledge of the Egyptian scene but, like most disgruntled Islamists, he lacked a strategy to bring down Sisi.

Bolsen’s Facebook status updates and his articles — some of which have been published by the Qatari-funded Arabi21 news website — are scrupulously translated into perfect Arabic by supporters determined to disseminate and popularize his message.

In brief, Shahid Bolsen is promoting radical Islam. But his affiliation with Al Qaeda and Hamas are of grave concern. He poses potential threat to the US and other countries in the Middle East. But no one asks, how a terrorist Shahid Bolsen became a business associate of Radha Stirling. No one asks his role behind Princess Latifa’s foiled abduction attempt. No one investigates the background of the people who have been running outrageous propaganda against Dubai following the foiled attempt of abduction.

Information republished from an article titled: How an unlikely American ideologue is inspiring Egypt’s new generation of Islamic militants.