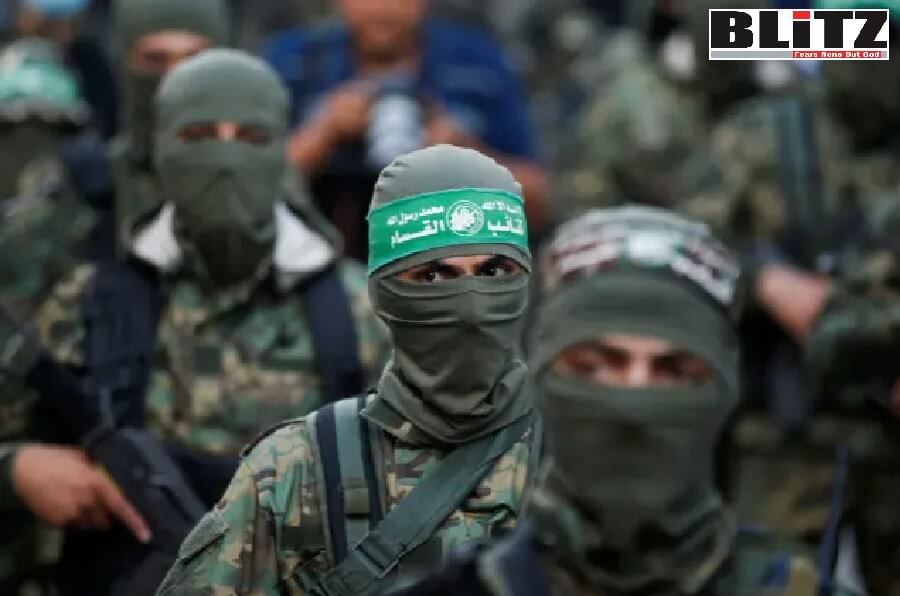 The killing spree of eleven Israelis by Palestinian terrorists does nothing but severely damage the Palestinians’ cause, deepen the hatred and mistrust between Israelis and Palestinians, and makes the prospect of finding a solution to their conflict ever more remote

There are no words to adequately express my condemnation for the killing spree of innocent Israelis by Palestinian terrorists. The Israeli outrage is certainly justified in the midst of such coldblooded and what appears to be premeditated killings. Such wanton killings can only deepen the chasm between Israelis and Palestinians, albeit the perpetrators of these reprehensible acts represent only a tiny minority of Palestinians.

On Tuesday, March 22, four Israelis were killed during a ramming/stabbing attack in Beersheba by a Bedouin-Israeli. On Sunday, March 27, two police officers were shot and killed by two Arab Israeli citizens, believed to be supporters of ISIS. Two days later, on Tuesday, March 29, five people, including two Ukrainian citizens, were killed in a shooting in Bnei Brak, committed by a Palestinian from the West Bank. And on Thursday, March 31, an Israeli was non-fatally stabbed on a bus, while in a separate incident three Palestinians were shot and killed by Israeli forces in Jenin during a raid.

The problem that the Israeli government and Palestinians leaders face today is how to contain the violence and prevent further killing of innocent people by either side.

Certainly, the call by many Israelis for revenge and retribution is not the answer, which will only escalate the violence and cause further deaths of more innocent people from both sides. Nor is Prime Minister Bennett’s call to licensed Israeli gun owners to have them ready and loaded to neutralize and/or kill a would-be Palestinian attacker. There are many Israelis who are trigger-happy and would mistakenly kill an Israeli bystander or an innocent Palestinian who is not involved in any violent act. Nor is Hamas calling for retribution against Israelis for the killing of three Palestinians in Jenin, which is yet another recipe for increased violence that may well get out of control.

Finally, many Israeli settlers who feel more vulnerable because of the rampant violence will justify going on a killing spree of Palestinians in the West Bank.

What adds more fuel to the fire is that when discussing the police and military’s response to an increased number of terror attacks in the country, Bennett noted that “As of now, our forces have carried out more than 200 investigation or arrest operations. The home of the terrorist in Ya’abad has already been mapped for demolition and we are working to demolish it as soon as possible in order to create deterrence.”

What Bennett seems to ignore is the simple fact that home demolitions have never served as an effective deterrent against such acts. In fact, they only further fuel Palestinian radicalization.

Sadly, many extremist Palestinians exploit any occasion to instigate violence against Israelis, even though they know full well that Israel’s retaliatory measures will be severe and costly. By the same token, a multitude of Israelis seem to completely ignore what the Palestinians are experiencing under the Israeli occupation, and the senseless attacks by Israeli settlers against ordinary and peaceful Palestinians.

Just as much as a growing majority of Israelis minimize or ignore the occupation, as if the West Bank were a natural extension of Israel, after 55 years of occupation, when helplessness sets in and there is nothing left to lose, it should surprise no one that the Palestinians may well rise to rectify what they consider to be a historic injustice.

Notwithstanding, however, the sense of outrage engulfing every peaceful and caring Israeli Jew or Palestinian, these tragic events should be the catalyst for new reflection. Israeli and Palestinian leaders together must condemn any act of violence by either side and begin in earnest to address the long-term relationship between them.

A long-term solution must begin by calming the broiling atmosphere in the West Bank and the day-to-day oppression the Palestinians feel with no end in sight, while both moderate and extremist Palestinians must come to terms with Israel’s right to exist.

To be sure, the Israeli-Palestinian conflict will not be resolved by itself, nor by wishful thinking on either side, and certainly not by ignoring the fact that it exists, even during periods of calm. Indeed, mutual resentment, hatred, and mistrust continues to simmer beneath the surface, lending itself to spontaneous acts of violence, often without any provocation.

This sad situation has become embedded in the psyche of both peoples, and the killing spree of the last two weeks and Israeli retaliations only reinforces this mindset.

Both Israelis and Palestinians who seek a peaceful solution must become increasingly vociferous and consistently hammer on the need to end the conflict, even in times of calm where there seems to be no urgency to take any action to maintain an amicable relationship.

If the Bennett government and the Palestinian Authority want to put the lid on this wave of violence, they must beseech their people and instruct their security apparatuses that they must do everything they can to prevent further violence, which can only exacerbate the situation and lead to more death and dread for what might follow.

It will be tragic that if instead of celebrating the Jewish, Muslim, and Christian holidays, and showing amity and brotherhood, we end up mourning even more deaths from this horrific violence that should not have occurred and certainly not continue unabated.

If they only will it, Israelis and Palestinians of all faiths can still celebrate their holidays and together come to realize anew that to be worthy of living in the holy land, it is incumbent upon them not to desecrate it with wanton violence and bloodshed.