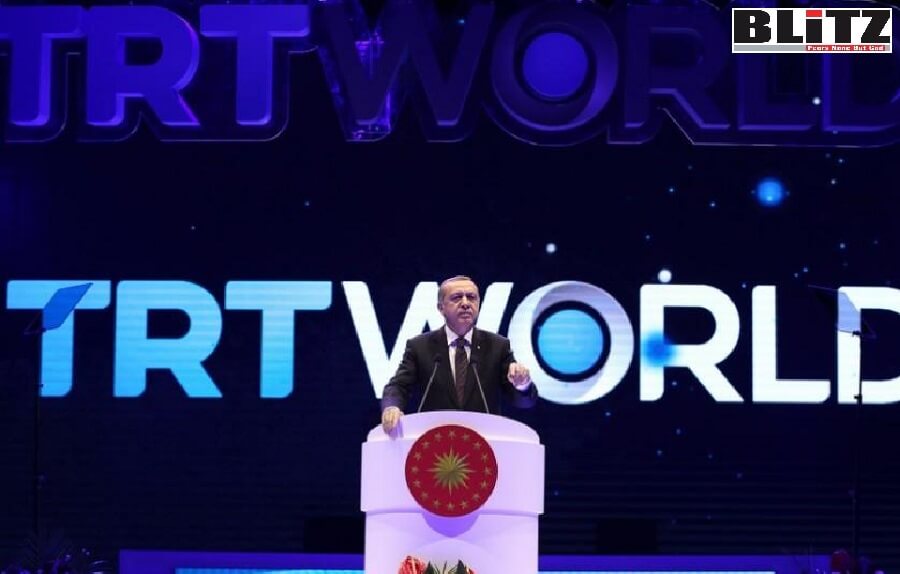 The Turkish government hired a battle-hardened jihadist who tried to bomb the Russian Consulate General in Istanbul and had inspired the assassin of a Russian ambassador to write a script for a documentary that was produced and aired by state-owned television.

Bülent Tokgöz (aka Yahya Konuk), a convicted felon who traveled to Chechnya, Bosnia and Kashmir for jihadist campaigns, received a contract to write the script for a documentary titled “A Handful of Turks” (Bir Avuç Türk) for public broadcaster Turkish Radio and Television (TRT).

Not only did he write the script but also played the main character in the reenactment part of the documentary, which was about the Islamic Council Government in Turkey’s eastern district of Oltu, a town that came under Russian control in the aftermath of the Russo-Turkish War of 1877–1878 and resisted British rule after World War i. The documentary was aired on TRT Avaz, which broadcasts abroad with a target audience in Central Asia, the Caucasus and the Balkans.

The project started in 2019 with the approval of the Oltu district governor’s office and TRT headquarters. It was aimed at raising awareness about events at the turn of the 20th century, with the work of the local Islamic council being the main theme. The shooting of the documentary was completed in January 2020, and it was aired on TV Avaz and posted on YouTube in March 2021.

Tokgöz, an Islamist with strong Turkish nationalist inclinations, was arrested along with five other Turkish nationals on January 31, 2001 as part of a crackdown on radical religious groups. Tokgöz and his associates were responsible for planting bombs in front of the Russian Consulate General in Istanbul on November 15, 1999 and Russia’s Aeroflot’s ticket office in the Beyoğlu district of the same city on December 8, 1999.

Tokgöz was one of the members in a three-man team that planted the bomb with a timer in front of the consulate building. The bomb was disarmed before it was detonated. According to explosives experts, the bomb, which weighed 35 kilos, would have brought the consulate building down if it had gone off.

When the Supreme Court of Appeals upheld the conviction around the time the Arab revolutions started, he fled abroad to avoid serving the remainder of his sentence.

His name also came up during an investigation into the assassination of Russian Ambassador Andrei Karlov, who was killed in December 2016 by Mevlüt Mert Altıntaş, a 22-year-old Turkish police officer. It turned out that that the assassin was inspired by jihadist books, one of which was written by Tokgöz and titled “Cihadın Mahrem Hikayesi” (The Secret Story of Jihad). The book, based on personal experiences and eyewitness accounts, is about Turkish jihadists who went abroad to fight. The book became one of the main reference writings circulated among Islamists/nationalists in Turkey.

Turkish prosecutor Adem Akıncı, who filed the indictment in the Karlov murder case on November 22, 2018, claimed that Tokgöz was not present in Turkey at the time of the assassination and said he was believed to be in conflict zones outside the country. Tokgöz was never summoned either as a witness or a suspect, and no investigation was conducted into him, just like many other jihadists who helped radicalize the assassin police officer and helped him carry out the hit. The case was deliberately derailed by the Turkish government, which protected radical groups and people who were instrumental in the radicalization of the Turkish police officer.

Shortly after the Karlov indictment was filed, Tokgöz emerged from the shadows and jumped right into the public spotlight. He launched a YouTube channel, opened a Twitter account and started writing op-ed pieces and giving interviews in order to rebuild his profile as a poet and writer. He received invitations to deliver speeches, especially for Islamist youth meetings.

In his interviews he made remarks that were in line with the government of Islamist President Recep Tayyip Erdoğan. For example, he endorsed the Turkish military’s incursion into Syria, where rebel and jihadist groups fought alongside the Turkish army.

Under the Islamist regime of the Erdoğan presidency, Turkey has been transformed into hotbed of radical jihadist groups that apparently enjoy political cover from any serious crackdown on jihadist activities. The police chiefs and prosecutors who had investigated such groups in the past were either dismissed or jailed by the Erdoğan government, and the vacancies in law enforcement, the military, the judiciary and intelligence were filled by Islamists, nationalists and neo-nationalists.

This report is republished from Nordic Monitor