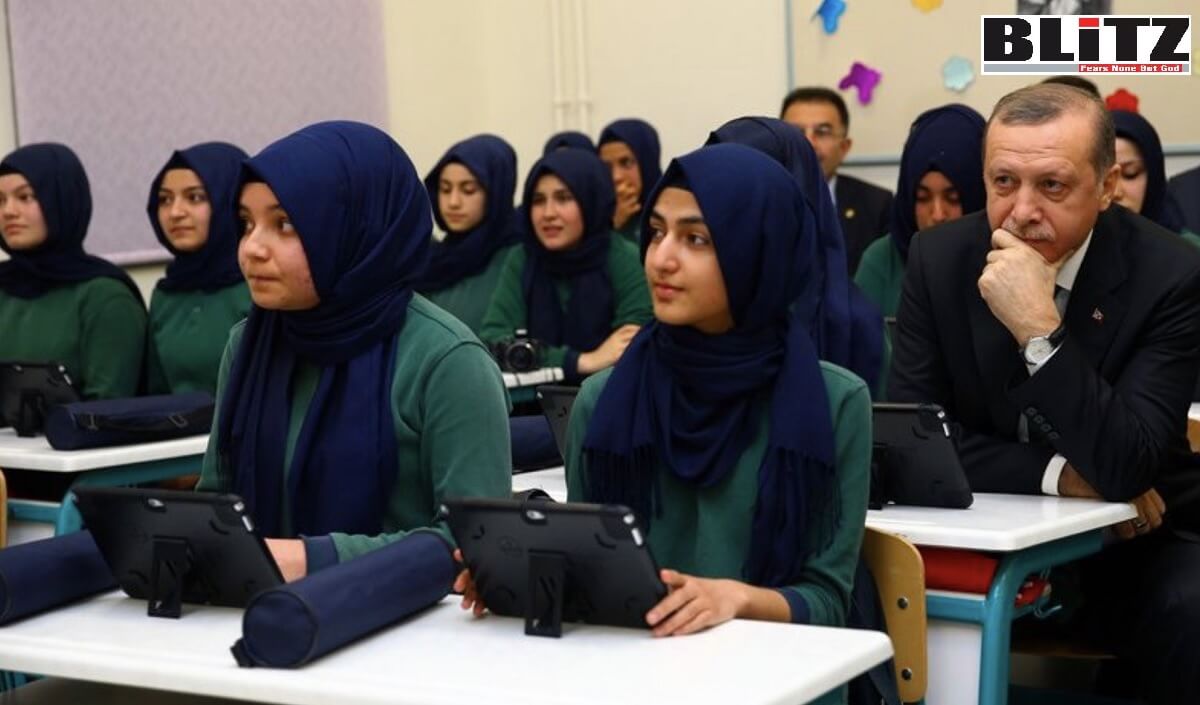 Turkish school textbooks It describes the founding fathers in Ottoman times as people who made jihad their way of life and says they never hesitated to give their lives to the jihadist cause in the name of Allah. Writes Abdullah Bozkurt

The 12th grade religious course book used in public schools in Turkey promotes armed jihad, ignoring the abuse of the jihad concept by violent terrorist groups such as al-Qaeda and the Islamic State in Iraq and Syria (ISIS).

The textbook reflects the prevailing ideology of the Islamist Justice and Development Party (AKP), led by Turkish President Recep Tayyip Erdoğan, who has been governing the NATO member country for the last 20 years.

The 2019 edition, authored by Abdullah Açık, Veli Karataş and Mustafa Yılmaz, was produced by the government printing office in two volumes and distributed under the title “Fundamentals of Islam’s Religious Beliefs.”

The book emphasizes that armed jihad is obligatory for all Muslims and notes that “Today, the concept of jihad is associated with bad examples, especially by the opponents of Islam.” It claims jihad is brought up by opponents of Islam as something bad and something to be avoided, adding that Muslims were deliberately defamed by these opponents over jihad.

The book completely ignores the use of jihad by terrorist organizations and does not make a single reference to al-Qaeda, ISIS or other violent jihadist groups that abuse the concept for murder, plunder, rape and other crimes. Not only were such groups overlooked in the sub-chapter that deals with jihad, but they were also not cited in another sub-chapter that specifically focuses on terrorism.

It describes the founding fathers in Ottoman times as people who made jihad their way of life and says they never hesitated to give their lives to the jihadist cause in the name of Allah. Stating that jihad will last until the end of time, the book describes jihadist activity as one of the responsibilities that every Muslim man and woman must fulfill.

The book is a worrying example of how the Islamist ideology of President Erdoğan and his associates have taken a toll on education in Turkey, with 12 graders being taught to give their lives in the name of jihad without any reference to the terrorist groups that abuse the concept.

The content of the textbook and its design were approved as study material for the 12 grade by the Ministry of Education in decision No. 12254648 on June 25, 2018. Hundreds of thousands of copies were printed by the government in 2019 and distributed to students in all public schools free of charge that same year.

Similar changes in line with the government’s views were adopted in other textbooks as well. For example, the 12th grade modern history book is full of anti-American and anti-EU references. The book, also published by the government printing office, justifies al-Qaeda’s terrorist attacks on the US on September 11, 2001 that killed nearly 3,000 people, brands the European Union as a Christian club led by the pope and criticizes the NATO alliance.

“The US became the main source of problems in the world with what it did in the aftermath of September 11,” the textbook says.

The book describes all members of the European Union as Christians and said denial of membership to Turkey, a predominantly Muslim nation, while accepting democratically and economically weak states as members of the bloc raises questions about the identity of the EU. The book features a photo of the leaders of the European Union and the pope on March 24, 2017 as they gathered in Rome to mark the 60th anniversary of the Treaty of Rome, which led to the formation of the union. The photo caption includes a statement by British-Polish historian Norman Davies, who said, “I am talking about the common tradition of Christianity, which has made Europe what it is.”

Not surprisingly, the book mirrors the perspective of President Erdoğan, who said in April 2017 that a picture of the pope posing with the leaders of EU was evidence that the EU was a Christian bloc. During the presidential referendum rallies, Erdoğan started bashing the pope and the EU in public speeches and repeatedly said the West was hostile to Islam, touting the picture as evidence that showed the EU was a single nation of infidels. Pointing out that what he had been saying all along was proven right with this gathering in Rome with the pope, Erdoğan declared that the EU was nothing but a Crusaders’ alliance.

The changes in textbooks in recent years followed the mass purge of the tens of thousands of teachers from public schools and academics from universities. The schoolbooks were rewritten to promote the Erdoğan government’s perspective of world affairs, while hundreds of religious schools were either built from scratch or converted from existing ones that used to teach science and literature.

Abdullah Bozkurt, a Middle East Forum Writing Fellow, is a Swedish-based investigative journalist and analyst who runs the Nordic Research and Monitoring Network and is chairman of the Stockholm Center for Freedom.