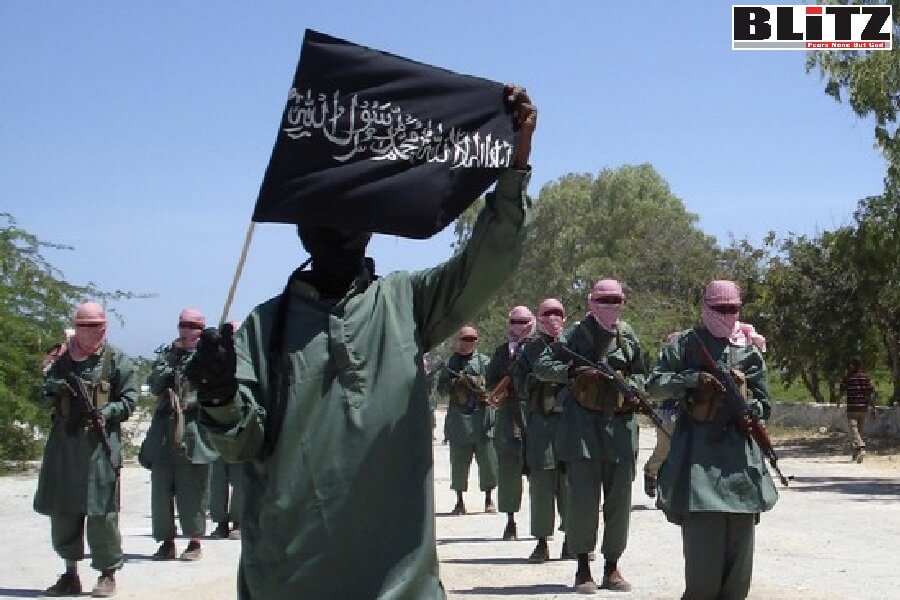 Al-Qaeda and ISIS affiliates in central, south, and southeast Asia likewise continue to operate despite external pressure from security forces and internal issues such as leadership losses. Writes Bridget Johnson

The “most striking development” in international terrorism during the first half of this year has been “the emergence of Africa as the region most affected by terrorism” in terms of casualties and successful growth of terror groups, said a recent report to the UN Security Council assessing recent activity of al-Qaeda and ISIS.

“The first half of 2021 saw broad continuity in terms of the nature and source of the threats posed by the Islamic State in Iraq and the Levant (ISIL), Al-Qaida and their affiliates, along with heightened threats emerging in some regions,” said the report from the Analytical Support and Sanctions Monitoring Team. “This is especially true in parts of West and East Africa, where affiliates of both groups can boast gains in supporters and territory under threat, as well as growing capabilities in fundraising and weapons, for example, in the use of drones.”

And while lockdowns and other mitigation measures in response to the COVID-19 pandemic have kept in-person gatherings to a minimum in Europe, the risk of online radicalization has increased.

ISIS attacks in Baghdad this year have underscored the group’s resilience even as the Iraqi government has dedicated significant counterterrorism resources to the fight, and in northwest Syria more than 10,000 fighters associated with al-Qaeda dominate the Idlib area. The threat could be multiplied by radicalization in camps for internally displaced persons and detention facilities in northeast Syria, as “the principal variable that Member States expect to complicate the global threat picture remains the human legacy of the ISIL ‘caliphate,’ in particular foreign terrorist fighters, other ISIL fighters and activists, and dependents stranded in the core area.”

“Although there has been only limited relocation of foreign terrorist fighters from that region to other conflict zones, Member States are concerned about the possibility of such movement, in particular to Afghanistan, should the environment there become more hospitable to ISIL or groups aligned with Al-Qaida,” the report notes.

Al-Qaeda and ISIS affiliates in central, south, and southeast Asia likewise continue to operate despite external pressure from security forces and internal issues such as leadership losses. Al-Qaeda leader Ayman al-Zawahiri is likely “alive but unwell,” the report assesses, with a March video of the terror leader using dated footage. His successor is expected to be Mohammed Salahaldin Abd El Halim Zidane, also known as Sayf-Al Adl, currently living in Iran. “It is unclear whether Sayf-Al Adl would be able to travel to Afghanistan to take up the position of leader of Al-Qaida,” the report adds. “Some Member States point to his history of living and operating in Africa and assess that he might choose to base himself there.”

Several of the most successful affiliates of both ISIS — namely the group’s Central Africa and West Africa provinces — and al-Qaeda in Somalia and the Sahel region are “spreading their influence and activities, including across national borders” in Africa.

“Instances of contagion from Mali into Burkina Faso, Côte d’Ivoire, the Niger and Senegal and incursions from Nigeria into Cameroon, Chad and the Niger, from Somalia into Kenya and from Mozambique into the United Republic of Tanzania are all concerning,” the report continues. “One of the most troubling events of early 2021 was the deterioration of the security situation in Cabo Delgado Province in northern Mozambique, where the local ISIL affiliate stormed and briefly held a strategic port near the border with the United Republic of Tanzania before withdrawing with spoils, positioning it for future raids in the area.”

Boko Haram has been “significantly weakened” by the reported death of leader Abubakr Shekau in May, and its losses are expected to strengthen ISIS in West Africa, estimated at 3,000 to 5,000 fighters in the Lake Chad basin.

Islamic State in the Greater Sahara, which killed several hundred civilians through large-scale attacks in Burkina Faso, Mali and Niger early this year, is reportedly raising money by cattle rustling. Jama’at Nasr al-Islam wal Muslimin (JNIM, al-Qaeda in Mali) affiliates in the border area among Benin, Burkina Faso and Togo may be “motivated by access to artisanal gold-mining resources”; the report recommends that the member states are warned of “the terrorist-financing threat posed by artisanal gold mining in conflict zones in which Al-Qaida- or ISIL-affiliated insurgencies control or benefit from such activity.” Kidnapping for ransom “remained a primary source of funding for terrorist groups” in the region, “and expatriate workers have been targeted.”

In Somalia, “the United States military withdrawal and the partial drawdown of the African Union Mission in Somalia left Somali special forces struggling to contain Al-Shabaab without strategic support.”

“Al-Shabaab has significantly increased its use of drones to conduct reconnaissance flyovers and record the activities of security forces. Member States expressed concern about the threat from weaponized unmanned aerial vehicles and the group’s intent and capacity to launch attacks on aircraft and civil aviation infrastructure,” the report states. “That concern was aroused by Al-Shabaab plans to target low-flying aircraft within Somali airspace and along the border between Kenya and Somalia, which is an important corridor for humanitarian flights and the main route for commercial aircraft landing in Somalia. Al-Shabaab possesses man-portable air defence systems and other conventional weapons that could damage aircraft. Member States also noted the prosecution in the United States of Cholo Abdi Abdullah (not listed), who was undergoing pilot training in the Philippines, as evidence of Al-Shabaab intent in that regard.”

The ISIS occupation of Palma in Mozambique in March “became emblematic of the influence” of ISIS on the continent and showcased the capability of the group’s Central Africa Province. Leadership is mostly Tanzanian and recruits largely come from Burundi, the Democratic Republic of the Congo and Kenya (with some South African and Kenyan members who were formerly aligned with al-Qaeda), lured by “promises of loans, employment and community.” The group also collected between $1 million and $2 million from looting area banks, and “demonstrated the ability to operate at sea in the vicinity of Matemo, Vamizi and Makalowe Islands, where it engaged in kidnappings, arson and extortion raids using dhows and speedboats.”

“The autonomy of ISCAP, the large number of small operational cells and the absence of significant counter-terrorist measures have effectively turned the group into a major threat with the potential to develop further, possibly west or north into the United Republic of Tanzania,” the report assesses.

While Europe has been relatively calm in terms of terror attacks during the pandemic, that respite is not expected to continue. “Counter-terrorism authorities in several Member States reported difficulties in identifying and ascribing attacks as being motivated by terrorism given the complex relationship between radicalization and mental illness among some perpetrators, among other factors contributing to terrorism,” the report notes. “…Authorities in Europe highlighted the challenge of teenagers being especially vulnerable to online propaganda, as well as conspiracy theories. There have been cases involving teens as young as 14 years old in which the child expressed willingness to conduct or facilitate terrorist attacks.”

Bridget Johnson is the Managing Editor for Homeland Security Today. A veteran journalist whose news articles and analyses have run in dozens of news outlets across the globe, Bridget first came to Washington to be online editor and a foreign policy writer at The Hill. Previously she was an editorial board member at the Rocky Mountain News and syndicated nation/world news columnist at the Los Angeles Daily News. Bridget is a senior fellow specializing in terrorism analysis at the Haym Salomon Center.

This article is republished from Homeland Security Today