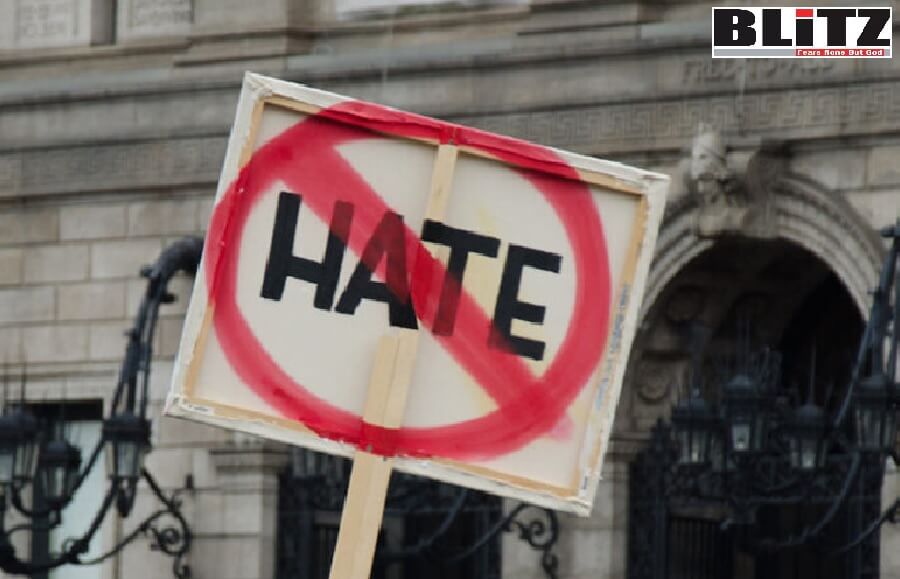 The leader of a radical U.S.-based anti-Israel organization publicly mourned a Jordanian scholar who predicted the destruction of Jews at the hands of Palestinian jihadists. Writes Abha Shankar

The leader of a radical U.S.-based anti-Israel organization publicly mourned a Jordanian scholar who predicted the destruction of Jews at the hands of Palestinian jihadists.

“May God have mercy on Dr. Salah Al-Khalidi, he left behind knowledge, virtue and love in the hearts, so this is his good remembrance,” Osama Abuirshaid, executive director and board member of the American Muslims for Palestine (AMP), wrote Jan. 29 in an Arabic post.

Al-Khalidi, 74, died in Jordan late last month from complications due to COVID-19. In 2015, he called Jews “pigs” and “devils,” and cited Koranic verse to claim the “Jews are leading the Western Crusaders in their war against the Islamic nation.”

“It [verse 112 in Surat Al Umran] speaks about the violent, fierce and harsh war that is taking place right now between us and the Jews, the pigs, the devils in the land of Palestine,” Al-Khalidi said on a show broadcast by the Muslim Brotherhood-affiliated Yarmouk TV based in Jordan.

On that same program, Al-Khalidi praised “the lions of the Al-Qassam Brigades [Hamas’s military wing] in Gaza, and the mujahideen, the people of Hebron with their operations against the Jews” and predicted: “[T]his people, that is waging jihad against the Jews, will finish off the Jews and rid the world of the Jews.”

Abuirshaid’s eulogy for a Hamas supporter comes as no surprise as he himself has praised the terrorist group and its leaders.

In a July 2015 Twitter post, Abuirshaid lauded Hamas for the “respect” it instills in its opponents: “Whether you love Hamas or hate it, its opponents respect it. They stand by their principles and negotiate from a position of strength as in lifting the siege of Gaza, and the restoration of some Arab relationships.”

The “siege” refers to Israel’s blockade on Gaza intended to cut off supplies Hamas uses to build its terrorist infrastructure.

Abuirshaid and AMP have connections to a former Hamas-support network in the United States called the “Palestine Committee.” The committee was created by the Muslim Brotherhood to advance Hamas’s goals politically and financially. Abuirshaid, for example, was an editor of Al-Zaitounah, an Arabic periodical published by the Islamic Association for Palestine (IAP), which was the Palestine Committee’s propaganda arm. He also was a research fellow with the United Association for Studies and Research (UASR), another Palestine Committee branch, which was created by Hamas political leader Mousa Abu Marzook.

Abuirshaid was not alone in mourning Al-Khalidi. Hamas described him as “one of its [Muslim ummah or ‘community’] leading figures, one of its prominent scholars and one of its best preachers.”

“Al-Khalidi was greatly influenced by Sheikh Sayyid Qutb,” the Muslim Brotherhood said in a statement.

Qutb, a Muslim Brotherhood leader executed in 1966, has been described as the “real founder of Islamic fundamentalism in the Sunni world.” He explicitly called for violent jihad against infidels, and his books are replete with anti-Semitic and anti-Christian dogma, and conspiracies such as the Jews’ control of world finance.

Al-Khalidi’s “relationship with the Sheikh was one of love and discipleship,” the Brotherhood said. While they didn’t know each other, Al-Khalidi “was a student of his books.” The statement listed some of Al-Khalidi’s writings, including Sayyid Qutb: The Living Martyr, America From Within Through Sayyid Qutb’s Viewpoint and The Jewish Personality through the Qur’an: History, Traits and Fate.

A commentary on Al-Khalidi’s Al‐Harb Al‐Amriki bee Manather Sayid Qutb (The American War From the Perspective of Sayid Qutb) published by the Combating Terrorism Center at West Point “exposes Khalidi as a major keeper of Qutb’s legacy, having published more than 40 books on Islamist radical theory, at least eight of which delve into Qutb and his theories.” The review alleges that “Khalidi follows the same anti‐American and anti‐Semitic thought process as Qutb and opens his booklet by saying that the Islamic ummah (‘community’) faces a vicious assault from apostates, the Zionist (read ‘Israel’) Crusaders (read ‘the United States’).”

A pattern in mourning

Posting obituaries for top Islamists and Hamas leaders is not unusual for American Islamists.

Last March, for example, CAIR executive director Nihad Awad and Esam Omeish, a board member at the Dar al-Hijrah Islamic Center in Falls Church, Va., offered tributes to a top Hamas leader who died in Ramallah.

“May God have mercy on you Dr. Akram Kharroubi, you were an excellent brother, friend, scholar and help to others,” wrote Awad. He described Kharroubi as a “great figure” who was “kind-hearted, honest in speech, cheerful in countenance, strict in truth, patient with adversity” and had spent his life “in the occupation prisons after leaving work and life in Washington.”

In an Arabic post, Omeish credited Kharroubi with helping in “building the largest and most important mosques of the Greater Washington area, Dar al-Hijrah Mosque.”

Law-enforcement records obtained by the IPT in 2010 show the mosque has served as “a front for Hamas operatives in U.S.,” and “has been linked to numerous individuals linked to terrorism financing.”

Omeish described Kharroubi as “one of the pioneers of Palestinian action, a defender of the rights of his people and his city Holy Jerusalem.”

As in Khalidi’s case, eulogies for Kharroubi also poured in from top Hamas leaders. “Today, we paid farewell and lost a dear brother, a mujahid, a Hamas leader, who was responsible for its West Bank office,” Hamas commander Saleh al-Arouri said in a condolence message that has since been removed from YouTube.

Husam Badran, Hamas’s Gaza-based international spokesman and a member of its political bureau, described Kharroubi as “one of the most well-known leaders of our movement.”

A 2001 FBI memorandum states that Kharroubi served as the Ramallah regional representative of a Hamas Inter-Regional Coordinating Committee. In a 1999 interview, Kharroubi admitted to Israeli authorities that “from 1994 to 1999, he was a money courier between MAMAS [sic] members in Jordan and the West Bank.”

Many American Islamists, including at high-profile organizations like AMP, CAIR and MAS, deny supporting terrorists and insist their views are mainstream. But the Arabic eulogies that few people notice show their comfort with the ideas promoted by jihad advocates like Qutb and jihadist actors like Hamas.