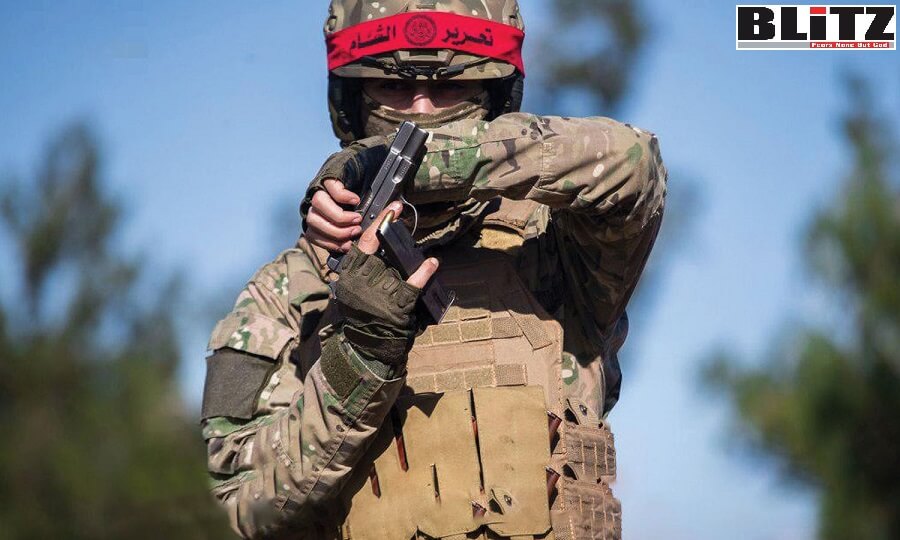 The United States Treasury Department has said that it has designated two Turkish nationals who have been working for Al Qaeda and Hay’at Tahrir al Sham (HTS) as financial facilitators. The designations are part of a broader US effort to sanction individuals and entities taking part in the Syrian war. Other extremists and parts of Bashar al-Assad’s regime were also designated and sanctioned as part of the campaign.

Hasan al-Shaban is one of the two bag men targeted by Treasury. He is described as a “Turkey-based al Qaeda financial facilitator” who “materially” assists the worldwide insurgency and terrorist network.

Treasury says that an al Qaeda “fundraiser” provided al-Shaban’s “banking information…to prospective donors as a way for them to send money to support al Qaeda military efforts and the so-called mujahideen fighting in Syria.”

Treasury’s brief announcement indicates that al-Shaban is part of a global illicit financing scheme that utilizes the “formal financial system” for nefarious purposes. Al-Shaban’s bank accounts are used by al Qaeda members “to coordinate the movement of money from associates across North Africa, Western Europe, and North America.” In addition, al Qaeda works with al-Shaban to “coordinate the transfer of funds to Turkey.”

The U.S. identifies al-Shaban as a Syrian national born in 1987. He is based in Gaziantep, Turkey and has also operated in Manbij, Syria.

The second money man targeted by Treasury today is Farrukh Furkatovitch Fayzimatov, who uses “social media. to post propaganda, recruit new members, and solicit donations for HTS.” Fayzimatov has “organized community fundraising campaigns to purchase equipment for the benefit of HTS, including motorbikes”.

The U.S. identifies Fayzimatov as a citizen of Tajikistan who was born in March 1996. His aliases include Faruk al-Shami and he resides in Idlib, a Syrian province that is mostly controlled by HTS.

While Al Shaban works for Al Qaeda, the US government has repeatedly designated and sanctioned other jihadist facilitators based in Turkey who work for the Islamic State (ISIS). In January, the Treasury Department reported that the Islamic State continues to rely on “logistical hubs” in Turkey.

In November 2019, Treasury designated two brothers — Ismail and Ahmet Bayaltun — for their roles as “procurement agents” for the Islamic State. The brothers have been based in Turkey.

In 2017, the Treasury Department said that another jihadist, Salim Mustafa Muhammad al-Mansur, had relocated to Turkey after serving as the Islamic State’s “finance emir” in Mosul, Iraq. Other facilitators in Turkey have been officially sanctioned as well.

Hay’at Tahrir al-Sham (HTS or the “Organization for the Liberation of the Levant”) traces its beginnings to the outset of the Syrian civil war and has remained a dangerous opposition force throughout the duration of the conflict. In May 2018, the group was added to the State Department’s existing designation of its predecessor, the al-Qaeda affiliate Jabhat al-Nusra, as a Foreign Terrorist Organization (FTO). Today, HTS can be thought of as a relatively localized Syrian terrorist organization, which retains a Salafi-jihadist ideology despite its public split from al-Qaeda in 2017. This backgrounder provides an overview of the history, leadership, and current strategic goals of HTS.

Jabhat al-Nusra, HTS’s precursor organization, was formed in Syria in 2011 as al-Qaeda’s affiliate within the opposition to the Assad regime. Nusra’s leader, Abu Mohammad al-Jolani, quickly established a capable organization, which secured its own donors in the Persian Gulf, collected revenue from taxation and asset seizures in the territories under its control, became adept at conducting insurgent attacks, and attracted a growing number of fighters. Jabhat al-Nusra maintained its ties to al-Qaeda even after al-Qaeda’s highly publicized split with the Islamic State, whose leader, Abu Bakr al-Baghdadi, had been instrumental in Jabhat al-Nusra’s initial establishment. In late July 2016, however, al-Jolani announced the dissolution of Jabhat al-Nusra and the establishment of a new group, Jabhat Fatah al-Sham. The group no longer had “external ties” with al-Qaeda, which many analysts suggested was an indication that while al-Jolani had formally severed its public relationship with al-Qaeda, the group would, in theory, continue to have a secret relationship with al-Qaeda and receive strategic and operational guidance. However, al-Jolani’s announcement was undertaken without consulting Ayman al-Zawahiri, the emir of al-Qaeda, and created significant tension within the organization.

In late January 2017, Jabhat Fatah al-Sham rebranded yet again when it merged with several other groups—Harakat Nour al-Din al-Zinki, Liwa al-Haq, Jaysh al-Sunna, and Jabhat Ansar al-Din—to establish HTS. At this point, statements and communications from al-Qaeda’s leadership viewed HTS as an independent Salafi-jihadist organization that had illegally broken away from al-Qaeda and shattered its oath of allegiance. Several prominent jihadists left HTS altogether and publicly criticized the group for sowing division (or fitna) and breaking their bayat to al-Zawahiri. 5 Al-Zawahiri himself made several statements opposing the merger, which he said was “a violation of the covenant” that “did not achieve what they sought of unity” and was never sanctioned by al-Qaeda’s leadership.

Today, HTS maintains that it is “an independent entity that follows no organization or party, al-Qaeda or others” and has gone so far as to arrest al-Qaeda-linked individuals in the territories under its control to prove that no allegiance exists. 7 Despite these claims, the U.S. government believes that a link between the two groups remains, even calling HTS a “vehicle to advance [al-Qaeda’s] position in the Syrian uprising and to further its own goals” in its FTO designation. Recent reporting by the United Nations seems to confirm that, at the very least, some communication remains: HTS “and its components still maintain contact with Al-Qaida leadership” according to several state intelligence services.