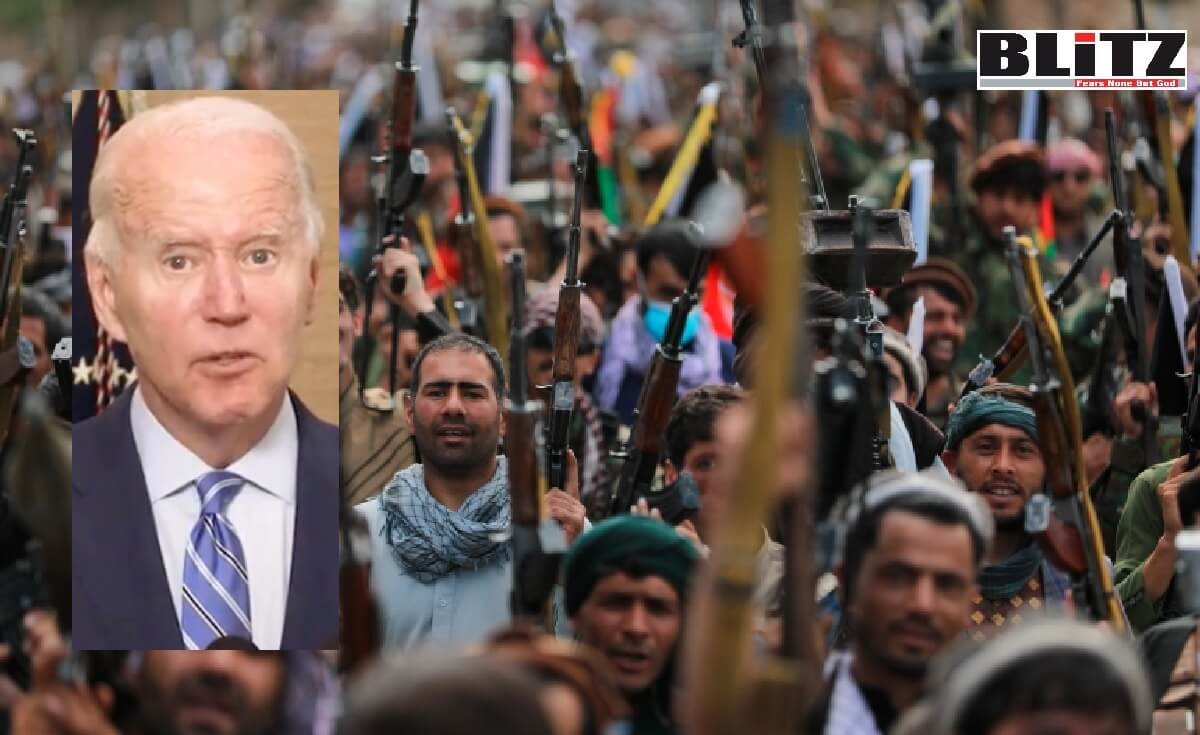 Back in August 2021, while withdrawing American troops from Afghanistan, Joe Biden told his people, Al Qaeda was gone from Afghanistan, and this notorious jihadist outfit is dead. Following the death of Al Qaeda kingpin Ayman Al-Zawahiri in Afghanistan’s capital Kabul, Biden must have been either mumbling or scratching his head thinking, what would be the reaction from the fellow Americans, when it is proved – once again that Biden either is always wrong or intentionally lies. In my opinion, Joe Biden has never been wrong. Actually, he always has been lying and fooling the people with the one and only desire or remaining in presidency and even re-run in 2024. Because he knows – once he is either impeached or not allowed to re-run in 2024, he and most of his family members will rot in prison facing numerous charges of corruption and high-treason. In the American political history, Joe Biden will be labelled as “Satan’s secret weapon” and “top enemy of the Americans”.

Death of Zawahiri in Kabul has clearly proved – Afghan Taliban jihadists are harboring Al Qaeda and helping this dangerous terrorist group in gaining strength. Meanwhile it was also reported in the media that the next “boss” of Al Qaeda, Saif Al-Adel is living in Iran under the patronization of Iranian regime, wherefrom he is building a much lethal group of Al Qaeda by giving them military and commando training. Al-Adel also is recruiting youths – male and female for suicide squad and espionage squad of this global terrorist entity. It is quite uncertain if the United States would launch Zawahiri-type attack targeting Saif Al-Adel and other members of Al Qaeda. It is also unknown if Washington will undertake drone attack targeting Ahlam Tamimi, a killer of American citizen, who has been sheltered by the Jordanian King Abdullah II and the ruling elites.

We need to remember, on August 20, 2021, Joe Biden told reporters as American and allied forces were hastily preparing to pull out of Afghanistan: “We went to Afghanistan for the express purpose of getting rid of al Qaeda in Afghanistan as well as getting Osama bin Laden. And we did”. Biden set

August 31st as the last day for US troops to leave Afghanistan after 20 years of war and the deadline had caught the world by surprise.

Biden said: “Look, let’s put this thing in perspective,’ he insisted amid calls to delay the evacuation, ‘What interest do we have in Afghanistan at this point, with al Qaeda gone?”

Days after those remarks, on August 26, 2021, a suicide bomb ripped through a crowd of soldiers and civilians at Hamid Karzai Airport in Kabul.

By that point, the Afghan military had melted away and the Taliban had overrun the country.

Desperate people – American and Afghan – crowded outside the airport gates, as US Marines stood guard on its concrete walls.

The world watched as Afghans stormed the runaways. Some clung to the landing gear of departing planes and fell to their deaths after the aircraft left the ground.

And still, Joe Biden declared “extraordinary success”, even as he recognized the loss of life.

According to Biden, after two decades of war, America’s mission had been accomplished.

Really? Prior to retreating from Afghanistan, officials from the Biden administration, as well as the Trump administration, had assured Americans stating Taliban jihadists had cut ties with Osama Bin Laden’s fanatics – members of Al Qaeda.

What would now those officials of Trump and Biden administration say when Ayman Al-Zawahiri was killed in drone strike in Kabul’s posh area in Afghanistan? Zawahiri was not found cowering in the remote, mountainous regions or northern or eastern Afghanistan, or camped out in the far-flung provinces of the south. Instead, he was found in a posh residential building, which is owned by Taliban leader Sirajuddin Haqqani – the most powerful and influential individual. Sirajuddin Haqqani is one of the two deputy emirs of Taliban and interior minister of the sharia regime.

Haqqani Network, another notorious jihadist outfit, played role in the Taliban takeover of Afghanistan, proving, Sirajuddin Haqqani is “precious” to the leaders of Taliban sharia regime in Afghanistan.

Meaning, an influential leader of the Taliban sharia regime sponsored Ayman Al-Zawahiri in staying inside a Taliban-guarded safe house in Afghanistan. It proved, far from being ‘gone’ from Afghanistan – Al Qaeda’s Number One was being sheltered by the very government to whom Biden ceded control of the country.

Following decision of abruptly withdrawing from Afghanistan, back in August 2021, Joe Biden said, “Al Qaeda in Afghanistan is gone”. Now again, in August 2022, following the death of Ayman Al-Zawahiri, Biden stunningly has declared “mission accomplished”, meaning, in his words, Al Qaeda is “gone”. Standing in the White House balcony, Joe Biden said: “People around the world no longer need to fear the vicious and determined killer”. But peel back the layers and you cannot overlook the irrefutable fact that Al Qaeda – the terrorist group that carried out September 11th – is once again entrenched in the country – Afghanistan, from which it attacked America.

While Joe Biden had assured Americans that Afghanistan wouldn’t again become a safe haven for terrorists, in reality, it has.

In fact, three successive American administrations have told the American people that Al Qaeda in Afghanistan has been ‘decimated,’ or ‘degraded’ or ‘on the path to defeat’.

The Obama administration first sold that story to justify its secret negotiations with the Taliban.

The Trump administration did so for the same reason and eventually signed a deeply flawed deal that negotiated the pullout of US troops and helped seal that nation’s fate.

Eventually, the narrative was put forth to justify the Afghanistan withdrawal.

The Taliban repeatedly said that it would not harbor Al Qaeda and they gave each administration the political ammunition they needed to justify washing their hands of the whole mess.

Now it is proved once again – leaders of the Taliban have been consistently lying. The truth is that Al Qaeda has been operating in Afghanistan all along.

While each administration negotiated with the Taliban, top Al Qaeda leaders were sheltered.

In my opinion, America’s war on terror or war against Al Qaeda are mixture of successes and falsehood. None of the US administrations have at all taken effective measures against Pakistan and its spy agency for patronizing terrorist acts and harboring Taliban jihadists, Haqqani Network and even Al Qaeda. There is no sign of any action against Iran, when it is proved, the regime is giving shelter to key Al Qaeda figure such as Saif Al-Adel. There is no action from Washington against Jordanian King Abdullah II for granting shelter to FBI’s most wanted terrorist Ahlam Tamimi. Meaning, America’s war on terror is mostly a publicity stunt – used by each of the administrations. And Joe Biden is just replicating it.