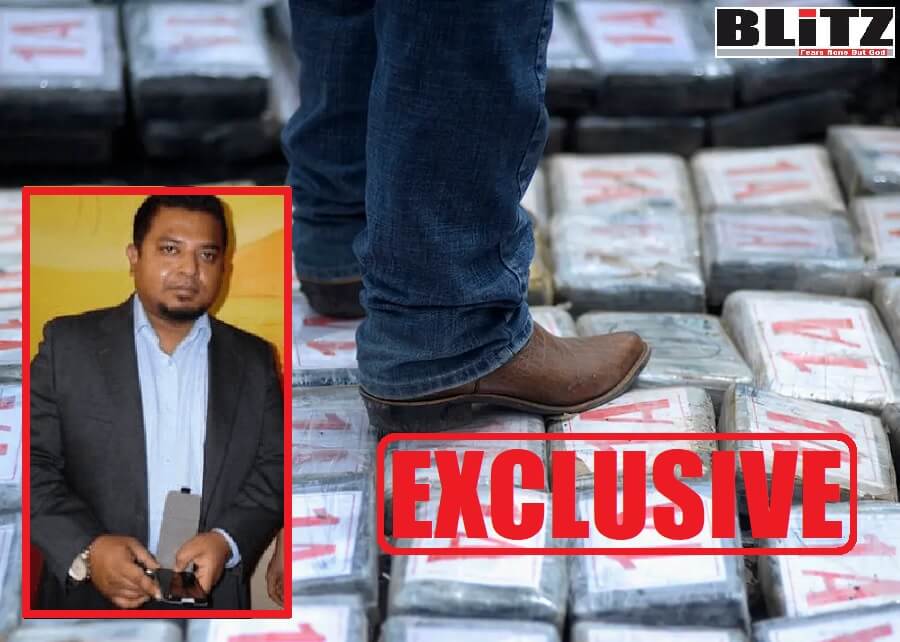 While Qatar terror-broadcast network Al Jazeera portrayed Zulkarnain Saer Khan (featured by Al Jazeera as Sami) as an honest individual and one of the members of its so-called investigative team, reporters of Blitz has already unearthed hidden secrets of this dangerous individual.

According to information, Zulkarnain Saer Khan has business relations with the racket of Juan Orlando Hernández, Former President of Honduras, who has been indicted on Drug-Trafficking charges, extradited to the United States from Honduras. United States’ Department of Justice in a press release dated April 21, 2022 said:

Juan Orlando Hernández, aka JOH, 53, the former President of Honduras, will make his initial appearance tomorrow, April 22, before Magistrate Judge Stewart D. Aaron in federal court in New York after being extradited today from Honduras. A federal court unsealed drug-trafficking and weapons charges today in a superseding indictment against Hernández.

The indictment charges that from at least in or about 2004, up to and including in or about 2022, Hernández, the former two-term President of Honduras, participated in a corrupt and violent drug-trafficking conspiracy to facilitate the importation of hundreds of thousands of kilograms of cocaine into the United States. Hernández allegedly received millions of dollars to use his public office, law enforcement, and the military to support drug-trafficking organizations in Honduras, Mexico, and elsewhere.

According to official statement issued by Attorney General Garland on April 21, 2022 about the extradition and prosecution of Juan Orlando Hernández that at it conclusion included the following excerpt:

The Justice Department is committed to disrupting the entire ecosystem of drug trafficking networks that harm the American people, no matter how far or how high we must go.

As the DEA Administrator will explain in more detail, today’s charges are part of our broader efforts to disrupt the activities of the most violent and extensive drug-trafficking organizations and gangs.

The Justice Department is taking a comprehensive approach to protecting our communities and our country from violent crime and from the scourge of deadly drugs.

We will work with our partners to hold drug traffickers accountable for their crimes.

And we will confront corruption and criminal conduct anywhere that undermines the security of the American people.

Another source told Blitz reporters that since imposition of sanctions of Russian oligarchs, Saer Khan has been helping several Russian super-rich in hiding unknown amount of cash in Hungary and in some offshore bank accounts.