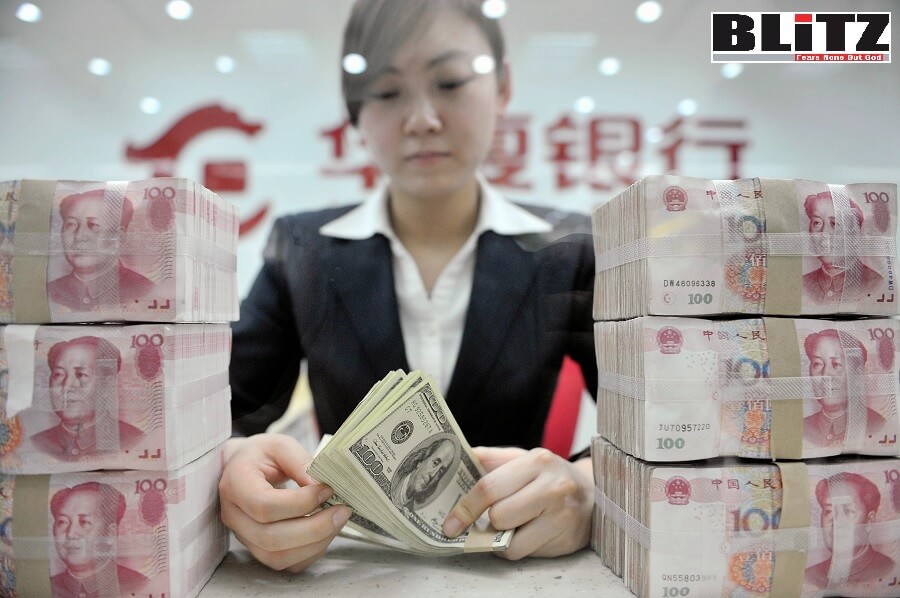 Amidst the unstable relations between Saudi Arabia and the US, which since last year have oscillated between a total boycott and a moderate cooperation, Riyadh now shows interest in contributing to advance the process of de-dollarization of the world economy. According to recent reports, the Saudi government is willing to trade oil in Chinese Yuan. The measure would be a major blow against the American financial power, which has the Petrodollar as its base of monetary security.

According to the Wall Street Journal (WSJ), in an article published on Tuesday, March 15, Riyadh is considering starting to price and trade its oil sales in Chinese Yuan, abandoning the dollar standard. The piece also informs that such a pricing plan has been in development for six years, having been accelerated recently as a reaction to the strong pressure exerted by the Biden government against Saudi Arabia. In the words of one of the WSJ’s Saudi informants: “The dynamics have dramatically changed. The US relationship with the Saudis has changed, China is the world’s biggest crude importer and they are offering many lucrative incentives to the kingdom (…) China has been offering everything you could possibly imagine to the kingdom”.

As expected, the impact of the news on the financial market was immediate. The value of the offshore Yuan has risen considerably compared to the dollar across the Asian market, generating many expectations of investments in the Chinese currency. The impact is expected to be even greater in the coming days or weeks, considering that, amidst the current context of tensions and conflicts, Riyadh has the ideal scenario to make public and advance its financial measures of de-dollarization without waiting for large-scale international sanctions on the part of the West – which has other priorities at the moment.

In fact, the Saudi maneuver seems interesting and of high strategic value at the moment. China buys more than a quarter of Riyadh’s massive oil exports and since 2018 has offered a series of contracts priced in renminbi. Furthermore, cooperation appears to be increasing in both directions. For example, state-owned Saudi Aramco announced last week that it would help build a new oil refinery in northeast China with the capacity to produce 300,000 barrels a day. Apparently, Beijing sees Riyadh as a key energy ally for the Belt and Road Initiative (BRI) project, and, on the other hand, Riyadh sees the BRI as a great opportunity for profitable short-term investments. In this sense, pricing in Yuan would be an even greater engagement in cooperation, which would benefit both sides and help to reduce global dependence on the dollar standard.

Obviously, despite the clear direct economic interests, it is not possible to ignore the deep geopolitical aspect of the issue. The current US administration has maintained the most anti-Saudi stance ever seen in the White House. Last year, Biden even stopped US support for the Saudi campaign in Yemen – although he was “restricted” in many ways by the US arms industry. Biden maintains a strong humanitarian and liberal ideological stance, which does not allow him to agree with an undemocratic regime and with a campaign as violent as the war against the Houthis. In addition, he is “compelled” to renounce his democratic principles on several other points – such as the Ukrainian dictatorial regime, for example -, so he needs to choose some targets of lesser strategic importance to maintain his image as a global defender of democracy, and, apparently, he chose Saudi Arabia.

The very conflict on Ukrainian soil also favors this type of measure, as there is a global trend towards multiploidization on several levels, including the economic and financial ones. China stands against the boycotts on Russia and elevates its partnership with Moscow in every way possible, which means that the West may soon also implement coercive measures against Beijing. So, Saudi Arabia takes advantage of the moment in order to enter a possible new market route, with prices in Yuan, serving the interests of China, its partner nations – including the entire BRI – and the BRICS. In this sense, de-dollarization seems just a natural consequence of the process of formation of a polycentric world, as it is being designed with the events in Eastern Europe.

With this global scenario, the West will have a single choice: to understand that a multipolar global order presupposes multiple monetary standards, with no more room in for dependence on the American Dollar. It is inevitable that the dollar will become just another possible currency in international transactions, competing not only with the Yuan, but also with other currencies and digital assets, such as cryptocurrencies. Obviously, it is possible that Washington will re-establish good ties with Riyadh in the future, but stopping de-dollarization no longer seems an attainable goal.