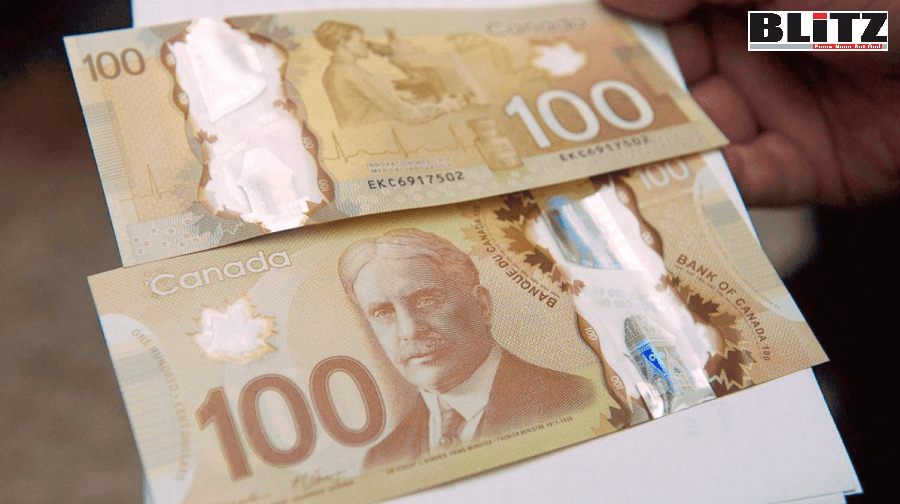 Volume of counterfeit banknotes in Canada is on alarming rise. As more and more forged $100 bills are passed off on retailers, many are refusing to accept them at all, or do so only reluctantly, they say.

“I had three in a week, and that’s when I said, ‘We’re done,’” says Toronto bakery owner Douglas Wheeler. “That was six or eight months ago.”

Wheeler no longer allows his retail stores to accept $100 bills at all. He spots forged banknotes when he’s counting cash, he says, but a cashier in a hurry will often let one through.

Numbers published by the Bank of Canada, which tracks forged banknotes, show that the numbers of forged $100 bills rose more than tenfold in just four years, from 2015 to 2018.

The problem approaches the scale of the problem with forged $50 bills in the early years of the century, when many retailers refused to accept them, or bought machines to detect forgeries, after being burned.

Because of the higher value of fake $100 bills, however, retailers lose more.

If someone buys a low-priced item with a fake bill, they get real money in exchange. By the time the fake is detected, they are long gone.

The brewery only accepts $100 bills reluctantly, she says.

“Our beer prices start at $2.95 a can. What would happen is once in a while we would get people trying to break a high-volume counterfeit bill. We end up obviously losing, because somebody in our retail has accepted them, provided change, and we’ve lost money.”

A Tim Hortons outlet in east-end Toronto will only accept a $100 bill if there is no alternative, and if it has been inspected by a manager first. However, says team lead Yidan Eden, some do slip past young and inexperienced cashiers.

“A lot of times they’re kids, they’re still in school, they don’t pay attention, and they don’t really know.”

The Bank of Canada has no immediate plans to redesign the $100 bills, spokesperson Alex Paterson wrote in an e-mail.

“Higher value notes are traditionally more of a target for counterfeiters – though counterfeiting rates remain low,” he wrote. “So, when the time comes to issue one of those higher value notes later in the cycle, we will be able to take advantage of even more advanced security features being developed, which offer a bigger step up in security.”

However, another thing that the Bank of Canada takes into account when replacing money is how quickly it wears out. The new polymer notes last at least 3.5 longer than the old paper ones, and lower-value notes wear out faster than higher-value ones, being more frequently exchanged.

Counterfeiting, he points out, is not a victimless crime.

“The bank takes it off our deposit,” he says. “Most banks these days have machines that they put all the cash through, and the machine spits it out. I never get it back – they have to confiscate it.”

How can retail employees recognize real (or fake) $100 bills? The Bank of Canada’s site shows six features of the bills to look for.