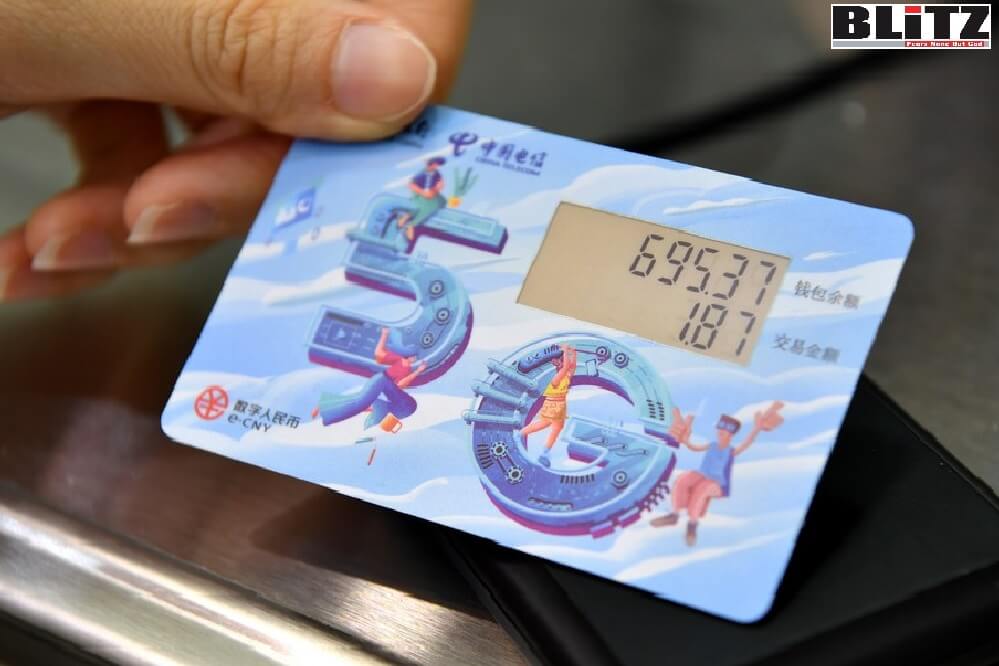 China’s central bank on Friday released a white paper on the progress of the country’s digital fiat currency, the e-CNY, saying that it will steadily push forward pilot schemes of its digital yuan.

The e-CNY is the digital version of the fiat currency issued by the People’s Bank of China (PBOC). It is a value-based, quasi-account-based and account-based hybrid payment instrument with legal tender status and loosely coupled account linkage, the white paper clarified, adding that the e-CNY is “mainly a substitute” for cash in circulation and will coexist with physical yuan.

As the digital economy develops, the share of transactions made using cash is rapidly declining in China.

In many countries and regions, central banks or monetary authorities have kept a close eye on fintech development and sought to digitalize fiat currency.

The development of the e-CNY system in China aims to create a new form of RMB that meets the public demand for cash in the digital economy era.

As the top-level design, functional development, and system testing have been basically completed, the PBOC has so far initiated pilot programs in certain representative regions. It has ensured the programs run in a steady, safe, managed, innovative and practical manner.

The PBOC began its e-CNY research and development (R&D) project at the end of 2017. Large commercial banks, telecom operators and internet companies with significant assets, large market shares and strengths in technology development were selected to participate in the project.

Since the end of 2019, the PBOC has launched e-CNY pilot programs in Shenzhen, Suzhou, Xiong’an and Chengdu. Since November 2020, Shanghai, Hainan, Changsha, Xi’an, Qingdao and Dalian have joined the pilot programs.

As of June 30, 2021, the e-CNY has been applied to over 1.32 million scenarios, covering utility payments, catering services, transportation, shopping and government services.

More than 20.87 million personal wallets and over 3.51 million corporate wallets have been opened, with a total of 70.75 million transactions and a transaction value totaling approximately 34.5 billion yuan (about 5.33 billion U.S. dollars).

In the future, the PBOC will continue to prudently advance the pilot e-CNY R&D project in line with China’s 14th Five-Year Plan, with no preset timetable for the final launch.

Efforts will focus on areas including expanding test scenarios to cover all possible scenarios in selected pilot regions, optimizing the e-CNY ecosystem, and improving relevant institutional arrangements and rules, the white paper noted.

Though technically ready for cross-border use, the e-CNY is currently mainly designed for domestic retail payments.

“Looking ahead, the PBOC will actively respond to initiatives of the G20 and other international organizations to improve cross-border payments, and explore the applicability of the central bank digital currency in cross-border scenarios,” read the paper.

It will also work with relevant central banks and monetary authorities to establish exchange arrangements and regulatory cooperation mechanisms on the digital fiat currency, the paper noted.