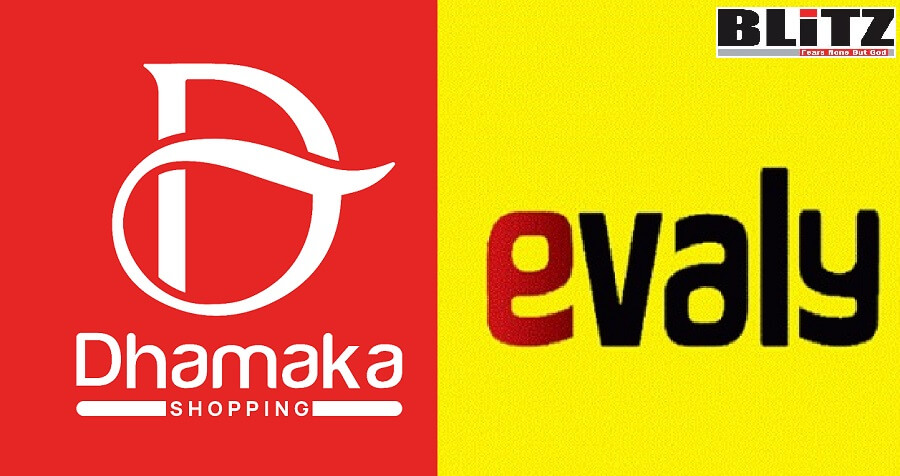 Seeing massive prospect of ecommerce sector in Bangladesh, a country of 180 million people, a giant ecommerce company is looking for buying shares by investing initially US$ 1 billion either in Bangladeshi ecommerce company Dhamaka Shopping or Evaly. Expressing readiness, Chief Executive Officer of the global ecommerce giant said: “Bangladesh is a massive market for ecommerce. We have been closely monitoring business activities of a number of existing ecommerce companies in the country, and our initial target is to acquire shares either in Dhamaka Shopping or Evaly, although we also are collecting information on few more ecommerce establishments such as ChalDal, Alisha Mart etcetera”.

The CEO said, few years ago, Alibaba has invested significant amount in a number of ecommerce companies in a number of Asian countries, while both Alibaba and other ecommerce giants are looking for prospects of making similar investments in Bangladesh, India and Sri Lanka.

Commenting about Dhamaka Shopping and Evaly, the CEO of the global ecommerce giant said “Both the establishments actually has massive business prospects once they can properly formulate business strategies. But unfortunately, the current business plan of Dhamaka Shopping and Evaly are slipping towards the business style of MLM (Mult-Level Marketing) or Ponzi Scheme. This is not the perfect way for any ecommerce company, as there is distinctive difference between ecommerce and MLM Ponzi scheme”.

He said, “Bangladesh, being a country with 180 million population is definitely a huge market for the genuine ecommerce platforms. Another important positive factor is, during the current pandemic situation majority of the consumers of various types of items are buying their required items from ecommerce sites instead of physically visiting any shop. This trend will continue even after the pandemic is gone. Pandemic has changed the habit and daily lives of people in every walks of lives”.

The CEO further said, initially though they are looking for buying shares in Dhamaka Shopping or Evaly, if these companies finally fail to sustain the current challenges which has been created due to their wrong business strategies, the global ecommerce giant may launch their own branch in Bangladesh.