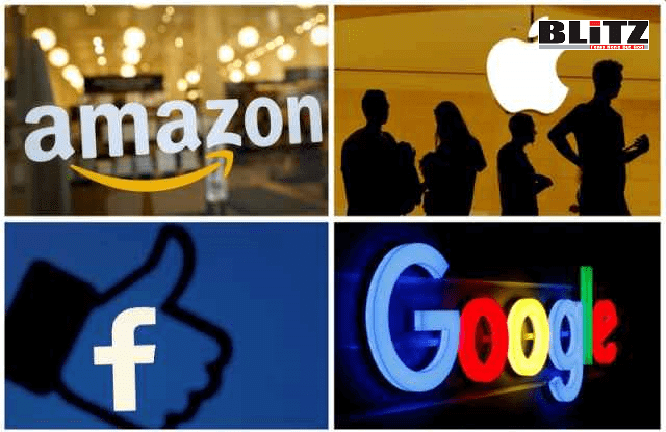 More than half of American voters strongly or somewhat support breaking up Silicon Valley tech giants to promote competition, according to a poll published Thursday.

Only 26% of voters oppose or strongly oppose splitting up the country’s largest tech companies, while 19% of those surveyed didn’t offer a view, a poll from progressive think tank Data for Progress showed. The poll, which surveyed 1,200 likely voters in September, comes as the House lawmakers conclude their nearly yearlong probe into the industry’s supposed anticompetitive behavior.

In the same poll, roughly 60% of respondents expressed support for a prompt on smartphones asking users which search engine they’d prefer rather than a service provider using Google as a default.

Google plans to introduce a choice screen in March for Android’s European users in an effort to settle the European Commission’s complaint that the company’s business model violates antitrust principles, Android announced in June. The company has yet to release data detailing whether users are selecting other search engines over Google, Politico reported Thursday.

The survey has a margin of error of plus or minus 2.8 percentage points and asked a range of questions, including respondents’ views on monopolies and the government’s role in regulating the internet, as well as whether Google should be prohibited from pushing its products on people.

Lawmakers on the antitrust subcommittee of the House Committee on the Judiciary gathered 1.3 million documents, conducted interviews and held five other hearings featuring tech executives, The Washington Post reported in July at the time of that month’s hearings. Democrats plan to produce a report some party leaders say will show Silicon Valley sidestepped federal competition laws, according to The Post.

A bipartisan group of 50 attorneys general across 48 states, the District of Columbia and Puerto Rico, began probing Google in September 2019 well before the coronavirus pandemic began.

The bulk of the attorneys general’s investigation focuses on Google’s online advertising, as the company owns the largest and most powerful tool in the link between online publishers and advertisers, according to a May Wall Street Journal report. The Department of Justice’s probe into the industry, meanwhile, is reportedly homing in on Google’s ad technology and search feature.