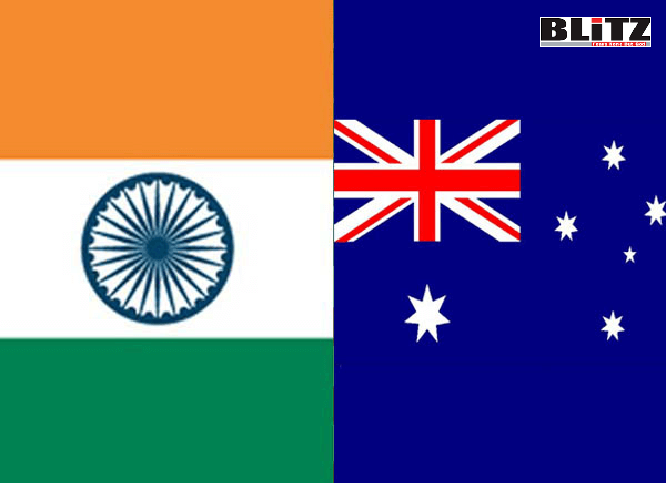 Media reports say Indian Minister of External Affairs Subrahmanyam Jaishankar confirmed on Wednesday that India and Australia are in discussions over a bilateral free trade agreement. The South China Morning Post (SCMP) mentioned that Australia and India held nine rounds of talks on a trade deal between 2011 and 2015, before Indian Prime Minister Narendra Modi and Australian Prime Minister Scott Morrison agreed to restart negotiations in June.

The reason why the India-Australia trade deal had been in negotiations over a long period of time but with little progress before 2020 is mainly due to a lack of motivation on both sides. Interactions between the two countries in the past were not as frequent as this year.

It has been widely seen that the two countries have made numerous efforts this year to boost bilateral ties. For example, Morrison and Modi in June announced the start of a “comprehensive strategic partnership” between the two countries. New Delhi in October invited Canberra to join its annual Malabar naval exercise, which was previously a trilateral maritime exercise only among the US, Japan and India. Furthermore, the two countries alongside Japan also agreed in September to start supply chain cooperation. Again this year, both Australia and India have had the impetus to further strengthen cooperation ranging from defense to politics and trade. As a result, a bilateral free trade agreement has been put on their respective agendas.

Against the backdrop of the novel coronavirus pandemic, both New Delhi and Canberra hope to overcome their economic plights by enhancing their bilateral coordination.

Additionally, the two countries’ ties with China have both dramatically deteriorated. Due to border disputes, India increased restrictions on Chinese investment and all sorts of unreasonable retaliatory measures against Chinese investment and enterprises, which have significantly jeopardized China-India ties. Bilateral economic exchanges between China and India have encountered significant challenges as a result.

China-Australia relations have also encountered unprecedented challenges. This year, Canberra has repeated its groundless criticism toward Beijing, ranging from the origins of COVID-19 to meddling in Hong Kong’s internal affairs. Beijing has implemented corresponding countermeasures, many of which are economic. The China-Australia relationship is considered to be at its lowest level since the beginning of this century.

The SCMP quoted Australian adjunct scholar Salvatore Babones as saying, “From a diplomatic perspective, an Australia-India FTA would be perceived as a win for both countries, even if from an economic standpoint it would be a largely symbolic deal.”

What he said is true. It will be “a win” in terms of diplomacy as it shows their stances in upgrading bilateral ties to the international community. Their enhanced cooperation will make up the shortcomings in the QUAD, an informal consultative mechanism comprising of the US, Australia, Japan and India. In the quadrilateral bloc, Japan and Australia are the close allies of the US. Washington and Tokyo have upgraded their ties with New Delhi. The India-Australia relationship was a weak link in the QUAD as they lacked close ties. The current efforts from Canberra and New Delhi in deepening their cooperation can also strengthen this link.

They also hope to send a signal to China by revealing their intent to reach a trade deal – Even though their ties with China have deteriorated, they have other trading partners to offset the losses. They may hope to warn China that if it continues the so-called coercive diplomacy as accused of by Australia, it will not work.

However, as a matter of fact, in economic terms, Australia is highly complementary with China rather than with India. China has been Australia’s largest export market. For instance, Chinese consumers are fond of many Australian exports, including wine and lobster. By contrast, constrained by the eating habits of the public, Indians have little interest in these goods exported by Australia. Canberra and New Delhi are not complementary regarding daily consumer goods.

When it comes to bulk commodities, India and Australia are not complementary either, but to some extent they compete against each other. Take iron ore. India is one of the world’s leading iron ore producers, and China has been one of their major buyers of iron ore. They are competitive rivals in attracting China to purchase more of their iron ore.

Hence, the attempts by Australia and India to reach a trade deal are only of “symbolic” significance, with limited pragmatic effects. Even if the two countries eventually sign a free trade deal, it will be still very difficult for Australia to make up its losses in the China market.

The author is director of the research department at the National Strategy Institute at Tsinghua University.