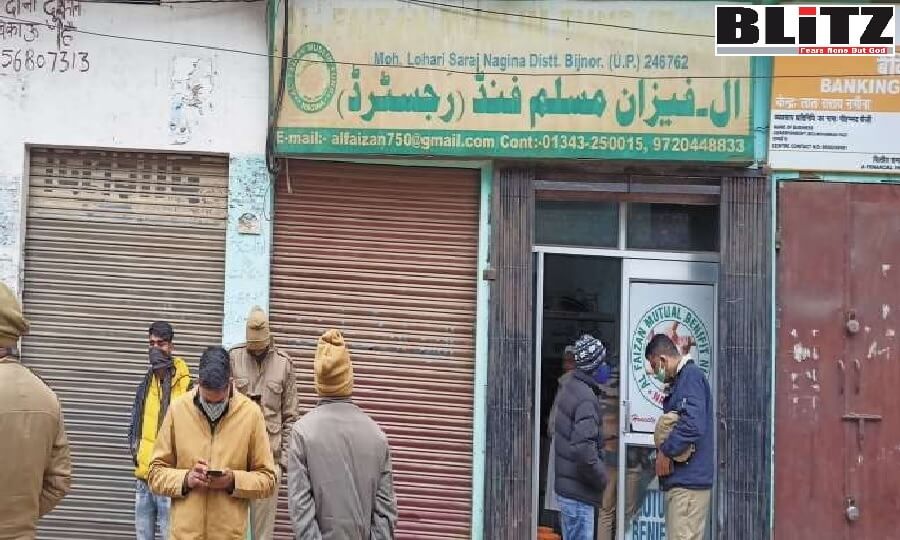 About five years back, when Indian national Mohammad Faizi inaugurated ‘Al Faizan Muslim Fund Ltd’ in Uttar Pradesh’ Bijnor district, the Muslims in the area rejoiced. Because it offered something, no other ‘bank’ was offering in the area. It offered its service exclusively to Muslims and told them it was Sharia-compliant, run strictly by Islamic laws. Earning interest on deposits is considered haram in Islam.

Now, over 190 Muslim customers have approached the police with the complaint that Faizi has closed the ‘bank’ and has fled to Dubai or Turkey.

Faizi started a customer care centre for the Bank of Baroda and eventually started convincing Muslims in the area to keep their hard-earned money safe in Al Faizan Muslim Fund Ltd. He was secretly running his ‘bank’ from the same premises.

Bijnor district has a significant population of Muslims. When Faizi’s business started growing, he hired agents to convince more Muslims in the district to deposit money in his ‘bank’. These agents were paid a commission on the amount they collected for deposits.

When the police raided the ‘bank’ premises, they seized Bank of Baroda banners, Bank of Baroda registers and other bank-related documents. But no cash was available.

Nagina Station House Officer (SHO) Krishna Murari told the press, “Faizi and his accomplices have been charged under the relevant sections of the IPC. Two operatives who were collecting money from people were apprehended and investigation is underway.”

A team of police also searched different locations in Delhi to nab Faizi, but the investigation suggests he has fled with money either to Dubai or Turkey.

In another similar case, UP Police is searching for Shine City group MD Rasheed Naseem, who has fled to Dubai. Before fleeing, he has duped customers thousands of crores. Naseem was running a real estate company, Shine City, and was offering customers a high return on their investment. Many customers were offered plots and luxury cars as incentives.