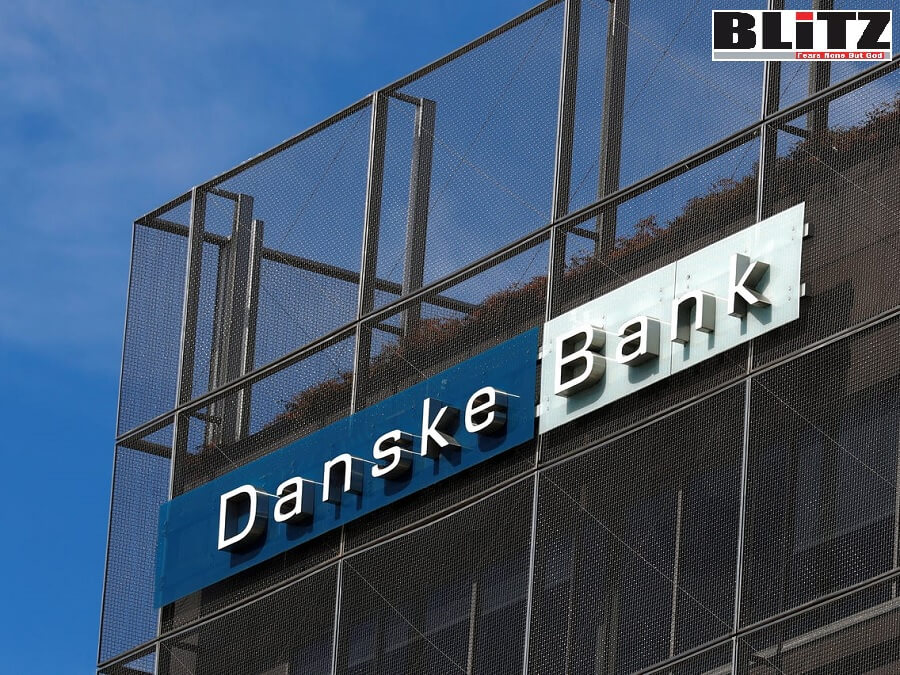 Skype user Maxim.Canning was a veritable one-stop-shop for anyone looking to launder illicit funds.

For a fee, he would not only sell you a company registered on an offshore paradise island, but also help you to disguise who really owned it. If you needed to transfer suspect money, he could make fake contracts to give it a semblance of legality, or rapidly funnel the cash through dozens of offshore accounts.

“Maxim” could even find you proxy directors to add to company paperwork — for a price.

“We have for 1000 euros per piece a Kazakh until 2022,” he wrote to one client in 2014, after the documents they had provided for a different director didn’t check out.

Estonian investigators say Maxim’s real name was Jevgeni Agnevštšikov, and he was one of 19 people on Danske Bank Estonia’s foreign banking team who they believe laundered more than US$1.6 billion of illicit funds for their clients.

The money allegedly originated in eight schemes in Russia, Azerbaijan, the U.S., Iran, Switzerland, and Georgia, as well as a scam that defrauded Facebook out of nearly $100 million. It flowed through Danske Bank Estonia accounts between 2007 and 2015, when the bank was at the center of one of Europe’s largest ever money laundering scandals.

Late last year, investigators presented a 160-page report to the 19 bankers detailing the accusations against them. The document, obtained by Estonia’s Eesti Ekspress and shared with OCCRP and Danish newspaper Berlingske, outlines the charges that prosecutors expect to file in the coming months, before the case goes to court. Only 15 are expected to face charges, however, as two were found not to have been involved and two provided evidence.

When Danske Bank closed its foreign banking division in 2015, several of these bankers moved to other lenders in Estonia, where investigators say some continued to launder money for up to four more years.

Lidmets declined to comment and reporters were unable to reach Kidjajev. Andres Simson, a lawyer for Agnevštšikov and another of the accused bankers, declined to comment while the case is ongoing, saying only: “I can confirm that my defendants deny any guilt.”

Philippe Vollot, chief administrative officer at Danske Bank, said the bank was cooperating with authorities in the investigation. “Combating financial crime and money laundering is a key priority for Danske Bank. Overall, we are now in a different position with respect to combating financial crime and money laundering than when the situation developed in Estonia,” he said.

State prosecutor Maria Entsik declined to comment on the contents of the report, which she said should not be disclosed before trial. She said police would soon send the full case file to prosecutors, so they could decide whether to take it forward.

“To date, a total amounting to 10 million euros in assets of suspects and third parties enriched by the proceeds of crime have been seized to secure the confiscation requirements of the state,” she added.

Conversations cited in the investigative document show how the bankers helped their clients to avoid running afoul of Danske Bank’s anti-money laundering controls.

In one Skype chat, banker Mikhail Murnikov advised user thunderball1111 on how to fill in the details of a proxy director to ensure it would be accepted by the bank’s Moscow offices, including adding fake seals and signatures. “Long live Photoshop,” he joked.

In another conversation from September 2014, Murnikov contacted someone going by the Skype name Richard-zorge77 with what he described as a “mega-proposal.”

“If the contracts go so difficult for you and not very beautifully. We have an additional service. We make contracts with stamps and signatures for our and every other bank. And whatever other documents. The price list is 1500 euros per company.”

It is not clear from the investigators’ report if Richard-zorge77 accepted the “mega-proposal,” but the following April, Murnikov sent him another message.

The following year, in June 2015, investigators caught Murnikov discussing creating fictitious beneficiaries for companies with another banker, Jekaterina Pankratova, for a suspect in a major money laundering case in Switzerland.

Murnikov declined to comment when contacted by reporters. Pankratova could not be reached.

The bankers were prolific. Based on data from Lidmet’s computer, investigators found the group had created more than 1,122 offshore companies between 2006 and 2010 and made millions of euros in fees and commissions.

Seized documents show the money was typically split several ways: A tenth went to the company that the bankers used as their cover; Kidjajev and Lidmets would each charge around 50-150 euros, depending on the service; and the rest went to the banker on the deal.

In some instances, the bankers charged a percentage of funds that they allowed to pass through Danske Bank accounts. Sometimes they offered clients a “transit service,” allowing them to transfer money to accounts that belonged to offshore companies that the bankers secretly controlled.

Investigators say the system was so effective that several of the bankers continued to use it after Danske Bank Estonia closed its foreign banking division, when they took clients with them to other Estonian banks or switched to working with Latvian banks. Some allegedly continued to launder money even after they were questioned by investigators in December 2018.

The bankers never seemed to care where the money that they allegedly laundered came from, but investigators identified at least eight criminal schemes that fed them funds to clean.

Close to $150 million that they are accused of laundering allegedly came from a huge Russian tax fraud scheme known as the Magnitsky case. It was named after the lawyer who discovered it, Sergey Magnitsky, who worked for a U.S asset manager that had been inadvertently used in the fraud. But when Magnitsky reported it to Russian authorities he was thrown in jail, where he died of mistreatment.

By far the biggest source of illicit funds was the Azerbaijani Laundromat, a vast money laundering operation and slush fund that channeled $2.9 billion out of the authoritarian state between 2012 and 2014. The operation was later revealed by a joint investigation involving OCCRP, Berlingske, and other international media.

Investigators say at least $1.4 billion from the Laundromat was channeled into 56 Danske Bank Estonia accounts. The bankers then helped to disguise the origins of the money through hundreds of fictional deals, channeling it to other accounts at the bank. Investigators said 322 bank accounts were created for “the account managers’ money laundering business.”

Other cash allegedly came from what the Estonian investigators described as a scheme used to defraud a global social media company based in California. Reporters confirmed this referred to a 2015 phishing scam against Facebook run by Lithuanian Evaldas Rimašauskas, who stole some $98 million using fake contracts from partner company Quanto.

The Estonian investigators found that a tenth of that money was transferred to Danske Bank Estonia accounts, most of which was then moved to Latvia. These were approved by one of the suspected bankers, who assured compliance officers that the transfers were above board.

Rimašauskas was convicted of the scam by a court in New York in 2019 and sentenced to five years behind bars.

More recently, members of the group of 20 bankers also allegedly helped to disguise the origin of illicit payments organized by Pascal Collard, a former employee of oil giant Gunvor who was convicted of bribing the leaders of Congo and the Côte d’Ivoire to win lucrative contracts in 2018.

The investigators’ report said a payment of 180,000 euros associated with the scheme was transferred by a Swiss citizen to accounts at Danske Bank Estonia. When compliance officers asked around the reason for the transaction, they were told it was to buy a luxury Bentley car.

In 2019, Swiss prosecutors ordered Gunvor to pay a $95 million fine for failing to prevent the bribery.

Other funds handled by the Danske Bank Estonia bankers, investigators allege, were the profits made from smuggling illegal cigarettes in the U.S., financial crimes in Iran, and a fake tourism marketing project that was used to steal $1.7 million from Georgia’s government.