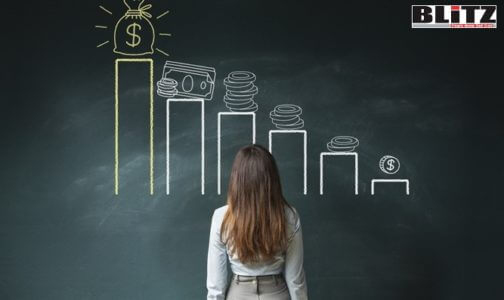 As a professional working in New York’s fast-paced finance industry, where women make up 54 percent of employees but a mere 29 percent of executives, I know that it pays to be confident, assertive and decisive. I also know that it’s critical to build a network of like-minded peers and mentors who want to support one another, give back to the community, and use our skills and experience to make smart investments.

For the past 13-plus years, I’ve climbed the corporate ladder while creating new leadership opportunities for other women in the finance industry. I know that diversity in the workplace leads to more creativity and new ideas, and I’ve proudly served as co-founder of the Bloomberg Women’s Community and Division Global Head of Diversity & Inclusion.

But at different points in my career, I’ve struggled to find my own community outside of the office. I felt it most acutely when I relocated a few years ago from London to New York, where I was even further from my native Israel and felt cut off from my roots. But I approached this challenge like I would any good business strategy: I identified an untapped market of Jewish professional women like myself who want to network and invest smartly while showing our support for the Jewish state, and I sought to meet this demand.

I realized I had the opportunity to make this vision a reality after a friend invited me to a gathering hosted by Development Corporation for Israel/Israel Bonds, which engages and encourages people, including young people, to invest in Israel. At the event, I was struck by the sense of family among those I met. Here were folks who, whether they had just met or known each other 30 years, acted like lifelong friends. I knew I had come to the right place, and it wasn’t long before I was regularly attending Israel Bonds’ events and investing in Israel bonds myself.

Early this year, nearly two years after that first introduction to Israel Bonds, I helped to launch the Israel Bonds New York Women’s Division. Our goal: to encourage local women to support Israel while building community. In partnership with my co-chair, Shira Lewis, and Israel Bonds’ professional staff, we started developing innovative programs and events aimed at empowering women in the New York area while strengthening our ties to Israel.

By designing initiatives that fit working women’s lifestyles and interests, we’re having a greater impact than I ever could have imagined or hoped. These include mindfulness programs that focus on maintaining a healthy work-life balance and young families’ workshops, which unite our millennial parents. They also include high-profile speakers, such as Israeli lawyer and human rights activist Nitsana Darshan-Leitner, who has made it her life’s work to advocate on behalf of victims of terrorism and bring those responsible to justice, and Israeli fashion designer Eli Tahari, who is dedicated to supporting the Jewish homeland. Darshan-Leitner and Tahari each drew more than 70 women from across the New York metro area to their events, many of whom have continued to return to others since then.

The results have been striking. I talk to countless women who now feel more confident about investing in Israel thanks to the sense of community and learning opportunities that events like these have created. I relate to their experiences personally. Despite working as a financial-services professional, I had personally made very few investments prior to my time with the Women’s Division. Now, a significant part of my growing portfolio is invested in Israel bonds.

There was a time when women relied mostly or solely on their husbands to make these kinds of decisions, but those days are gone. I recently had the opportunity to speak with Talie Danon, wife of Israel’s Ambassador to the United Nations Danny Danon, who also organizes women in support of Israel. I told her what a role model she was for having a voice and a seat at the table to help drive the agenda. In her, I saw the kind of leadership that I’m working to help foster with my friends and colleagues in the New York Women’s Division.

And this is just the beginning. Throughout my time with Israel Bonds—from my first event to my role in helping to launch the New York Women’s Division—I’ve been inspired by what has been accomplished through uniting over support for the Jewish state. The desire to do so by investing in Israel bonds has not only helped to create a community of women who feel empowered to show leadership in bold new ways, but it has also sent the clear message that we stand against the rising tide of anti-Semitism and BDS in the world. For me, nothing could be more important than taking an affirmative position in supporting and investing in Israel, and I’m honored to be part of that movement.

Liran Yechiel is the volunteer co-chair of the Development Corporation for Israel/Israel Bonds New York Women’s Division and the Global Head of Product for Regulatory Tax & Compliance at Bloomberg LP.