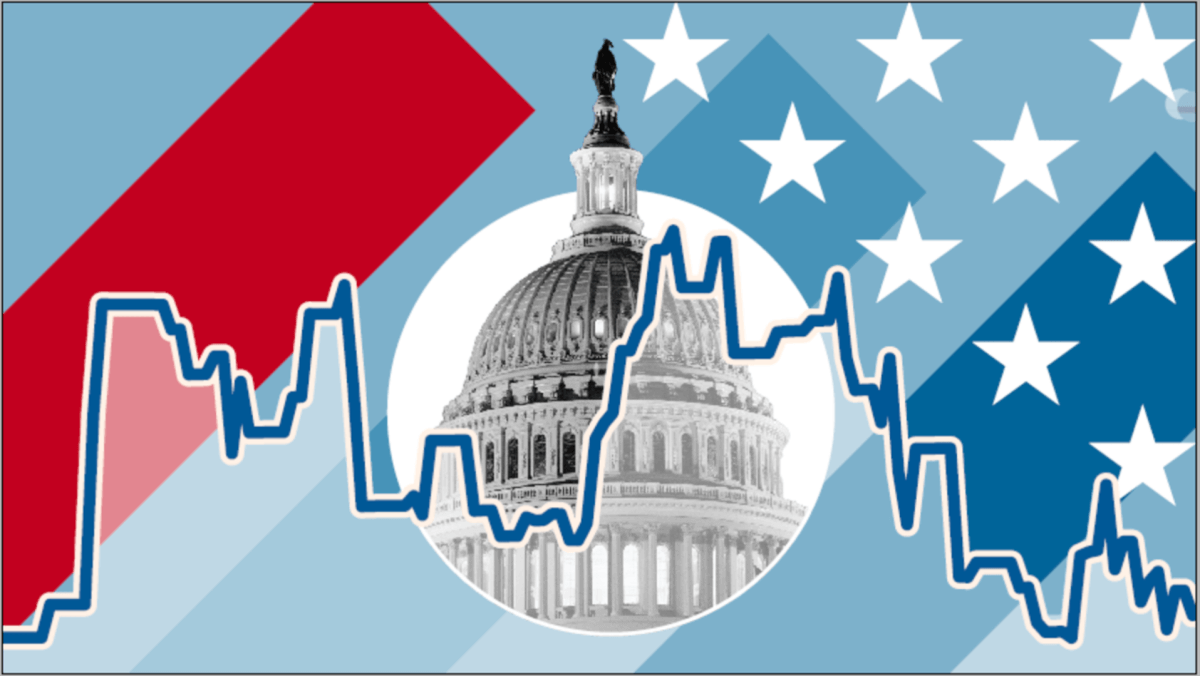 Continuing his reemergence on the campaign trail in the lead up to the 2018 midterm elections, former President Barack Obamaurged a crowd of roughly 3,000 people gathered on a hot and humid late summer night in Cleveland, Ohio, to “restore some sanity to our politics, and give the power back to the American people.”

Democrats need a net gain of 23 seats to take majority control of the House of Representatives. Majority-approval presidents have not always been immune from the political forces that typically create big changes in power at midterm elections. Dwight Eisenhower’s GOP lost 47 seats in 1958 when he had a 57% job approval rating, although that was one of his lowest ratings as president and occurred as an economic recession was ending. Republican House members elected in 1956 on Eisenhower’s coattails also lacked his presence at the top of the ballot in 1958.

Among presidents with approval ratings below 50%, Jimmy Carter had the smallest seat loss of 11 in 1978 when his approval rating was 49%. Barack Obama and the Democrats lost just 13 seats in 2014.

Seat loss is affected by how many seats the president’s party holds going into the election. Democrats held 255 seats before the 2010 election — among their highest since the early 1990s — but only 201 in 2014 when they were the minority party. Republicans enter the 2018 midterms with 236 seats, a high total for them.

GOP hopes for maintaining their majority status in Congress may rest mostly on the political map, and whether districts that favor Republican candidates are favorable enough that their party can win even if the district votes much more Democratic than usual.

Taylor Eaton from Sugarcreek in a letter to the editor wrote: “If Democrats regain control of Congress in the 2018 midterm elections, President Donald Trump will be impeached. Every Democrat, accompanied with a quarter of Republicans, will vote for impeachment.

“This isn’t hyperbole. This is the reality America faces Nov. 6. The Democratic base is energized. They are motivated by one thing: to see Trump removed from office. With a Democrat majority, President Trump’s entire agenda will be obstructed, and impeachment hearings would begin almost immediately. If you believe there is a “red wave” coming in 2018, it’s time to wake up.

“As a constitutional conservative, I am critical of many Republicans, but this election I’m putting these issues aside, and I implore you to do the same. I’m a strong advocate for evaluating each candidate as an individual based on principles you align yourself with. I’ve even left some Republican lines empty on the ballot because I didn’t agree with them, but this election is different. This isn’t a normal election. The 2018 midterm is a firewall for the president. This election is to protect the 2016 election.

“The Democratic party seeks to reverse the results of a constitutionally elected president simply because they don’t like him. This is a dangerous precedent and not how the framers intended our republic to work.

“Regardless of my past grievances with some candidates, I’m voting straight Republican to protect the president and the Constitution of the United States. Every vote counts. Democrats learned that lesson in 2016; let’s not make the same mistake and lose what great progress we have made. Conservative radio talk show host Mark Levin put it best, “I have one question now for my representative … just one: Are you going to follow the Constitution, not vote to impeach the president?”

“For this midterm election, that’s enough.”

Like Loading...
Continue Reading
Advertisement
You may also like...
Related Topics:For this election that is enough, Majority status in Congress, Taylor Eaton from Sugarcreek, This isn't hyperbole