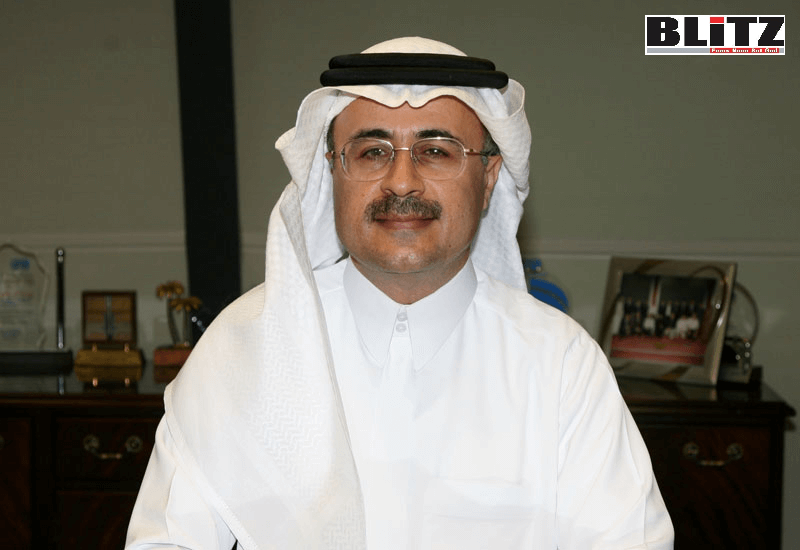 Saudi Aramco, the world’s biggest oil company, made a profit of almost $50 billion in a year described by CEO Amin Nasser as “unprecedented and difficult.”

Announcing full year results for 2020 — during which global oil markets plunged as the coronavirus pandemic impacted demand — Nasser said that net income came in at $49 billion, “one of the highest earnings of any public company globally.”

Nasser said that the company “displayed strong financial resilience in one of the most challenging periods for the industry, during which revenues were impacted by lower crude oil prices and volumes sold, and weakened refining and chemicals margins.”

In 2019, before oil prices crashed and members of the OPEC+ alliance, including Saudi Arabia, cut production in response to falling demand, Aramco made $88.2 billion net income.

Despite the fall in profit, Aramco made good on its pledge at the time of its initial public offering to pay $75 billion in dividends to shareholders. Nasser told Arab News that Aramco planned to maintain dividends at that level and that there were no plans of an increase, as some analysts have speculated.

“We have declared $75 billion and that’s our planner this year, and there is no intention this year to declare any additional dividend beyond the $75 billion. These are always evaluated by the board and subject to board approval,” he said.

Capital expenditure will be cut to about $35 billion in 2021, he said, lower than previous guidance of as much as $54 billion.

“I am proud that despite the many challenges from COVID-19, Aramco demonstrated its unique value proposition through its considerable financial and operational agility,” he said.

The Aramco chief said that he was confident that demand for energy would rebound as global economies continue their recovery. “We foresee increased oil demand in 2021,” Nasser added, indicating that global demand for crude would be back to pre-pandemic levels of about 100 million barrels per day next year.

“Looking ahead, our long-term strategy to optimize our oil and gas portfolio is on track and, as the macro environment improves, we are seeing a pick-up in demand in Asia and also positive signs elsewhere. We remain confident that we will emerge on the other side of this pandemic in a position of strength,” Nasser said.

But demand from Europe, which is facing a third wave of coronavirus infections and renewed lockdowns, is lagging behind demand recovery in Asia and the US.

Asked about the effect on Aramco’s business of the recent attacks on facilities in Saudi Arabia, Nasser said that safety is the company’s top priority, adding that the Saudi government had been very successful in stopping attacks before they reached the Kingdom. “The most important thing is the readiness of our people,” he said.

“We are capable under any scenario of putting the facility back on stream,” he added, in reference to an attack last week that hit a facility in Riyadh, causing a small fire that was quickly put out with no impact on supply.

“Aramco continued its strong track record of supply reliability, despite disruptions caused by COVID-19, by delivering crude oil and other products with 99.9 percent reliability in 2020,” Nasser said.

Aramco achieved two milestones in 2020: The biggest single day of production of 12.1 million barrels in April after the OPEC+ cuts were briefly abandoned, and a daily record for gas production of 10.7 billion cubic feet.

Khalid Al-Dabbagh, Aramco’s chief financial officer, said that fuller details of borrowing would be available on Monday when detailed financial figures are published, but that gearing — the ratio of borrowing to equity value — would be slightly higher than the 21.8 percent level declared at the end of the third quarter.

“Through its flexible capital program and prudent financial management, the company was able to adjust spending and focus on high-return opportunities. Capital expenditure in 2020 was $27 billion due to the implementation of optimization and efficiency programs, representing a significant saving on capital expenditure of $33 billion in 2019,” it added.

Nasser said that Aramco’s long-term strategy to optimize its oil and gas portfolio is on track, and that a special corporate unit to examine the possibility of selling parts of the business or entering into joint venture arrangements with international partners was still under consideration.

Aramco highlighted its initiatives in the cleaner energy sector. “Technology and innovation are key to delivering more energy with fewer emissions. Aramco continued to make advances in cutting-edge technology and received a company record of 683 US patents in 2020 — among the highest in its industry,” the company said.

“These accomplishments are the result of the company’s decades-long reservoir management and production approach, which includes leveraging advanced technologies and minimizing emissions and flaring,” it said.

The company is well positioned to capitalize on developments in hydrogen, given its scale, infrastructure, low costs and low upstream carbon intensity.

One promising area is the conversion of hydrocarbons to hydrogen and then to ammonia, while capturing the CO2 created during the process. In August, Aramco exported the world’s first shipment of high-grade blue ammonia to Japan for use in zero-carbon power generation, a significant step towards sustainable hydrogen usage, the company said.

Aramco’s shares, quoted on the Tadawul exchange in Riyadh and the best performing of listed oil company stocks during the pandemic, rose 0.57 percent to SR35.40 ($9.44) after the results were announced.

Nasser paid tribute to the Aramco workforce in a difficult year. “Our exceptional performance during such testing times owed much to the unwavering spirit and resilience of our employees, who set operational records and continued to meet the world’s energy needs both safely and reliably.”