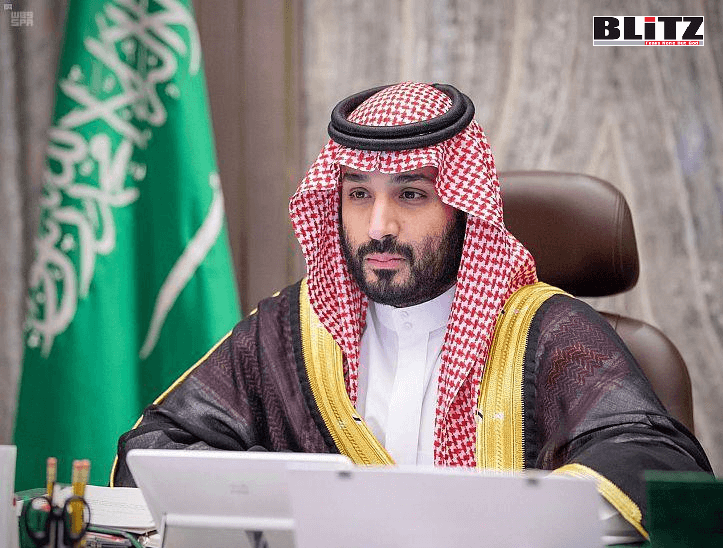 Crown Prince Muhammad Bin Salman, deputy prime minister, minister of defense and chairman of the Council of Economic and Development Affairs (CEDA), affirmed that the Kingdom would continue to consolidate the gains made since the approval of the Kingdom’s Vision 2030, and to move towards further development and progress in various economic, developmental and social fields.

The Crown Prince, speaking after the approval of the 2021 budget, stated that the year 2020 was a difficult year for the whole world due to the outbreak of the COVID-19 pandemic, yet the Kingdom of Saudi Arabia’s economy has proven its ability to face the repercussions of the pandemic. Moreover, the Kingdom was able to take health and preventive measures aimed primarily at protecting human health through reducing the spread of the epidemic, and providing free treatment for infected cases.

He indicated that under the continuous directives of the Custodian of the Two Holy Mosques, financial and economic measures have been taken aimed at limiting the repercussions of the pandemic on economic activities. The crisis was managed with great care and effectively that led to mitigating the negative effects on the Saudi economy which was expected earlier to be stronger, as balance between the precautionary measures and the timing of the gradual return of economic activities was at a good pace.

It also contributed to maintaining financial stability, and everything that would promote sustainable economic growth will be continued. It is among the budget’s priorities to continue working to limit the effects of the pandemic and improve dealing with it, with the total approved spending reaching SR990 billion.

This contributes to stimulating and supporting economic activities and creating more job opportunities for citizens. He stressed his concern for social protection, development projects, vision realization programs, and technical development, and work continues to review all programs and projects to ensure their consistency with the goals of the vision and raise the efficiency of spending.

The Crown Prince added that the revenues in the budget are estimated at SR849 billion, an increase of 10.3% over the year 2020, which contributes to more financial stability, and that the target is to reduce the budget deficit in 2021 to about SR141 billion, an estimated rate of 4.9% of the Gross Domestic Product (GDP), down from SR298 billion, an estimated rate of 12.0% of the estimated GDP for the year 2020, and maintaining the rates of public debt is at an average of 32.7% of the GDP, compared to 34.3% in 2020.

He pointed out that economic growth is expected to increase while continuing to develop the private sector role by facilitating the business environment, advancing privatization programs, providing more opportunities for the private sector to participate in infrastructure projects, developing promising and new sectors.

Moreover, continuation in implementing the programs of the Kingdom’s Vision 2030 to achieve its goals to contribute to the promotion of economic growth, and to support the local content to increase its contribution to the economic development of the Kingdom, in addition to the important role that development funds play in pushing economic activity.

He added that the Public Investment Fund (PIF) has become one of the main engines of the Saudi economy growth as it intends to pump hundreds of billions into the Saudi economy in the coming year and the following years, which will enable the emergence of new sectors, create more job opportunities and provide additional revenues for the state.

He pointed to the Kingdom’s efforts, based on its policy to preserve the stability of international energy markets, in cooperation with the OPEC+ to work on stabilizing oil markets, which witnessed a sharp decline in prices, as the production agreement for the group countries contributed to restoring stability to the markets and improving price levels.

The Crown Prince affirmed that the Kingdom, through its presidency of the G20 this year, was keen to enhance the group’s role in addressing global economic crises, by stimulating the efforts of the group’s countries, raising the level of coordination and cooperation among them to jointly confront the pandemic and limit its effects on global economic growth, and mobilize resources to fund its programs in responding to the pandemic.

The Crown Prince also expressed his thanks and gratitude to the citizens and expatriates, and workers in the health sector and the security sector for the exceptional efforts they made during the confrontation of the COVID-19 pandemic. He also thanked our brave soldiers in the southern border, praying for them to remain steadfast, and supplicating to Allah Almighty to bestow mercy on the souls of our martyrs.