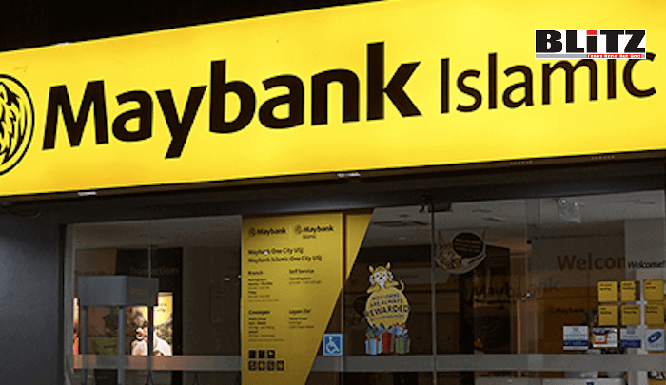 Sharia finance is rapidly growing in the UK, Canada and Australia, and generally expanding across the globe. “Sharia-compliant financial assets are forecast to reach $3.8trn by 2023, averaging annual growth of 10 percent.” A UK-based company aims to boost international opportunities of Sharia finance even further.

In the latest edition of World Finance, published by the London company World News Media Limited, “the 2020 Islamic Finance Awards celebrate the success stories that have emerged out of this rapidly growing sector.” The World Finance Awards page states:

Our judging panel boasts over 230 years of financial and business journalism, supported by a research team that works round the clock to ensure our award winners are the most deserving in their sector. But that’s only part of the puzzle. We rely on reader insight and experience to provide nominations to the judging panel, and we relish hearing about new experts and burgeoning markets.

But a main goal of the awards is to boost and encourage growth in its winners in the Islamic Finance sector. World Finance acknowledges that “although Islamic banking continues to show solid growth, there has been some turbulence,” therefore, “the World Finance Islamic Finance Awards 2020 showcase the firms looking to the future by broadening their appeal.”

Islamic finance in the UK shows the biggest growth trends, according to World Finance, so its publisher, World News Media Limited, couldn’t be based in a more opportune country. World Finance indicates that “beyond Africa, the UK presents a huge prospect for the Islamic finance market. The country became the first western nation to issue a sovereign sukuk in 2014, and now it is the biggest centre for Sharia-compliant finance in the West. There are five licensed, fully Sharia-compliant banks in the UK, and more than 20 additional banks offer some form of Islamic banking.”

In non-Muslim countries, Sharia financing services are advertised as not restricted to the Muslim community. For example, in Australia, the huge “growth of institutions offering Islamic Finance services are seeking to benefit the whole of Australia.”

Jihad Watch covered a story back in February about the Sharia finance trend also taking off in Canada. Its rapid expansion is proportionate with a growing Sharia-adherent population. Since 2007 in Canada, Sharia finance has been promoted by politically active (in the Conservative camp) and prominent lawyer Walied Soliman, who was named the 2019 Global Citizen Laureate by the United Nations Association in Canada. Soliman’s support for Sharia financing has “caused sparks to fly in the Conservative leadership race.”

Although Sharia finance in and of itself is merely based on profit-and-loss sharing and declining balance-sharing for mortgages, everyone knows the power potential rooted in money markets, so the expansion of Sharia-compliant finance poses an indirect, but very real threat to Western interests. Frank Gaffney, founder of the Center for Security Policy, warns succinctly that it is “green-lighting a seditious system that supports jihad.” He further states:

If you understand what Shariah is, you understand that it is a pretty awful system. Not something that you’d want insinuated in your society and becoming a major feature of your economic system…..Shariah (Islamic law as dictated by the Koran) governs all aspects of life, from the personal practice of the faith to how you relate to your family to how you relate to your business partners, to your community … all the way up to how the world is run, and it is all one seamless program. You can’t say ‘I’ll take the personal pietistic practice … and skip the beheading and the flogging and the stoning and the global theocracy.

Max Tani, professor of finance at the University of New South Wales in Canberra, Australia, also indicates a critical principle in Sharia finance which demonstrates that it does not function in isolation from the Sharia law that governs the entire belief system of its adherents. Tani says that “Islamic principles [Shari’a] constrain the financial choices of Muslims in a number of ways, as it prohibits drawing/paying a return from/on debt….For an observant Muslim, it is not possible to undertake a traditional mortgage without breaking religious obligations.”

Under the US Constitution, it is a little more difficult for Sharia finance to proliferate at the same rate as it is growing in the UK and Canada, because “the biggest challenge in introducing takaful, sukuk and Islamic finance in the US is the First Amendment of the US Constitution, which prohibits the making of any law respecting an establishment of religion or impeding the free exercise of religion as well as the Establishment Clause.”

However, it is still estimated that some four billion dollars in financial transactions based on Sharia principles is being conducted in America. This includes sukuk bonds and mortgages. But according to an article published in The Hill, “public objections to Sharia law paralyze discourse about the intersection of Islamic finance and U.S. rules for tax and accounting. The result is extreme uncertainty, which likely costs the U.S. government critical tax revenue and leaves both taxpayers and regulators confused.”

The promotion of Sharia finance by World Finance and its parent organization World News Media Ltd. is bad news. By actively “broadening its appeal,” all the associated ills that Sharia finance brings comes right along with it. Alarm should be raised in the West about this creeping Sharia, particularly over the fact that the International Monetary Fund(IMF) has played a key role in the expansion of Sharia finance and in the establishment of the Islamic Financial Services Board. Almost every country is a member of the IMF, but America “is the largest cumulative contributor to the IMF at $155 billion and the largest voting bloc—holding effective veto power for many decisions.” It is time for America to examine Sharia finance closely and reassess the terms of its involvement in the IMF.

LONDON, April 6, 2020 /PRNewswire/ — Despite its small size, the Islamic banking sector has achieved tremendous growth in recent years. According to the IMF, Islamic lenders have outperformed conventional banks over the past decade, and there is still plenty of room for growth. Sharia-compliant financial assets are forecast to reach $3.8trn by 2023, averaging annual growth of 10 percent, according to Thomson Reuters’ 2018 Islamic Finance Development Report.

In the latest edition of World Finance, the 2020 Islamic Finance Awards celebrate the success stories that have emerged out of this rapidly growing sector. These institutions have demonstrated resilience even in the face of unexpectedly low growth last year caused by low oil prices, global trade disputes and political instability.

They have achieved this by capitalising on new opportunities such as the digitalisation of the banking sector. Today, there are more than 100 Islamic fintech companies around the world, according to IFN Fintech. Through the deployment of robo-advisors and the creation of alternative asset marketplaces, these companies stand to significantly boost financial inclusion in North Africa and the Middle East, where the unbanked population is still relatively high.